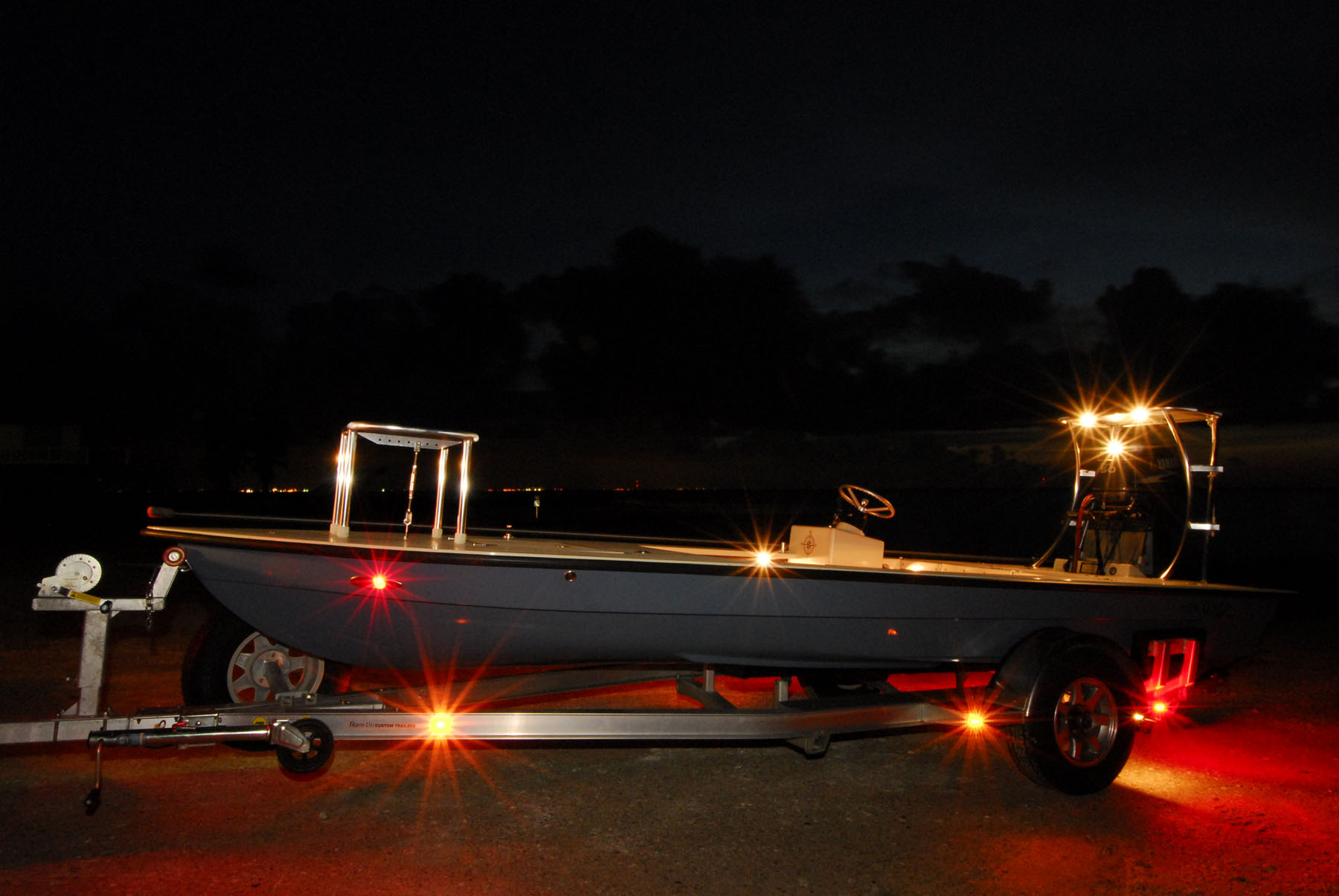 I do not know about the rest of you but, I am very picky about the equipment I use. Whether it is guns, cameras, tackle or boats, plain and simple, I want high-quality products that not only perform, but feel comfortable to me. In short, it was quite a stretch for me to go out on limb and buy a new skiff when I was very pleased with the performance and familiarity of the old one. The whole process was unbelievably stressful for me but it is done and I am beyond pleased.

The funny thing about the new skiff is- the thought of getting a new one hadn't crossed my mind in years. I was quite happy with my Hell's Bay Waterman and personally did not want to do business with Hell's Bay after the founding owners sold the company and since no other company was building skiffs up to the standards that the original crew at Hell's Bay set, I decided to just run my boat until I was ready to retire and re-power when necessary. That is until I got a call from Tom Gordon a couple of years back.

I had been dealing with Tom, the old shop manager from the original Hell's Bay crew, for years with my two previous boats and was surprised to learn he was leaving Hell's Bay. He, like so many of us using Hell's Bay boats had seen the writing on the wall- the new owner of the company was driving it into the ground and he was getting out. He also dropped a big bomb on me when he said that he was leaving with (purchased) the Waterman molds and was going to start his own company.

Knowing what an incredible craftsman Tom is, I knew that good things were on the horizon.

We did not discuss me getting a new skiff at the time but he did mention that when I got ready for a skiff he would like me to run one of his. I of course was now considering up-grading but still did not think I was quite ready. Now fast forward a year or so to February '06 while sitting in Tom's office in Florida while my buddy Shane is ordering his boat and Tom looks at me and asks, "So when am I going to get you into a new boat?"

Well I did not cave on that visit but, while visiting his shop a month later and looking at all of the new boats and innovations he was putting into them, well I guess I do not have to tell you that all of the fumes from the resins and gelcoats got to me but. . . moments later I was talking hull and deck colors and here I am 18 months later with a brand spankin' new Gordon Waterman.

The hull of this skiff is identical to my old Hell's Bay Waterman but the cockpit is finished out much nicer with a cockpit liner and livewell. Heck, I just thought my old skiff was built well. Tom has gone in and refined several minor flaws that the old boat had and his rigging crew are so attentive to every little detail that it will blow your mind. The wiring, fuel system and steering are rigged so flawlessly that I am scared to ever let anyone work on the boat for fear of it not going back together the same way.

As I mentioned above, the hull of this skiff is the same as my old one, but I made some major changes in the rigging. One example is that, since the Mercury two-stroke 60 hp (220 lbs) motors are no longer being made I had to go with either an Evinrude E-Tec 60 hp (240 lbs) or go with a Yamaha 70 hp two-stroke (240 lbs). When you look at the two choices the Yamaha is a no-brainer when it comes to the weight to horsepower ratio however, I discovered another option- the Yamaha 50 hp two-stroke. The Yamaha 50 only weighed in at 174 lbs and after running several skiffs with different motors I decided this was my best option considering that I am more concerned about what my boat will do once I stop than how I get there.

I knew my choice in the 50 Yamaha would not be without hassle. The engine is at the bottom of the range of power for the 17'-18' skiffs but I knew it could be done with a little help from a prop expert so I enlisted the help of my favorite prop guy, Louie Baumann. As usual, Louie was almost perfect in his recommendation for the right diameter and pitch on the prop. We now are in the process of fine tuning to make full use of every one of those 50 horses. Again, somewhat of a hassle, but this skiff floats almost a full inch shallower than its predecessor. That may not seem like a lot to most of you but I can think of plenty of days that if I could have floated just a half-inch shallower, my sports would have caught a few more fish.

Anyway, I was fortunate enough to have the chance to visit the shop several times during the process and because Tom is custom boat builder, I was able to make several changes along the way. Most of the changes had to do with my lighting options but I was able to also change the style of my poling platform as well as add a second attachment point for my bow platform. The second position for my bow platform will allow me to move it forward for the more skilled and agile anglers and then move it back to be used as a seat for those who cannot stay on their feet all day. That is the difference in buying a custom boat versus a production boat. . . the builder makes sure it is perfect before it leaves the shop instead of some dealer drilling holes in your new boat to add this or that. Another advantage is that it is a matter of pride for the custom boat builder. He wants his boats perfect where a production facility is all about volume. And, while quality and pride are major advantages in purchasing a custom skiff, there is one major disadvantage and that is the wait.

As I mentioned I started this process 18 months ago but do not fret (if you are interested in a Gordon Waterman), the wait is not actually that long. I just waited a little while before I gave Tom the green light. I needed to make sure I had my old skiff sold. Incidentally, there were several hiccups in the production line that slowed the delivery of my skiff which, in turn caused me a great deal of aggravation but, as my buddy kept saying, "It will be worth the wait." He was of course right.

Now that it is all said and done, I am ecstatic about the new boat. In fact I am so jacked about it that I finally broke down and went to visit friend and fellow fly-fisherman, Chuck Nash who owns a Chevy dealership in San Marcos, Texas to buy a brand new truck that matches the skiff.

For someone who was not planning on buying a new boat and swore he would never drive a new truck, I would have to say I have pretty much lost my mind. It is kind of like my good friend Todd Prestidge said when he visited the past weekend, "Who are you and what did you do with my buddy Scott?"

For more into on Baumann Propellers visit www.baumannprops.com