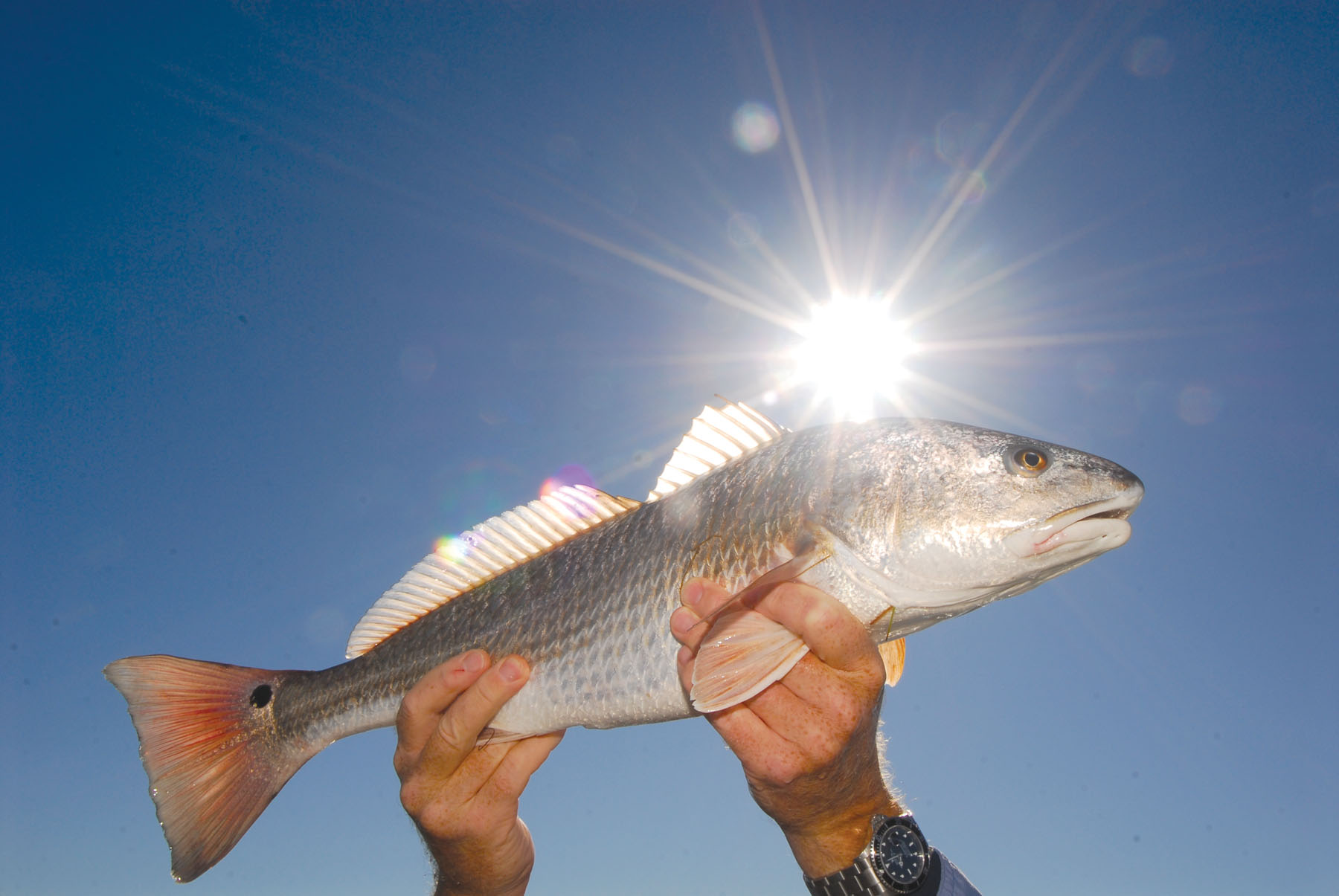 As I sit here writing this February column shortly after celebrating the New Year, I realize that I (and I many other anglers) am, in fact, celebrating the end of 2009 rather than the beginning of 2010. You know what I'm talking about: a bad economy coupled with severe drought conditions and followed by torrential rains. All in and all done, the year 2009 was kind to very few of us, but as the old saying goes, when you're at rock bottom, the only place you can go is up. So to get this New Year started off with a bang, I am going to focus on what I believe to a big bright horizon with lots of possibilities.

For example, let's take a look at the very first day of 2010. Outside of being windy and cold that morning, it was as pretty a day as I can remember. Of course, being the day after New Year's Eve and all, I slept in and missed the sunrise. There was no way I was going to miss the sunset over the bay, too, so a new fishing buddy and I launched the skiff and set off across the bay to witness the end of what I hope to be the first of many beautiful days this year. This particular day even ended great as we had the opportunity to cast a bucktail to a small pod of fish just as the sun was hitting the horizon. The first fish of the year is always a special moment for me and to share it with a new friend means even more.

The point being, that after all the awful weather we've had, I am hoping Mother Nature gives us a break this year and allows us to reap the benefits of all the harsh conditions she's dealt lately. That's right folks; the drought is over! (For now.) I mean, let's face it; the prominent weather pattern in Texas is one giant drought interrupted by the occasional torrential flood, which is exactly what we got this past fall: lots and lots of rain! None of us got to fish as much as we would have liked, but it goes without saying that we needed every bit of rain that fell.

Thankfully, as of late, we are seeing fewer and fewer big green blobs on the radar, and the salinities in most of our Texas Bays have dropped to a more normal level or, in some cases, at little fresher than normal levels. Let me tell you, this is good news for our bays. This last year, most of our bays experienced hyper-saline conditions causing detrimental effects on the nursery areas that are necessary for rearing shrimp, crabs, and baitfish. The saline deprivation also created unfavorable growing conditions for habitat necessary to sustain what little forage did survive the higher salinities. At no time was this more apparent than when the autumn months arrived, but the fish never moved into the shallows to hunt the numerous white shrimp that should have been there. I have high hopes that we'll receive some appropriate rains this year to help the bays start producing the crustaceans and food fish that are so important to the great fishing we all hope for.

As for the rotten economy, well it has hit us all in some way or another. In many cases, it hit people so hard that they couldn't afford to fish as much as they normally would have. However, if you believe everything you hear on talk radio and TV, the economy is getting better, albeit very slowly. Again, I have high hopes, not only for the many people in the fishing industry that have taken major hits to their incomes, but to everyone out there because simple economic principals dictate that we need to make money to spend it, and you have to spend money to go fishing.

So with 2009 behind us, it's time to focus on all the good things to come in 2010. I think the cards are stacked in our favor because as I said earlier, when you are low as low can get, the only place to go is up. For all us fishermen out there, it's going to be a spectacular year with bright, sunny days where the only thing to do is pick a point on the compass, point the bow to the horizon, and go fishing.

Here's to you all in this upcoming year! Wishing you the best of tides, the fairest of winds, and all the great stuff like that!