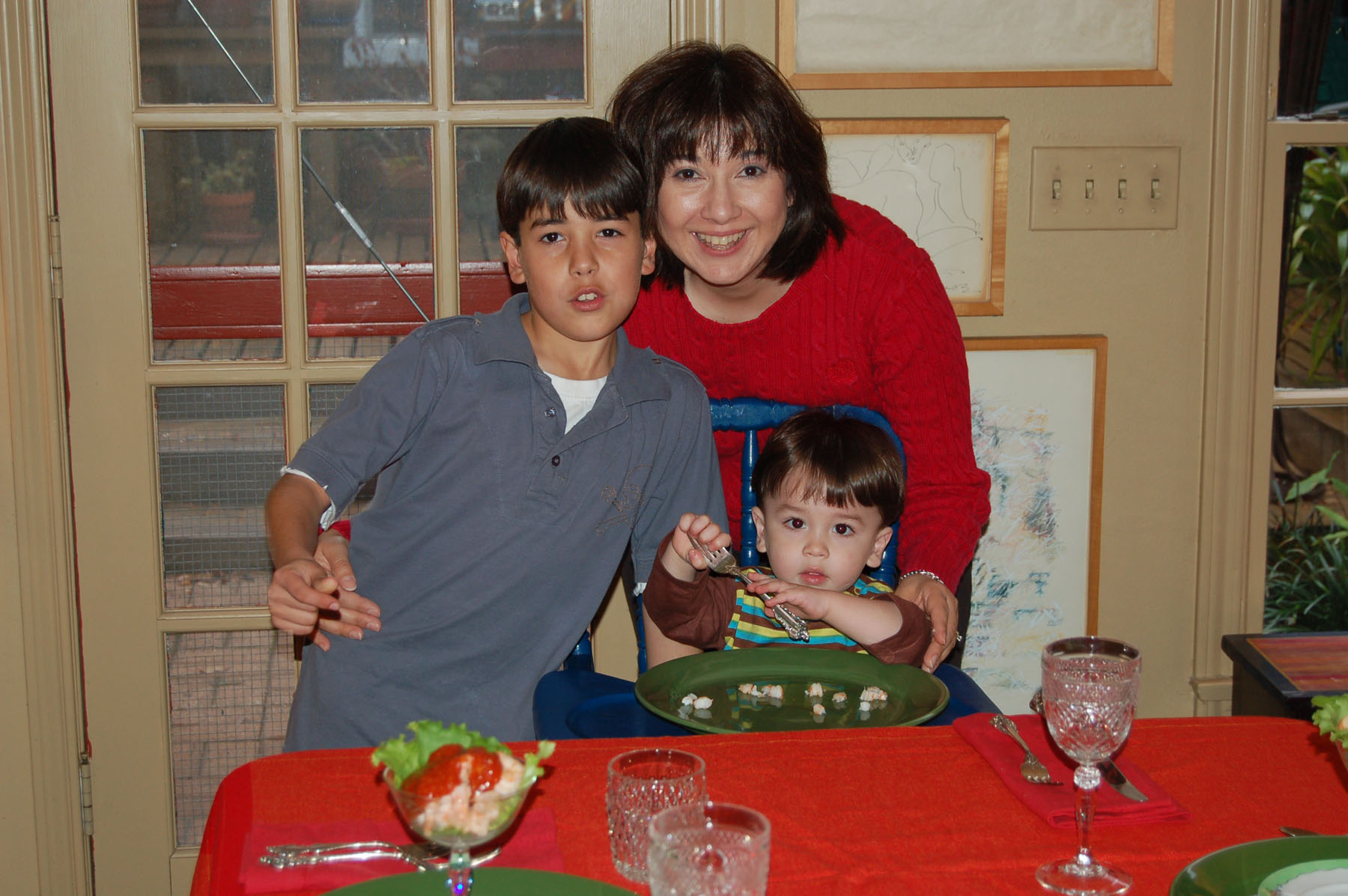 Tournament fishing is not the most important thing in the world. Put it in perspective, family comes first.
As the end of 2007 draws near, this is a good time to reflect on some of the comments heard, overheard and read throughout the year. Agreement with all the comments is irrelevant. The comments were made by someone who felt a certain way and that is the way that person stated their opinion. Several comments confirmed what was known for a while and I would like to communicate some of my views on tournament fishing in general. Some of these comments are common sense, but issues keep coming up and they bear discussion again.

First and foremost; not all fishermen and boaters look upon tournaments as favorably as we do. Now most tournament anglers are aware that there is an anti-tournament crowd around, but this fact does not seem to have the positive effect it should on their behavior. Examples of tournament fishermen doing this or that have filled internet chat rooms. Today's world of high speed internet, digital photos and cell phone cameras sets up situations in which many angler's actions are quickly captured and broadcast for all to see. There are many examples where once the stone is cast; it takes superhuman effort to set the record straight; if it can ever be set straight at all. Every tournament angler needs to ensure his behavior both on and off the water is exemplary. Proper behavior extends into the communities we fish in and our actions can quickly result in not being welcome back to a host community. Always take the high road in conflicts and don't let the quest for the prize overcome common sense and good judgment. When it comes down to it, it is just fishing.

Be a steward of the environment. Any act that can be interpreted as harmful to the environment or wildlife will be interpreted that way. Last month Jay Watkins discussed burning flats and scouting for fish. I am not against burning, it has its place in tournament fishing and I have done it. The flip side is that anyone who practices burning in any form or fashion must be prepared for any negative consequences. It is best to assume that anyone at anytime can take your photo and put your actions in a bad light. If your prop wash is churning up mud or sand, the bottom is being damaged. Take the extra time to troll or idle out until you are in deep water to get on plane. At all times, practice safe boating and boat operation when on the water. The bottom line should be to give other anglers more room than you would expect if you were in their shoes. The quickest and most effective way to drag down the sport of competitive fishing is to show the general public that the poor actions of a few are the actions of all.

Tournament anglers are not necessarily the best fishermen in Texas. Just because we participate in tournaments does not mean that we are better than everybody else. It only means that we have the ways, means and desire to participate. Having said this, I also want to say there are some tournament anglers and teams that are truly unmatched in their ability to find quality fish. I am constantly amazed at the level of knowledge of the pursued species that some anglers have. The high level of understanding of the species results in knowing where and when to fish no matter what the conditions. This knowledge comes through years of experience and homework. I also know that there are plenty of non-tournament anglers that are highly skilled and choose not to participate in tournaments for whatever reason. Any thoughts one has that they are better or more skilled than non-tournament anglers will lead to bad behaviors or a "holier than thou" attitude. We need to understand our place and role in the fishing industry and not overestimate our self worth.

Tournament anglers are in a great position to make a positive impact on fishing. For every person that does not like tournaments and tournament anglers, there are an equal number that do. In addition, there is a group that feels indifferent to tournament activities. We are in a great position to help the progress of our sport. Helping others with questions about fishing, helping out on the water and presenting yourself in upstanding fashion will put forth the positive image that I truly believe non-participators should know about. Everyone should strive to do something to help fuel the progress of the tournament sport and sport fishing in general. In particular, kids are always interested in tips and seem to have endless questions about fishing. What better way to promote the sport and do a good deed than to help a kid get started or excited about fishing?

There are some anglers that push the edge of the envelope of what is legal and ethical to gain a perceived advantage over other anglers. Don't be one of them. If you are trying to decide whether something is within the rules and the thought is, "well it does not specifically say you can't do it," the activity most likely falls into a gray area and you should beware; you are probably about to cross the line. One's personal reputation is not worth sacrificing, especially if rumors of cheating and bending the rules go hand-in-hand with any success you might achieve at weigh-in.

The sport of professional saltwater tournaments will not grow unless everyone associated with it helps out. We do not have the fan base that the freshwater bigmouth fish anglers have access to. Every tournament angler should be trying to obtain a sponsor. Not only does obtaining a sponsor help the angler, it provides another outlet for businesses to market their products. Do not kid yourself; the growth of the sport is tied to sponsorship and companies seeing the sport as a way to increase sales.

One other word about sponsorship; do not promote a company if that company is not sponsoring you in some way. Many people desire to have the "look" and will sew sponsor logos on their fishing shirts. But in the long run, it is better to have no logos than to provide free exposure to somebody who does not sponsor you. Fishing sponsorship is business and businesses do not typically give anything away. An angler's fishing jersey is his billboard and the space shouldn't be free. It will end up hurting the overall sponsorship market and your image. Why would a business pay to sponsor you if you will wear their logo for no charge?

I, like every other person, have my own opinions and I don't expect everybody will agree with them. I do know that for all the hard work and money that tournament fishing takes (other tournament anglers can really relate to this), bottom line and primary reason for my involvement is that I love the competition. I want saltwater tournaments to rise to the level of professional bass fishing such that I can quit being an engineer and fish full time. Is that day right around the corner? Hardly; but it will get here a lot sooner if we all work towards that common goal and just treat others as we want to be treated.