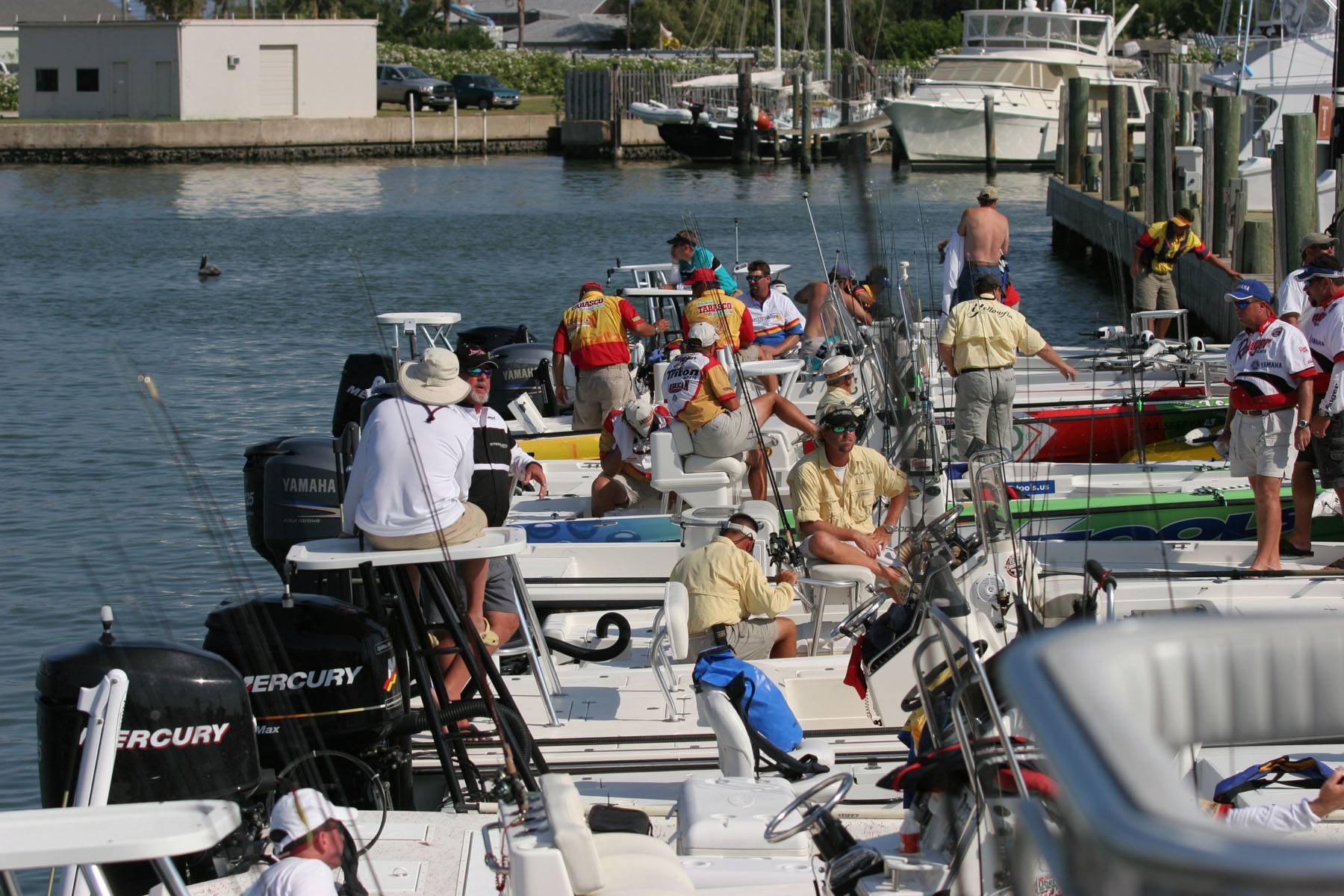 Tournaments do put a lot of boats on the water at events, but the range covered by the boats and the fish kept by the anglers has not been shown to affect fish populations.

Do tournaments negatively impact the fishery? Being an engineer, I concluded that data is needed to answer this question. Yes, we can answer this off the top of our head, but I like to stick to facts. The fact is, the only long term assessment of the fishery is the Texas Parks and Wildlife (TP&W) surveys. TP&W has been performing gill net surveys for over 30 years. Currently, other than the Lower Laguna Madre speckled trout populations and catch rates, speckled trout and redfish catch rates have been healthy and overall show increases up and down the coast. Now not everyone may agree with the TP&W data, but I do not know of any other scientific data collection that has run for such a long period and under the same conditions. Quoting your dad who said that in his day fishing was always better is not a scientific study. If tournaments are impacting catch rates, it would be having the effect that catch rates are increasing slower than without tournaments.

There is no scientific data to support the statement that tournaments are affecting catch rates, just as there is no data supporting the statement that croaker fishing is affecting catch rates. This year the Redfish Cup visited Kemah, Texas for one of the larger events in Galveston Bay. There is a common argument that there is a large concentration of anglers pressuring redfish in one area and the fish population will be hurt. I agree that there are more anglers, but I do not think that there is a negative affect to the fishery.

I have no problems with anglers taking their limits as long as the fish does not go to waste. If people want to practice catch and release or take their limits, the law and TP&W surveys support this. The worst case scenario for the Redfish Cup is that the 100 teams all brought in 2 fish for 2 days. 400 redfish would be removed from Galveston Bay over 2 days. I do not think that 400 fish will impact the Galveston Bay system especially considering the areas that the anglers fish. For the Kemah Redfish Cup, anglers fish from Lake Calcasieu to Matagorda Bay. Not every team brings in 2 fish, and a majority of the fish weighed are later released alive. Out of 400 possible fish brought in, assume 10 teams zeroed both days. This means 360 fish (the actual number was less in Kemah) were brought to the scale. If only half of the fish survive, the impact was 180 fish taken from Galveston Bay. I have a hard time understanding how that could impact the fishery. There are other smaller tournaments that do catch and weigh dead fish, but again there is nothing that suggests this hurts catch rates other than someone's opinion stating it does. Many of the people fishing tournaments would be fishing anyway and normally keeping more fish than the tournament limit.

Another complaint is that tournament fishermen are tearing up the grass flats and harassing fish. Well I will admit that there are some tournament anglers that practice "burning" flats looking for fish, especially redfish. There are some that own boats specifically set up for this practice. Again, out of 100 teams in a tournament, I would say that no more than 30 are going to be practicing burning. The grass flats destruction in Redfish Bay is not due to tournament anglers, but from years of abuse by all types of anglers and boaters using this bay system.

Do I condone tearing up grass flats? Of course not. Every boater should be responsible for his actions and any damage imposed on the environment. Do I think all tournament anglers are burning flats, harassing fish and tearing up the grass flats? No, there are some that are, but there are plenty of non-tournament anglers that do the same thing. I believe it is just easier to blame someone in a highly visible wrapped boat that can be lumped into a group such as "tournaments". I really do not think the issue is harassing fish as much as tearing up shallow grass flats. Let me pose this question. Is driving around the bay looking for birds working and driving up to them harassing fish or burning? If you are going along in your boat and you see a big school of redfish in 2-3 foot of water busting bait on the surface, do you stop and fish or do you just keep going because you consider this burning or harassing fish? How many times has your motor hit bottom or stirred some mud?

What good do tournaments do? Tournament boats and fishermen are the proving grounds for products and spawn product improvements and development. Each year, sponsors supply new products to tournament anglers for feedback and improvement ideas. The recreational angler never sees the original spoon design that did not have proper welds and broke loose on big fish. The recreational angler never sees the soft plastics that don't swim right or get snubbed by fish. Boat designs evolve based on tournament angler feedback. Better aeration systems, shallow water performance without sacrificing speed, Power Poles, wireless trolling motors and other design enhancements come about based on feedback. Tournaments bring a positive economic impact to the areas they are held. Motels, restaurants and marinas all benefit from the tournament revenue. Tournaments such as the Texas Oilman's Invitational Charity Tournament in Matagorda have raised over 1.25 million dollars for various charities.

So will I rub people the wrong way with my views? Most likely. The bottom line for me is that if you want to condemn tournaments and its anglers, show me some facts. A few tournament angler actions do not mean the sport should be put away. I believe like anything else, if you see something wrong, report it to tournament officials or TP&W. I do not condone illegal behavior. I do not agree with hurting our resource. If data shows tournaments are hurting our resource, I would agree to changes. There is no data that shows tournaments are a detriment. I believe tournaments have a positive effect on saltwater fishing. If you do not agree with me, that is OK, I'm hunkered down with my flak jacket on waiting for responses. Just make sure it is backed by some data.