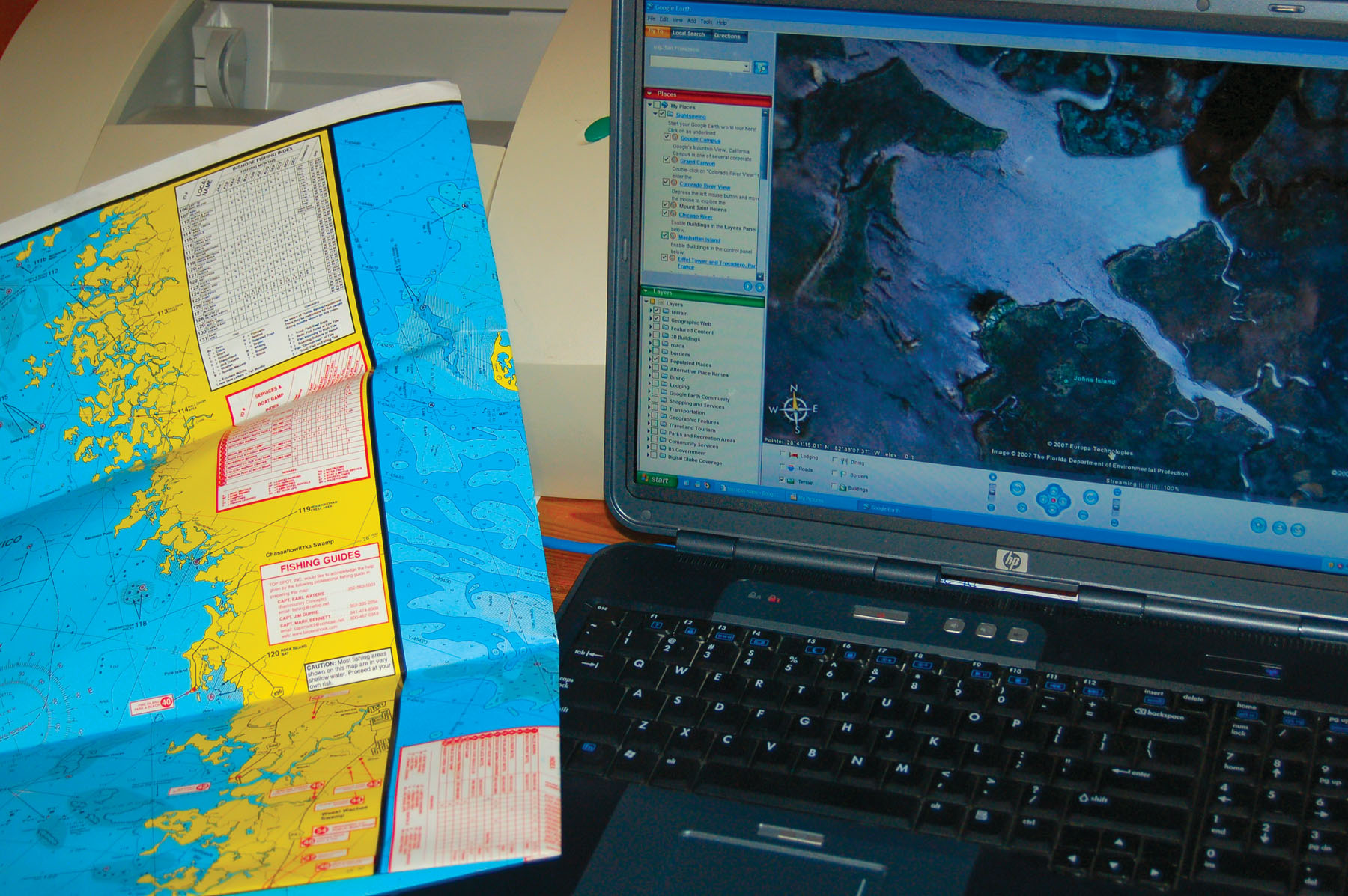 It all starts here with pretournament preps learning about new areas.

What does it take to win a fishing tournament? Ask many anglers and you will get many answers. I will say that anyone that wins a tournament had to have some amount of luck involved. In fact, the factor of luck is what makes tournament fishing appealing to many people. It allows any person to win on any given day. So how can certain teams or anglers continuously do well, continuously place high in tournaments and continuously bring home a check?

Winning tournament fisherman will have some amount of luck, but they have also learned to leave nothing in their control to chance, they purposely work at reducing luck and make it the smallest factor in the winning equation. I have never been to a tournament where during the final weigh in, conversations do not dwell on heartbreaking stories of broken lines, fish that didn't get hooked or fish that died and caused someone to just miss out on the big bucks. For me, it really doesn't matter, the goal of the tournament game is to win and when I don't win, I try to figure out what I could have done to do a better job. What could I have done to reduce luck in my winning equation?

So what can one do to increase the odds of winning? Being a firm believer in "it's the little things that count", preparation in every facet of the game is necessary. Tournaments can be broken down in to 3 phases: pre-tournament, the tournament itself, and post tournament. Let's take a look at these 3 phases and discuss a few things that anglers can do to better position themselves to win.

Pre-tournament preparation should always include research. If the venue will be a familiar one, do you count on checking out proven spots or do you force yourself to check out new areas and new fishing techniques? Dedicate some time to try new spots, the spot you always pass and think, "That is a good looking area". Don't fall prey to the "I know this area and know all the good spots" mentality. Many times you are at a disadvantage on your home turf because of the inclination to fish the same old locations, the ones that have paid off in the past.

If you are going to a new venue, one you have never fished, what is the normal routine? Personally, I like to start with maps of the area and based on structure and features pick certain "fishy looking" spots. Look for areas you will be comfortable fishing, areas that you can have confidence in because they have all the right ingredients. It can be a marshy area with coves, sloughs and oysters or it could be a large grass flat with nearby deep water escape routes, but by staying with something you are familiar with in an unfamiliar area, confidence in catching fish can be maintained. After looking at area maps, review aerial photos of spots selected as potential fishing areas. Go over the photos several times before hitting the water so that a visual image is formed of the area you will be scouting. If done right, landmarks and features will be familiar and make scouting easier because of a mental map that is already imprinted in your mind. Other information about potential areas can be found in magazines, newspapers or on the internet. Now don't expect to read the exact GPS coordinates of spots that will win the tournament, but obtaining patterns and finding what baits are effective in new areas can be a big help. If you are arriving at your tournament destination and you don't have a plan on what you are going to do, you are already behind the eight ball. Homework upfront will help payoff and save time scouting.

Don't forget all the details prior the game day. Checking out equipment on the boat, re-spooling reels, sharpening hooks, retying knots, laying out a good GPS route to your spots are just a few items of the many that need to be taken care of. I actually had to help a team on the second day of a FLW Redfish Tour tournament that ran out of gas approximately two miles from the weigh in. When I asked what happened, they said they thought they had enough gas from day one to get to their spot and back. Was that bad luck or poor planning? Make a pre-tournament checklist and keep it updated so your team doesn't miss a key item that will be regretted later on.

Once the tournament starts, what is your team's routine? Are frequent checks of hooks to ensure they are sharp every cast the norm or is one more cast to keep from tying on a new lure the order of the day? If an oyster is snagged, a quick touchup with a hook sharpener can be the difference between winning and losing that one critical bite. The same goes for checking the line, especially near the lure. A few nicks that may be no big deal on the numerous rat reds that have been landed can immediately give way when papa red decides to eat. Take the few minutes to keep fresh line tied to your lure.

What is the lunch drill? When the munchies or dry throat hit, do you take a quick break to down some food and get a drink or do you cast out and start reeling, then take a bite to eat or take a swig to quell your thirst. Inevitably, as soon as you grab your Coke, the fish will decide to bite and all you will be left with is an empty livewell and a mouthful of fizz. Is your livewell filled and ready to put fish in or is that 27 7/8" fish lying on the deck while you fill the livewell and breakout your oxygen system and Rejuvenade? Again, planning and preparation will help add to the winning equation.

After the tournament, if a check is not residing in your pocket, what is the typical ride home? Is it a quiet, solemn journey where your team contemplates all the things that went wrong and how your luck stinks? The tournament is over and feeling sorry for yourself is not going to change anything. Take the time to go over things you could have done better. What planning needs to be different next tourney? What can you do to make your chances of winning increase? There should never be a missed opportunity on learning and never miss an opportunity to eliminate "bad luck". I have heard many teams say that they are done with tournaments after having a bad finish or not catching a fish. A zero for the day now turns into a pity party where one has had enough. Well it happens to most everyone, the difference between ending it all and improving is what you learned and what you do with the information you gathered during the day of not catching fish. It should cause you to question why were the fish not there, what could I have done different? What piece of the equation did I miss?

Yes there is luck in winning, but by spending some time before each tournament and thinking about every facet of your fishing game (preparation, equipment, fish care, navigation, etc.) one can become more consistent and control the factors that can lead to a win. Will the best prepared team always rise to the top? No, but over time, the best prepared and learned team will get better and have more shots at being at the top. So don't let Lady Luck have all the fun and decide your fate, take time to go over all the individual pieces that it takes to win and put Lady Luck in the backseat on the way to your victory.