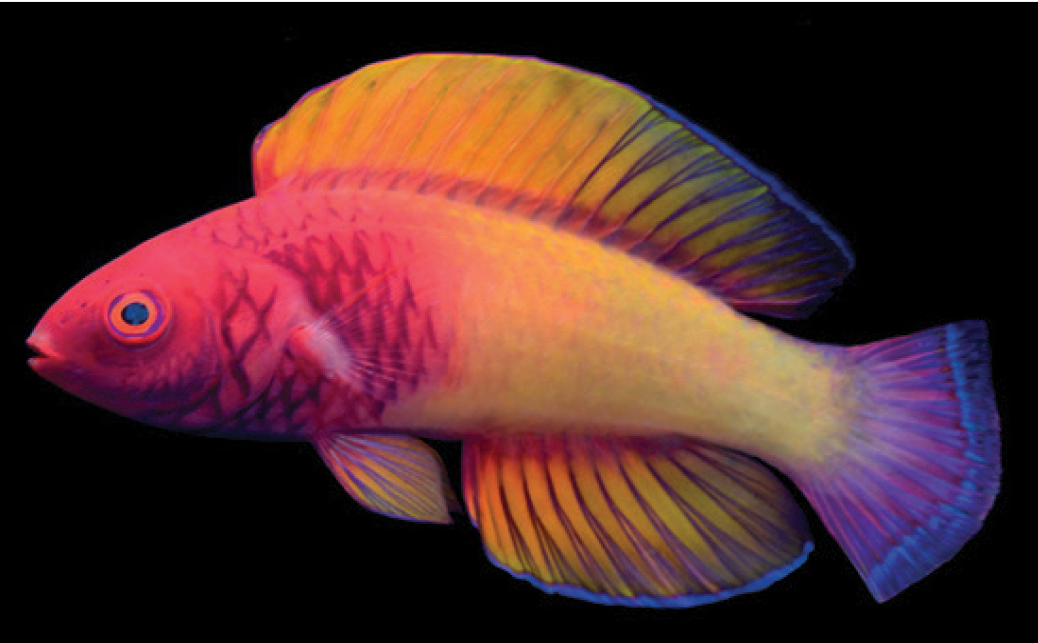 The Rose-Veiled Fairy Wrasse is the first species to be described by a local Maldivian researcher. Credit: Yi-Kai Tea
Scientists discover dozens of new fish every year. Most often the biologists who identify these species are from a handful of wealthier countries that have the resources needed to conduct extensive marine research. Now a gorgeous fish found in the Maldives sets two new precedents: it’s the first to be described by a local Maldivian researcher, and it’s the first organism whose scientific name is derived from the local Dhivehi language. The Rose-Veiled Fairy Wrasse is formally known as Cirrhilabrus finifenmaa, in which “finifenmaa” is Dhivehi for rose—also the national flower of Maldives.

Although this fairy wrasse has just been classified as a new species, it’s not completely new to scientists. The first specimens came to biologists’ attention in the 1990s, but it was mislabeled as an adult of a different smaller fish, the red velvet (or rosy-scaled) fairy wrasse (Cirrhilabrus rubrisquamis), which lives in the Chagos Archipelago, about 620 miles south of the Maldives. The researchers were ultimately able to distinguish between the two species by measuring and counting different features, including adult males’ color markings, the number of scales on different parts of the body, and the length of the dorsal fin spines.