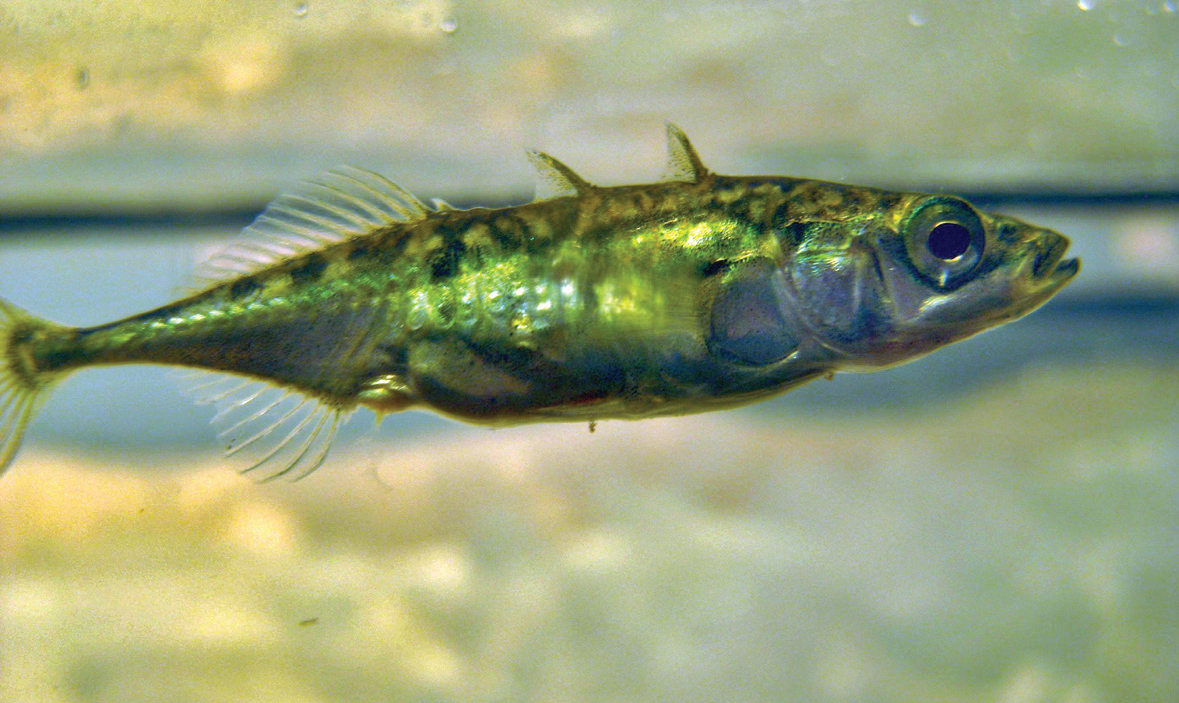 Three-spined stickleback fish can be identified by their movments. Credit: Creative Commons, JaySo83, CC BY-NC-ND 3.0
Whether it’s a swagger or waddle, a strut or a prance, the way a person walks can reveal a lot about their personality before they say a word. It turns out, the same may be true for fish. We don’t exactly have words, yet, for what a swordfish’s swagger or a sturgeon’s strut might look like, but scientists may soon. A group of researchers recently documented the fin movements of three-spined sticklebacks and found them to be distinctive enough to identify each fish by how it swam. Those movements revealed traits of the fish’s “micro-personality” in the same way a person’s gait can suggest they’re shy or outgoing, confident or anxious, bold or cautious.
Three-spined sticklebacks have long fascinated scientists because their physical characteristics vary greatly within populations. Most species live in saltwater but breed in fresh or brackish water. Most are social and demonstrate complex reproductive behaviors, such as building nests and caring for their eggs. Their diversity and complex behaviors make them useful for studies of evolution and how populations differ genetically.

To learn about their swimming styles, researchers filmed 15 sticklebacks in three tanks with different arrangements of plastic plants. Each fish used a set of unique movement patterns they repeated frequently enough that researchers could soon tell which fish was which simply by their movements, regardless of which tank they were in. Being able to identify a fish by how it swims could have implications for how scientists track fish in the open water, possibly helping improve the ability to learn about fish populations, to protect threatened species and to manage fisheries sustainably.