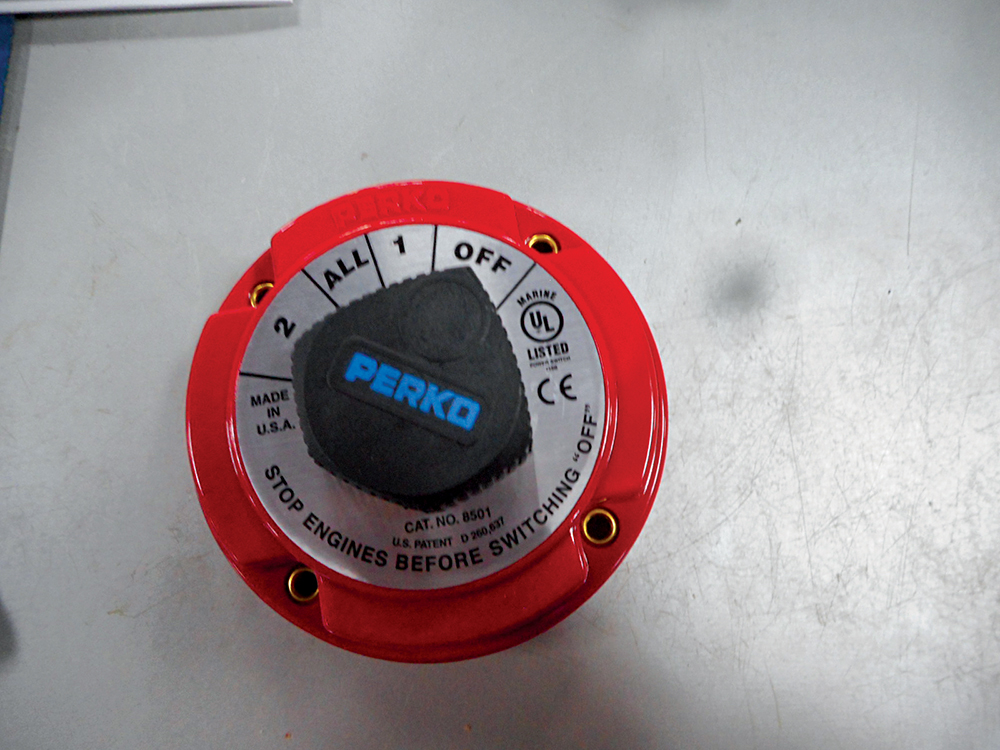 Some of the most frequently asked questions we receive pertain to batteries. How often should batteries be changed? Another deals with selector switches; My battery selector switch has three positions; 1, 2, and All. How should it be set when running the boat?

Wet cell batteries are most common and have life expectancy of twenty-four to thirty months, on average. During their life the terminal connections must be inspected and cleaned regularly to insure proper charging. Also, keep the battery case between the terminals free of dust build-up to prevent formation of a conductive path that can deplete voltage while the boat is stored.

Battery switches with 1, 2, and All should be set on either 1 or 2 when running – not All. The engine's charging system is based on twelve volts and physically produces between twelve and fourteen volts. When set on All, any combination of twelve volts, six and six, or eight and four, will cause the charging system to shut off, whereas position 1 or 2 guarantees full charge to the battery selected. In the case of low charges in both batteries, switching to All allows combined voltage of the pair to help crank the engine. Leave the switch on All until back to port. Never change the battery switch while the engine is running to avoid spiking the electrical system.