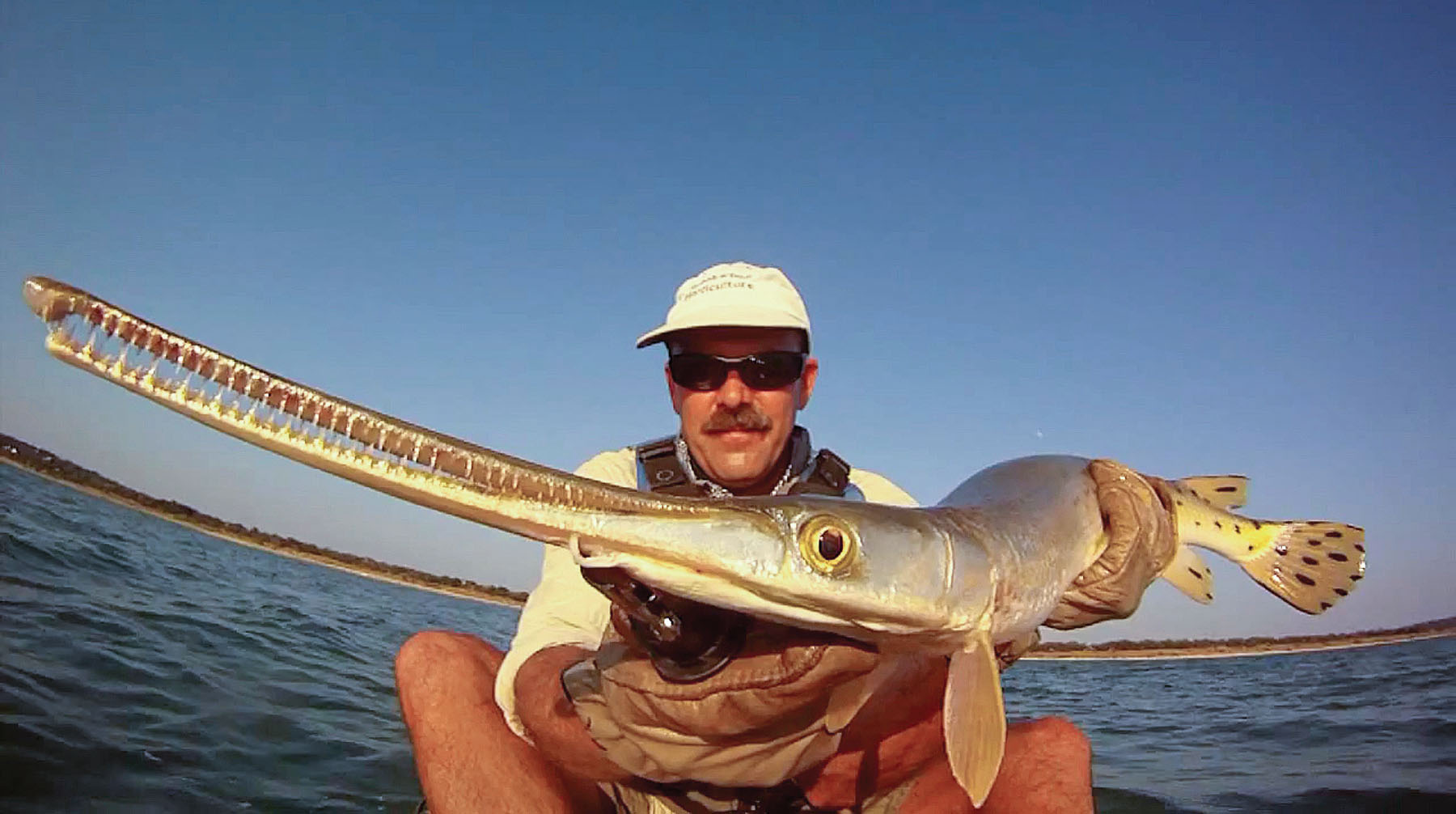 Every fish is different. And the longer you fish, the more you learn about what it takes to catch a certain kind of fish on a certain day. They are each unique and perhaps that's why fish are so fascinating. Looking through some old photographs recently, I was reminded of the lessons different fish have taught me about angling (and my addiction to it). Although I have never believed "fishing is life," I have grown keenly aware that the pleasure fishing brings us often relies on many of the same things that help us live fulfilling lives- patience, problem-solving, compassion, enthusiasm, tolerance, planning, self-reliance, endurance... In that respect, fish and the simple act of fishing are compelling. Looking back over all the time I have spent fishing, these are a few fish that I have found to be strangely influential.

For years black drum were a puzzling enigma to me. Early on, I confused their wiggling tails at twilight with those of redfish. That always led to disappointment. And, black drum had a habit of luring me farther from the boat on sunset wades with their bold antics, only to ultimately deny me the satisfaction of catching one. It was a game that inevitably left me frustrated, confused, and really not liking black drum very much. But then on a sultry afternoon I encountered a large school of drum in very clear shallow water, where I could actually see what they were doing and watch how they reacted to my flies. It was a real eye opener. For years I thought the key to catching black drum had to be some sort of special fly which I clearly did not have. But that afternoon I learned black drum will eat almost any fly so long as you stick it under their nose and give them a chance to eat it. Black drum almost comically illustrate the point that presentation of the fly is often far more important than the fly itself.

For more than 20 years I have been afflicted with striped bass fever. Still, there appears to be no cure in sight. These powerful fish are nothing short of wonderful to catch on fly tackle… when you can catch them. I have diligently fished for striped bass on Canyon Lake near my home in New Braunfels for over a decade, and only recently began to consistently catch them. Stripers are fish that will make you check your watch and your graph often. They will show up early, late, and sometimes not at all. Stripers will call you out in the fog, and sleet, and rawest of weather with a promise often left unfulfilled. You can cover miles of water and then learn back at the dock the stripers were feeding all afternoon… right in front of the ramp! BUT… you accept all those things because when a big striper does finally blast your fly, he'll rip the line right through your clenched hands and struggle against you until you finally set him free. No doubt, you'll be back the next day to chance it again. Like few other fish, striped bass test your patience, endurance, and will to succeed.

The first saltwater fish I ever caught on fly tackle was a ladyfish. We stumbled onto a large school of them surfacing at the Port O'Connor jetties. I had brought along my fly rod and it was "game on." At that point in time, the biggest fish I had caught on fly tackle were stock-tank largemouth bass. Bass were fun, but these new slender, chrome, saltwater rockets were different…wilder…faster…stronger. I'll never forget the feeling of pure elation as I cast to those hungry silver bullets and watched them whack fly after fly. It was nothing but excitement and, standing on the bow of that boat with a fly rod and a big smile on my face, I didn't care if I ever caught anything else. To this day, catching ladyfish still represents the pure reckless joy of fishing. They'll slap your fly and jump and run and usually throw the hook before you get your hands on them. And it's best that way, because the ladyfish's real gift is the smile it puts on your face. Most of us move on from ladyfish to bigger and badder quarry. But every now and then, especially when things are slow, catching a feisty ladyfish will make you feel like a kid again and remind you why you started fishing in the first place.

Few fish leave an impression like jack crevalle. Watching a school of jacks ravage baitfish is like watching a pit bull in a chicken coop, and when you make the decision to toss a fly at one there is no turning back. When I think of fly fishing for jack crevalle I think, "10 wt…30 minutes…pounding heart…sore arms." They have overwhelming strength and offer no apologies for shredded flies and busted rods. I would wager that jacks have destroyed more tackle and whipped more fishermen than any other fish on the Texas Coast. Jacks are the kind of fish that you take on because no one else in the boat wants to. In some ways they are almost a rite of passage. I know plenty of adrenaline junkies that lust after catching jack crevalle on fly tackle, and a few others who have hooked one just to say they did it. Kudos to the jack crevalle for reminding us that we really aren't as young or as tough as we'd like to think.

Regardless of what you think about gar, you have to admit they are pretty cool fish. Tough, armored, prehistoric, giant, and racked with a mouth full of nasty teeth - gar are unique. Most of us can recall our first angling encounter with a gar, and some of us continue to fish for them. So why would anyone deliberately try to catch a gar on fly tackle? Well, the big ones are strong, really strong. And, they are actually pretty challenging to hook and land with standard flies. If you do it from a kayak things really get interesting. And I suppose folks fish for gar for the same reasons people catch snakes and spiders or other strange creatures that can inflict a nasty wound - they're kind of creepy and we like that.

I never quite understood the cult of fishing for trophy speckled trout until I saw one. We were fishing in the Padre Island surf when a friend waved frantically for me to come over. As I approached he lifted a nearly 30-inch-long speck out of the froth in the wade gut. A small gold fly dangled from its mouth like a piece of jewelry. I nearly fell over. At that moment I understood how a trout could drive economies, shape fisheries policy, and make heroes out of a handful of guides. A second experience a few years after the surf trout also left its mark on me. I was casually walking back to my boat after a morning wade. The weather was pleasant and the winds were light as I sauntered along. Up ahead I could see a black post drifting around in the shallow water near the bank. As I approached, I suddenly realized the post was not a post at all, it was a massive trout. Like no other fish I have ever seen, that trout made my knees shake and almost made me forget how to cast. My fly landed about a foot ahead of her and she casually swam up and took a swipe at it. I jerked the fly away in haste and she blazed off the flat. I was speechless, shaken, and will never forget the feeling. To this day I have only caught a few trout I would consider trophies, and I will always remember each of them clearly. They are magnificent creatures.