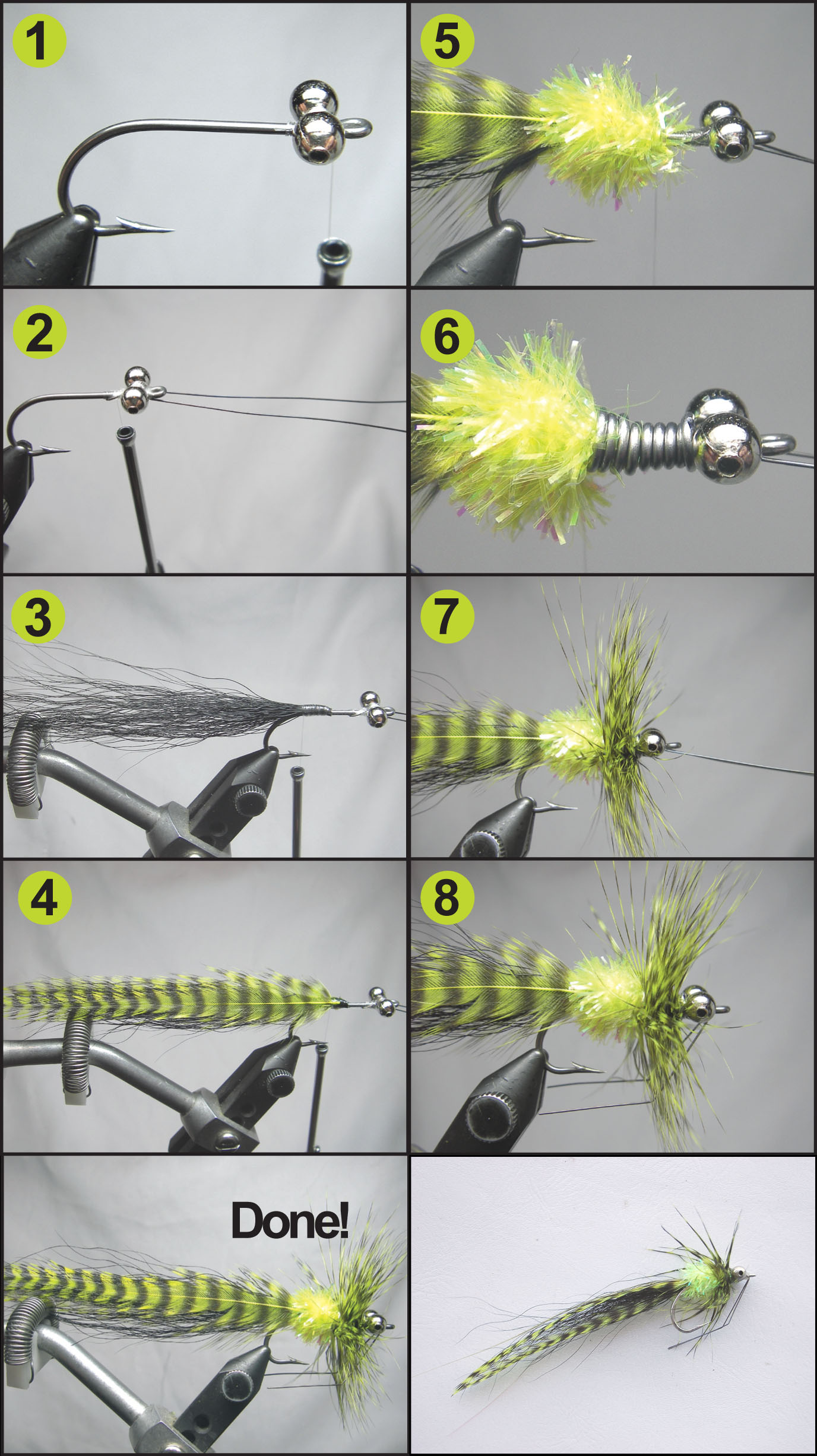 California angler Dan Blanton has made many substantial contributions to the world of fly fishing.  He has authored countless fly fishing articles, written several books, served on the editorial staff of several high-profile fly fishing magazines, and he is recognized as a pioneer in fly fishing the salt waters of the West Coast.  Blanton’s contributions to angling have even earned him a spot in the Fly Fishing Hall of Fame.

But Blanton is perhaps best known for a humble-looking fly pattern he began tying decades ago- the Whistler.  So called because of the whistling sound it makes in flight, Blanton’s Whistler pattern is a high-profile, quick-sinking fly that has proven to be deadly on fish inhabiting deep, turbid, or murky waters.  Anglers throwing Whistlers have tagged stripers, bluefish, snook, bull reds… even tarpon.  The Whistler is one of those unique patterns that has a mysterious magical combination of materials and action predators find universally appealing.

Known primarily as a deep-water fly, the Whistler sinks quickly and gets noticed in dark or turbid places due to the combination of large flashy bead chain eyes and a tall water-pushing collar.  It has been reported that the hollow bead chain eyes (from which the Whistler derives its name) also create noises underwater, adding to the fly’s attractiveness.  The original Whistler pattern was tied using red thread, white bucktail, natural grizzly saddle hackles, and a red chenille.   Blanton later developed what he called the “Flashtail Whistler.”  The Flashtail Whistler was essentially a standard Whistler with 40-50 strands of pearl and silver Flashabou added to the tail to make the fly even more noticeable to predators.

Many variations of Blanton’s Whistler fly have been created over the decades since its introduction and most of them will catch fish.  The chartreuse and black color scheme shown here is effective on fish staged in deep channels or fish that are holding close to structure like jetties or deep reefs.  It is reasonably easy to cast in spite of its large size, and the double-wire weed guard is nearly bulletproof against snags.  This pattern should be allowed to sink to the bottom and then retrieved in a rapid erratic stripping style.