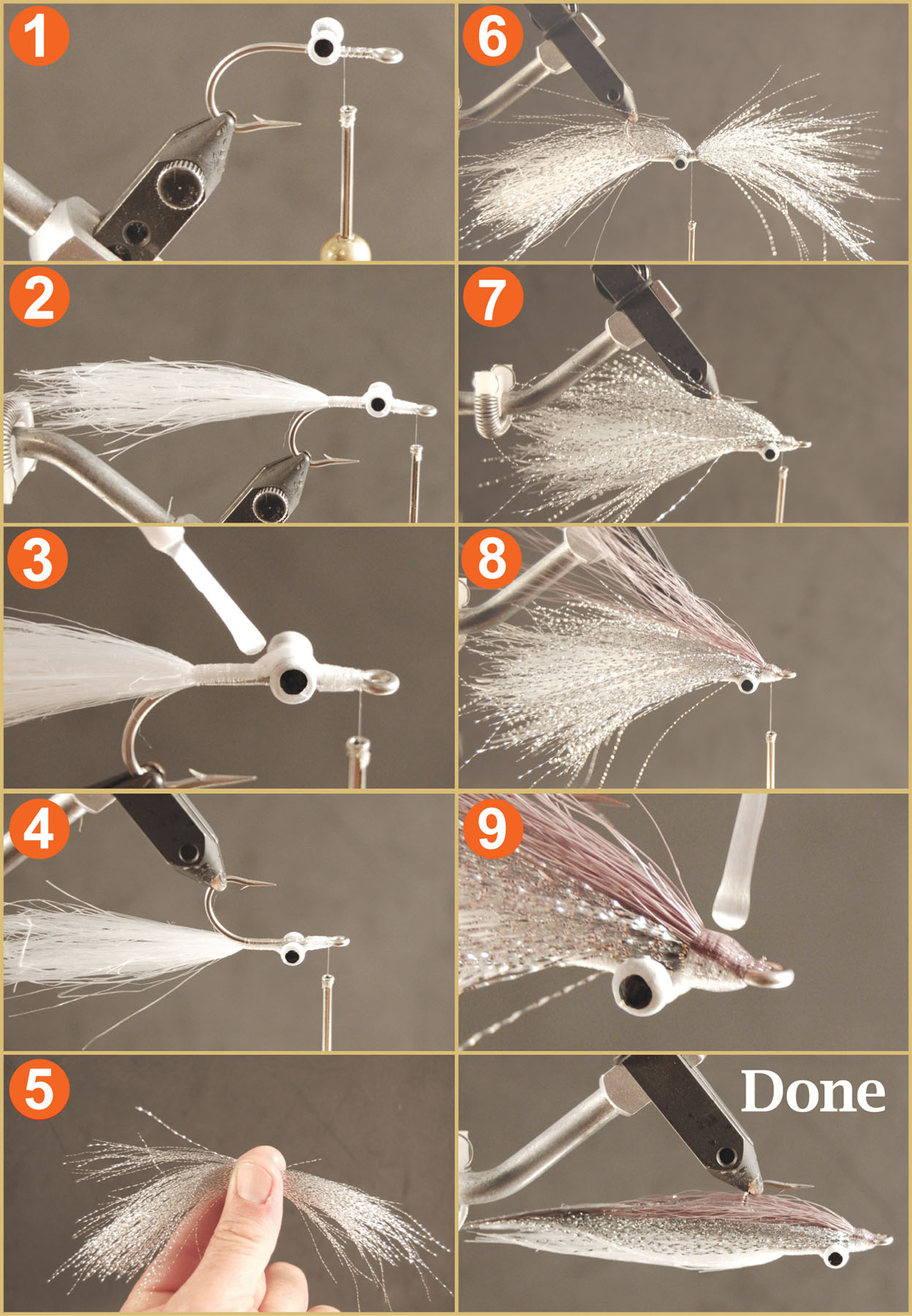 If I was forced to choose just one fly pattern for the rest of my days, it would certainly be a Clouser minnow. And if I had to choose a single color combo, it wouldn't be red/white or even chartreuse/white. The color would be chrome. Why? Of all the hundreds of flies I have thrown over the years, no other fly has consistently produced as many fish for me as the Chrome Clouser. It has nailed everything from smallmouth to jackfish, and after years of throwing this pattern, I have developed complete confidence in it.

In general, the basic shape and structure of a Clouser Minnow is known to fly anglers across the globe. But there are a few features of a Chrome Clouser that differ slightly from the original design. Traditional Clouser Minnows are tied with sparse amounts of bucktail and synthetic fibers. The net effect of this scant design is a somewhat translucent and wispy fly that gives the illusion of prey. The fly's fluid action is dependent on the fibers having a little breathing room. When the fibers are overloaded and crammed together on the shank, the fly becomes flat and heavy and the prey appeal is largely lost. So when tying a traditional Clouser, less is more.

The Chrome Clouser on the other hand is a relatively big flashy fly, with a body made from an oversized section of chrome Krystal Flash synthetic flash material. Unlike bucktail and some synthetics, chrome Krystal Flash fibers come to life when tied full. They shift and pulse and shine, creating a bold wriggly baitfish effect. More is actually better, so it is an advantage to stack on the flash. But achieving this live-body action of a Chrome Clouser depends on more than simply anchoring a huge clump of Krystal Flash to the hook.

First, the Krystal Flash fibers should taper to a gentle point at the rear of the fly. This ensures a good fluid baitfish profile rather than a "blocky" look. Second, make sure the Krystal Flash brand is used. Krystal Flash has an inherent spring and tangle-resistance that is absent in many of the other look-alike materials I have tested. The metallic varieties of Krystal Flash (chrome, gold, and copper) lack a plasticized feel and are resistant to stretching, deforming, and tarnishing. Lastly, remember the "jig effect." Heavy eyes ensure a good up-and-down-jiglike action and keep the fibers moving. For this reason, I almost always tie Chrome Clousers with lead eyes.

Chrome Clousers are my first choice for casting at fish-eating predators anywhere the water is more than knee-deep. Work them with a mix of short erratic strips and vary the depth and the speed of the retrieve until you key in on what draws a strike. If you cast a Chrome Clouser on the flats make it a small one (# 6). Larger versions are way too bold and bright for skinny water fish.

You won't find Chrome Clousers on the shelves of a tackle shop or in any catalogues. You'll have to tie them yourself or find someone to tie them for you. But I think you will find they are well worth the effort.