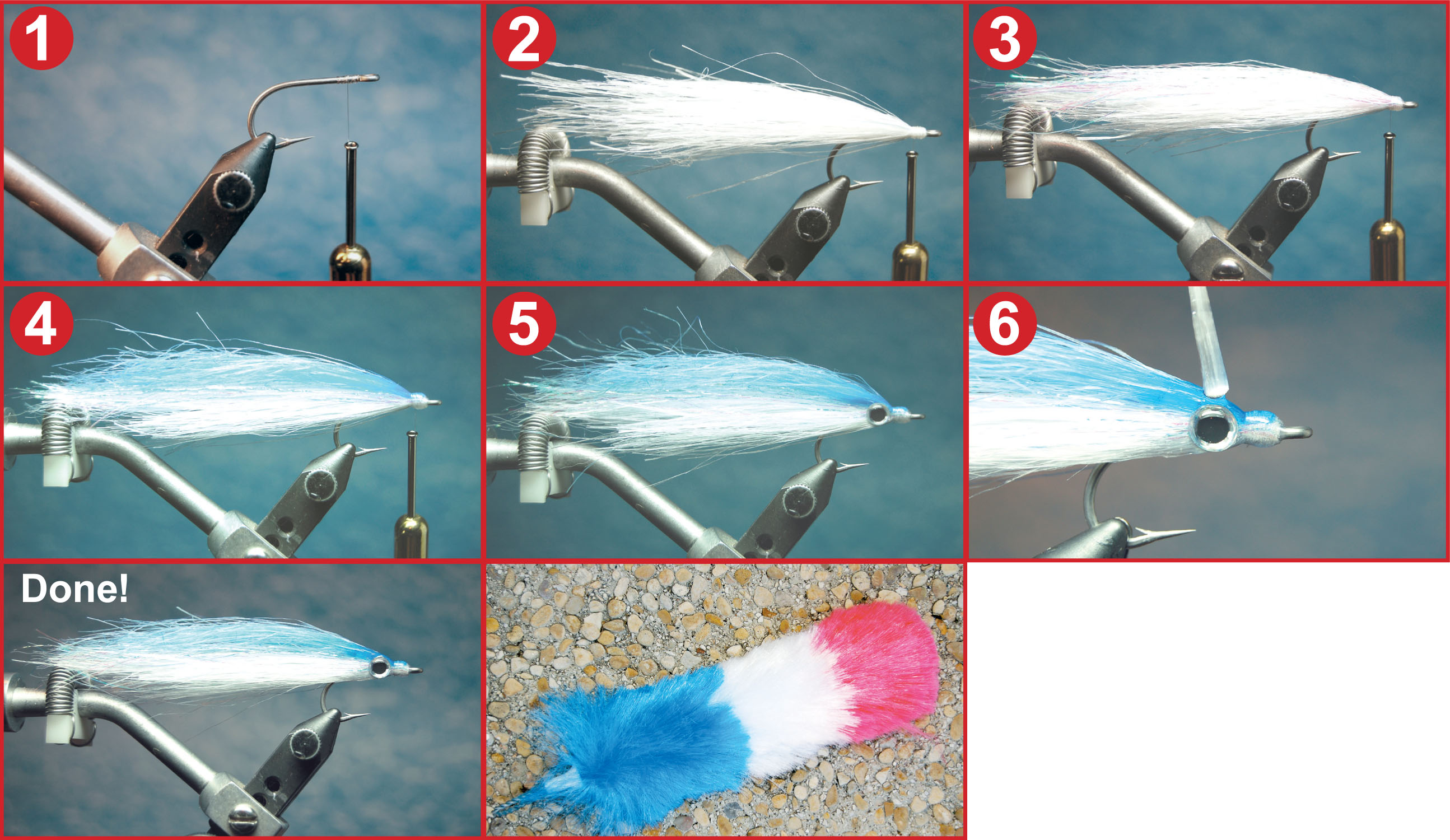 Recently at the Texas Fly Fisher's Fly Tying Festival in Houston, my friend Mike Hurst handed me several flashy baitfish patterns he had been tinkering with. The bodies of the flies were crafted from fibers snipped out of frilly synthetic dusters (the kind you get at Home Depot or Walmart). Mike had mixed some flash in with the fibers and the finished streamers looked really good. When I dunked them into a "fly tester" aquarium they looked even better.

"O.K., Mike what's the story on these?" I asked. "Duster fibers," Mike said. "Jay "Fishy" Fullum told me about using these duster fibers for streamers a few years ago. At first I was not too interested, but later I stumbled across a duster at the hardware store, ran my fingers through the fibers, and all sorts of bells and whistles started going off. The fibers work great and the finished flies are nearly neutrally buoyant and have a lot of fluid movement. In fact, if you tie the flies full, they'll even float for a while and then slowly sink."

I was interested in learning more, so I picked up a six dollar duster and started experimenting with the fibers. Judging by their texture, they appear to be tiny flattened strands of polypropylene. The fibers stay somewhat rigid when wet and resist fouling on the hook shank, making them a perfect material for elongated streamers. When a bit of flash material is added, the fibers really shine and, as Mike noted, they are nearly neutrally buoyant. This makes it possible to create flies that lurch and slither at a slow, stunned, pace. Permanent markers can be used to shade or color the fibers and create endless styles of baitfish and crustacean patterns. And, the dusters are large- a single duster can provide materials for 100's of flies. Cool stuff!