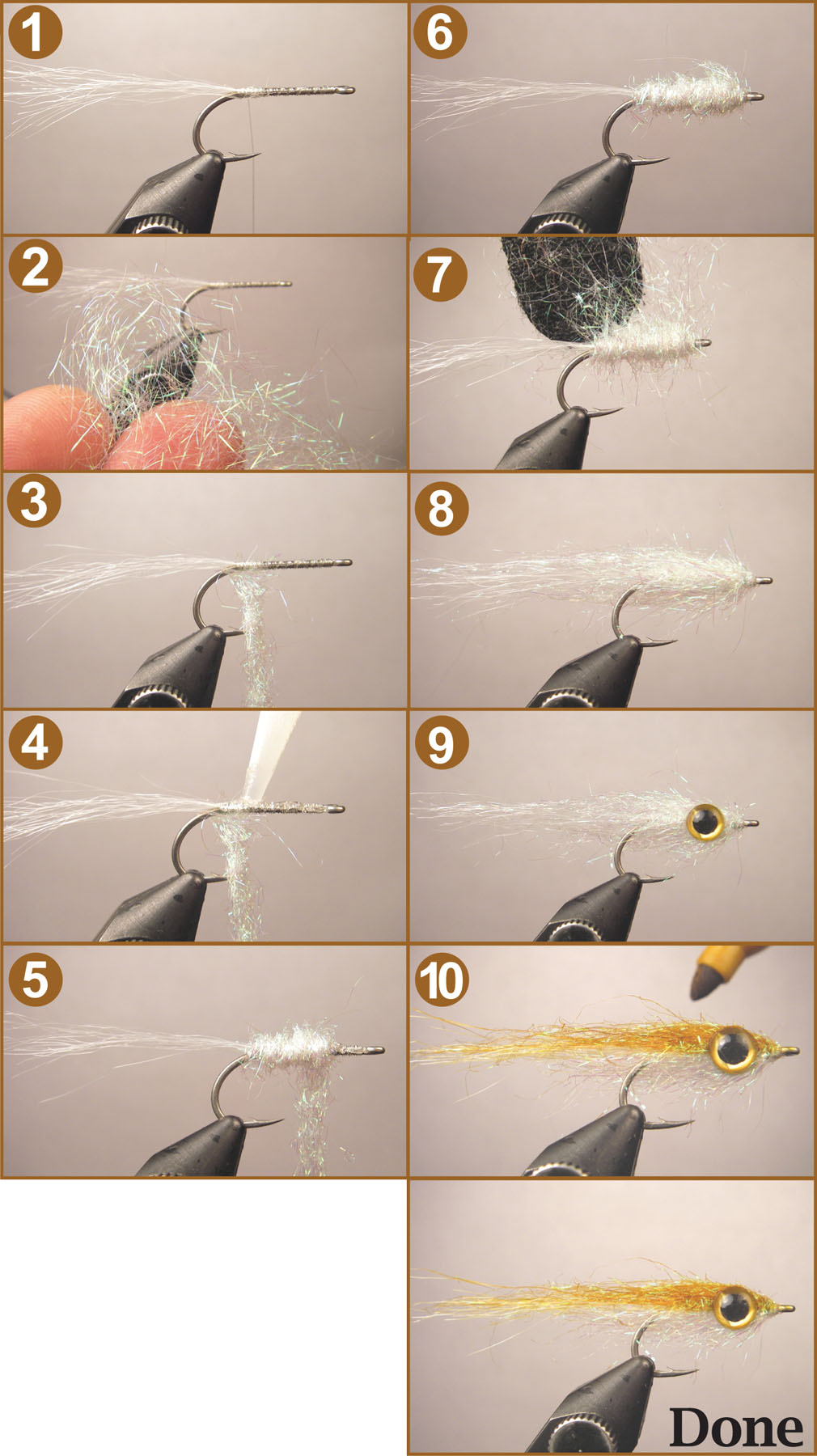 As anglers, we are often drawn to the salt because of the tenacity of the fish that live there. Saltwater fish are sheathed in muscles that propel them over great distances and their mouths are racked with teeth that can grip, crush, or slice large prey species. But in spite of these formidable assets, saltwater fish often target relatively small prey. One would think the return offered by a small meal would not be worth the energy invested, but it often is.

This can be witnessed on the flats, where redfish chase down and devour juvenile shrimp and baitfish fry, or at night under lights when trout slip up from the shadows and ambush small flickering fish and crustaceans that have themselves come to feed on plankton and other tiny organisms. But perhaps the most stunning example is in the late summer and early fall when millions of matchstick-sized anchovies ball up and drift down the beach. From a distance these tea-colored schools of anchovies resemble small oil spills or patches of dirty water. Predators locate and stalk these schools, often blasting through them at high speeds with mouths wide open, filtering out handfuls of calorie-rich anchovies. When the fish target small prey, it pays to have a selection of small flies on hand.

One really neat fly that can be tied in very small sizes is the Ice Dub Baitfish. The body of this fly is made from Hairline's Ice Dub material. Hairline's Ice Dub is a very finely shredded mylar. It's available in all sorts of pearlescent and metallic shades, and it works great as a flash material for small patterns. Ice Dub can be dubbed (as the name suggests), mixed with other materials, or just tied straight to the hook shank. Only a small amount is needed to impart an iridescent glow to flies.

The Ice Dub baitfish is formed by tying on a very slim craft fur tail and then dubbing a small amount of Ice Dub material onto the hook shank. The Ice Dub fibers are then picked out with a strip of Velcro and shaded with permanent markers. A set of bold 3-D eyes finish the fly. The net result is a scant baitfish pattern that absolutely comes to life when submerged. It's a durable fly and very easy to cast. I have found slow twitching retrieves work best, bringing out the pattern's fluid action and iridescent shine.

Ice Dub Baitfish patterns will work well on the flats when predators are targeting small baitfish, and they are great flies for casting under lights. Ice Dub Baitfish are also terrific flies for stripers and white bass if you ever make it inland. The pattern can be tied to match nearly any small minnow. I prefer to tie them in solid silver, grey/pearl, and maple/pearl (shown). Small versions are typically tied on #4 to #8 hooks.