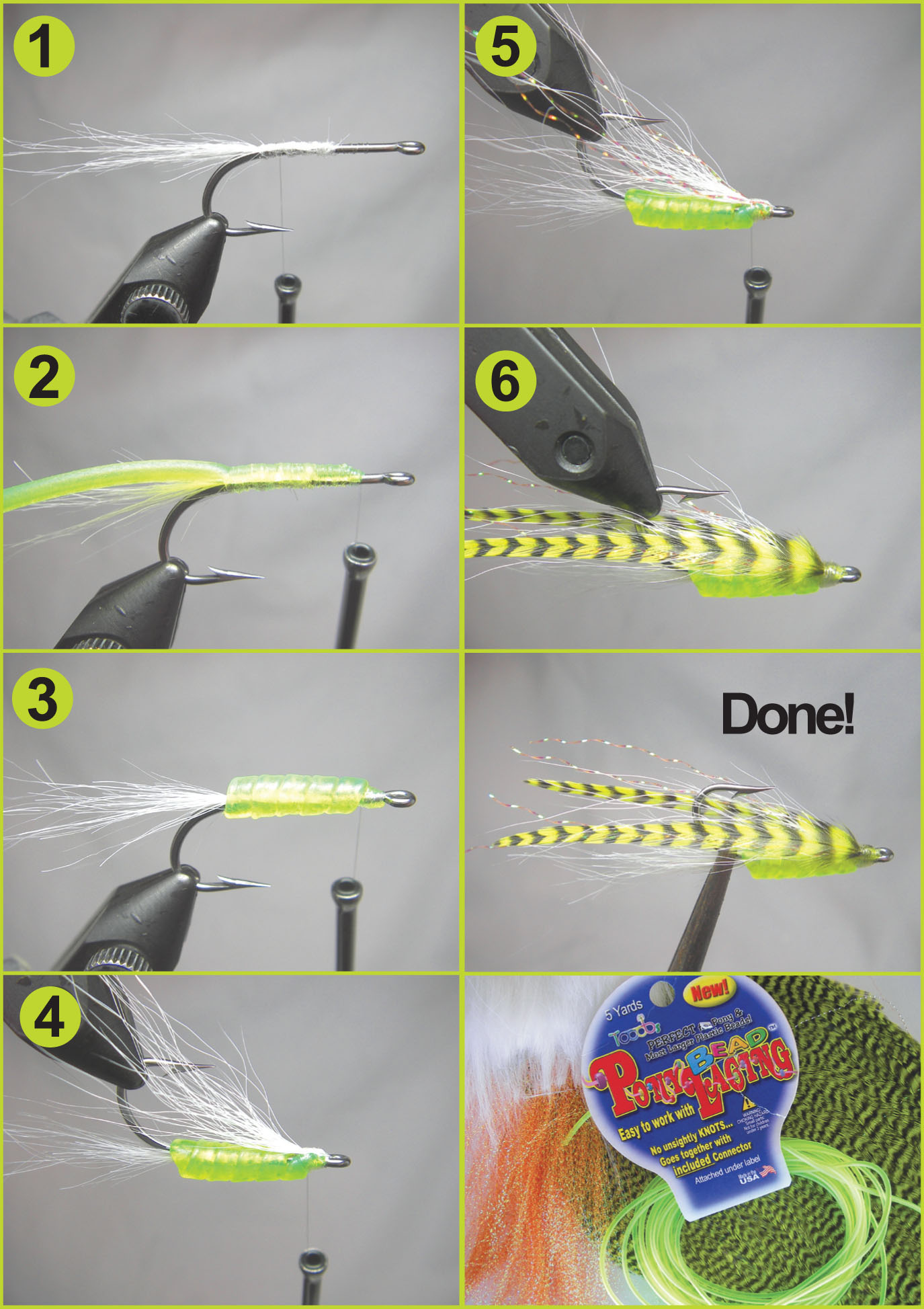 Many of the early saltwater fly patterns designed for catching bonefish shared a common design- they featured wings of bucktail and grizzly saddle hackle feathers tied over an inverted hook shank. Sometimes mylar or chenille was wound around the shank below the wing to bulk up the fly and form the illusion of a belly. The flies rode with the hook point inverted so they were weedless and the humble coupling of hair and banded feathers created a convincing illusion of fleeing prey. These patterns were, and still are, simple no-nonsense fish-catchers and their practical designs have carried over to many of the flies used today on the Texas Coast.

The Pony Shrimp is based on the design of the early bonefish flies. So-called because the body is built from translucent plastic Pony Bead Lacing, the Pony Shrimp is an effective redfish fly that takes only minutes to tie. It is a relatively small pattern, tied on a #4 or #6 standard saltwater hook, but it's the perfect size for targeting anxious redfish in very shallow water. The Pony Shrimp lands lightly and sinks slowly and it's easy to cast in the wind. If a little extra "umph" is desired on this pattern, a tungsten cone head or a pair of bead chain eyes can be added to the front of the fly. The Pony Shrimp can be tied in a variety of color combinations, perhaps the best being chartreuse/white, tan/gold, or dark orange/red.

One key to tying with Pony Bead Lacing, or any plastic lacing, is to make sure all thread wraps securing the lacing are tight and solid. Because plastic lacing is highly elastic it will pull itself free from loose or insufficient thread work. The neat thing about Pony Bead Lacing material is the way it transmits light. The lacing has a good fleshy look and it imparts a soft glow to the belly of the fly. Pony Bead Lacing is sold in department and craft stores alongside the beads and jewelry-making materials. It is inexpensive and a single roll will provide enough materials for many flies.