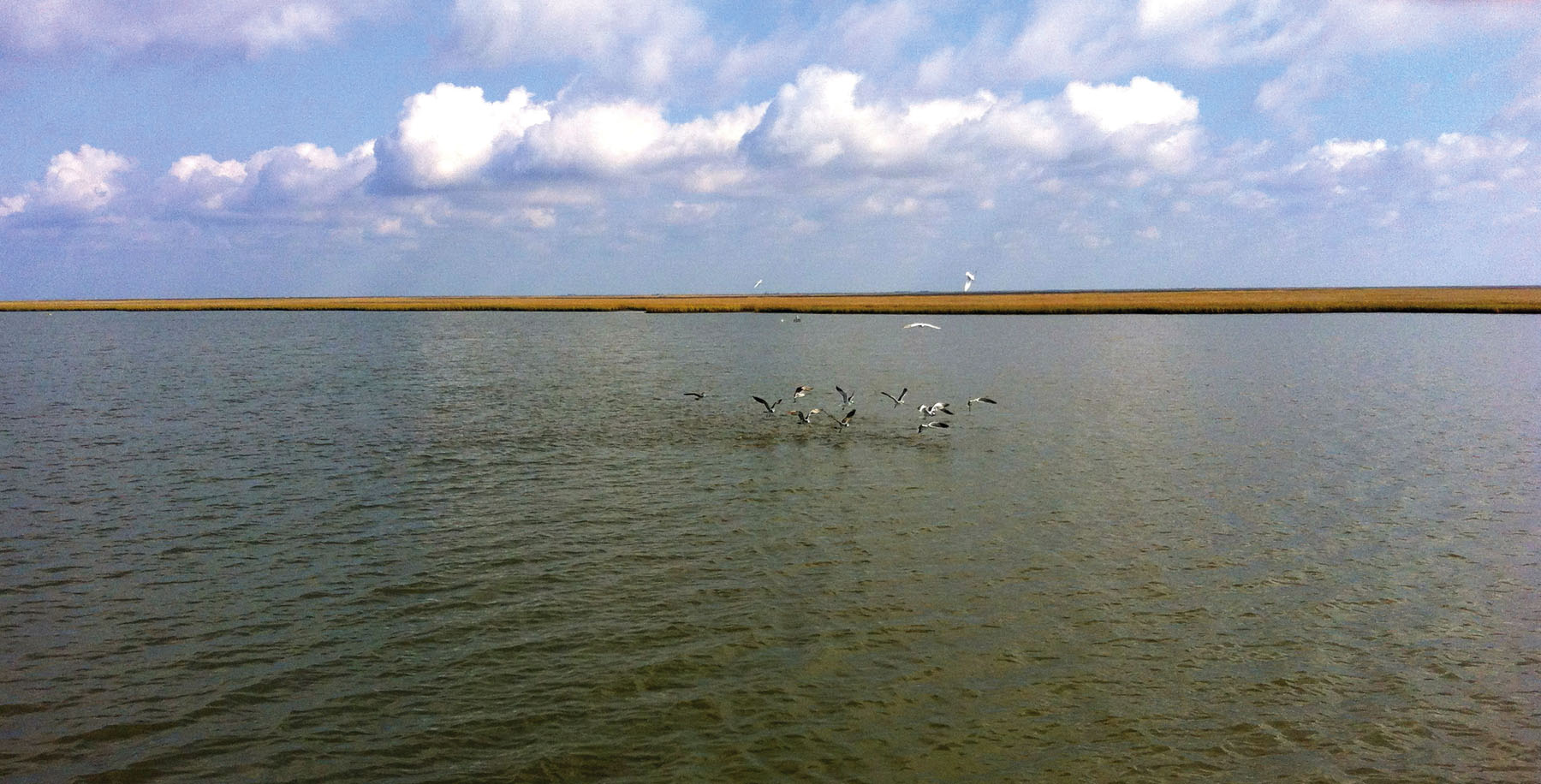 With the start of football and hunting seasons the bays will be less crowded and the fish will be going nuts fattening up for winter. Hands down, it's my favorite time of year. The grueling heat of summer is gone and a light jacket feels good on the predawn run. When questioned about the best time of year to fish the marsh my response is, "If I only had 30 days to fish out of the entire year I would choose the middle of October to the middle of November."

Due to printing schedules and deadlines I'm writing this the first of September. While I suppose that is technically fall, it doesn't really feel like it right now. I just came in from doing some tractor work prepping some food plots for deer and I don't think it could get any hotter. But the clock is ticking on this heat and soon that first cool breeze will slide in from the north.

The good news is that Mother Nature's clock spins no matter the weather. The reds have already started sporadically podding up in the marsh over the last few weeks and it will only get more consistent in the coming weeks. With all the recent extra high tides the majority of shrimp are still way back in the marsh grass and not yet fully mature. Occasionally on a falling tide a few have been slipping out to the edges and getting pounded by small schools of reds. I've even been finding a few trout way back in areas they don't usually venture.

The other day I went on one of my marsh hikes to check things out in areas inaccessible by boat. I do this from time to time to try and figure out where the biggest population of juvenile shrimp are hiding. These little ditches and ponds are where they grow up. The reds know this too and there are always a surprising number of fish in places you wouldn't think they'd go. I carry the fly rod with me of course, but catching isn't my main focus.

I want to know which areas to concentrate on as these higher tides start slipping lower. Sure there are shrimp throughout the marshes, but there are certain areas that hold an abundance and that changes from year to year. These little ponds and ditches empty into the larger marsh lakes and once the shrimp start their migration the larger lakes adjacent to these areas will hold the most consistent schools.

The only hitch in the plan is the long-range forecast for a later than normal tropical season. I don't trust those weather guessers, but if they're right we might have to deal with some higher than normal tides on into the early part of the fall. Should that be the case the shrimp will stay put and the reds will push into the flooded grass to find them. Targeting these fish is a blast, it just isn't very easy.

A few years back there was a late season tropical storm moving across the Gulf headed towards the lower coast. Our tides on the upper coast pushed a couple feet higher than normal flooding the marsh almost to the tops of the cord grass. Based on my hiking missions I knew where there was a mess of shrimp. The high water allowed me to pole the skiff over what would normally be dry ground. It wasn't hard to locate the reds, just listen and follow the crashing noises. Retrieving a fly or lure through the thick grass was tough and getting their attention was even harder. I eventually gave up trying to finesse them and got aggressive. The fish were so preoccupied with digging in the grass you could get right on top of them. I picked out the biggest nastiest fly in the box and just started splatting it on their heads. The reaction strikes were incredible. It was so much fun; I stayed out there until the last bit of daylight spending the last hour walking around with a camera.

When I got home I was grinning that silly satisfied grin from a great day on the water. Camille knows that look and still asked how the fishing was. A good wife will do that even though she knows she's going to have to listen to an hour of play-by-play.

"How many did you catch?"

That one got a puzzled look. I had figured out how to get them to eat a fly, however I hadn't figured out how to land one. These were big heavy reds, a few oversized, and they were really fired up. Every fish I hooked would barrel off through the thick grass and eventually wear through the leader. It cost me a lot of flies, but I'd do it again tomorrow.

If we don't get any tropical trouble and nature follows a normal course, the tides will drop out as the fronts blow through and the shrimp will exit the pothole lakes. At first they'll hug the shorelines of the bigger lakes and the reds will be poking into the grass to shake them loose. It's fun visual action that can get the blood pumping and cause some wild casts. Take your time, settle down and make a good shot. Tossing into shoreline grass and hanging up is a sure way to blow the opportunity.

At some point a real front will come through and pull the shrimp off the shorelines as the tide blows out. The reds will respond by schooling up and plowing across the shallow lakes to root them out of the mud. These schools can number into the hundreds. It's a sight to see, that many reds rumbling across a mud flat. If you're careful you can work the edges and pick off several before spooking the whole crew. You want to try to hit the sides. Picture it as a sloping mound of fish. The ones you're seeing up top are at the top of the hill, but there are usually others hugging bottom in front and along the sides. A cast behind the reds will often pick up a schoolie trout. If the water is clear enough you can sometimes see a horseshoe shape following the reds. That'll be those dink trout picking off the leftovers.

The tendency for newbies is to take a shot right into the middle of the melee. You'll certainly get bit, but the entire school will blow out and likely disappear. When that happens you can sometimes stay put and they'll bunch back together nearby, but don't count on it. It never ceases to amaze me how that many reds can vanish in that shallow of water.

So sharpen your hooks, tie your flies and clean up the gear... It's coming and it's gonna be good.