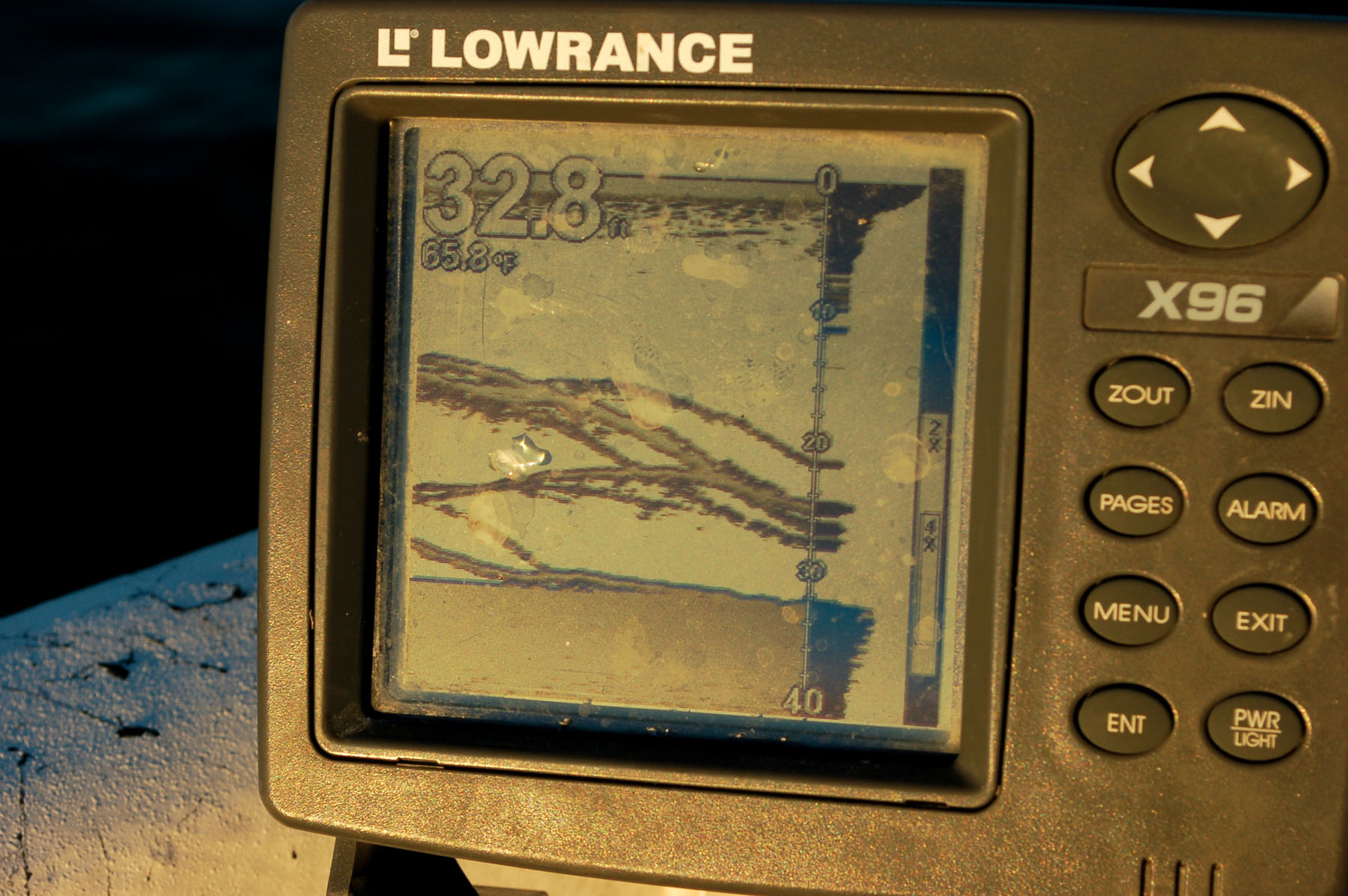 I love to fly fish for striped bass. Although my home in New Braunfels is a very long way from the ravaging stripers of the Eastern Seaboard, it is a short drive from Canyon Lake which boasts a tidy population of these powerful fish. Years ago, the rumor of stripers on Canyon Lake lured me in. At the time, I had never seen one and never caught one, and I could not have predicted the ways they would test my patience and perseverance as an angler. Nor would I have guessed stripers would ultimately become one of my favorite fish to catch with fly tackle.

From a landscape perspective, fishing for striped bass in reservoirs like Canyon Lake is fundamentally different than pursuing them in their native waters off the East Coast. The scenic lighthouses and treacherous beachfronts of the Atlantic shore are traded for deep inundated river channels, submerged rock piles, and gently winding shorelines. Although the scenery in a reservoir is different, the striper's behavior as a predator is essentially unchanged. Stripers have a high metabolic rate and a big appetite. They roam in schools and aggressively feed on shad or anything else they can corner. Stripers generally prefer to stay in cool dark places over warm sunny ones.

One of the first lessons I learned on Canyon was that stripers are mostly a deep-water fish and the floating fly lines I had been using to catch redfish, trout, and largemouth bass at the top of the water column were seriously limited for striper fishing. The idea of throwing poppers at blitzing stripers seemed pretty cool, but it was not practical because I usually located them at depths of 20 feet or more. These deep schools were often suspended, and making an adequate fly presentation to them required a fast sinking line, a heavy fly, and a lot of imagination.

Initially, the prospect of using sinking lines was a little daunting for me. At the time, my only experience with a sinking fly line had been when I accidentally bought one and didn't realize it until I opened the box on my way to the flats. By the time the weekend was over, I was so frustrated with that line I stripped it off my reel and threw it away.

But this deepwater scenario was different and I was willing to try again, especially if it meant I might hook into a big angry striped bass. So, I purchased a type 6 sinking line and a few weeks later I made a stripping basket to go with it. I gradually gained confidence in casting and fishing the heavy line and got pretty good at hitting the right depths with it, picking off stripers here and there.

As crazy as it sounds, learning to use a sinking line was a turning point in my fly fishing career. I realized it made a powerful addition to my fly tackle arsenal and I began using sinking lines in saltwater to tag specks and redfish in channels, over deep structure, and in the surf. My productivity went way up.

The second windfall of my passion for stripers was a fly that has become my absolute number one fly for any deep water fishing. The fly is a version of a Clouser Minnow called a "Chrome Clouser." Now let me preface these next few paragraphs by stating I did not invent the Clouser Minnow. Nor do I claim to have made any revolutionary improvement to Bob Clouser's wonderful fly I didn't.

All I did was change the materials. I wanted a deep diving silver fly to mimic a threadfin shad, so I replaced the bucktail belly and body of the standard Clouser Minnow with a fat tapered clump of silver Krystal Flash. The result was a big juicy solid silver fly that sank like a rock. It still had lead eyes, still had an upturned hook point, and was still no doubt a Clouser Minnow. But it was the brightest, flashiest, fishiest looking Clouser Minnow I had ever used. And it worked man did it work. This fly has nailed stripers, smallmouth, trout, reds, and every other fish I have ever thrown it to in both fresh and saltwater. It is a great fly and every time I tie one on to my leader my confidence goes way up.

The third lesson the striped bass has taught me is humility. Striped bass will put you in your place. They are short-strikers, line-breakers, hook-throwers, and notorious no-shows. Their movements and habits in a reservoir follow patterns, but their position last month, last night, or even ten minutes ago often has little bearing on if and when they will show again. Fly fishing for reservoir stripers is truly a 3-dimensional game. They can surface, dive, circle, and head for the horizon in a startlingly short amount of time. I can't tell you how many times I have had my confidence rattled from large schools of feeding stripers that have completely vanished, and by those that failed to appear when everything seemed perfect.

By nature, stripers are vampires. They have insatiable appetites and prefer to work under the cover of darkness. But, they'll bluff you into fishing in cold, nasty, raw weather and then decide to show up a few days later when it's warm and sunny. Just when you think you have them figured out, stripers will change their minds.

But the funny thing is that even after all the bad weather, crazy fly fishing rigs and utter head-scratching disappointments I have endured chasing striped bass, they have somehow kept me coming back for more. And I have to say, like no other fish, stripers have taught me valuable lessons about patience, problem solving, and perseverance in angling. The things I have learned from them have helped me almost every other place I have fished. And that's why I'll keep chasing the elusive, reckless, utterly wonderful striped bass.