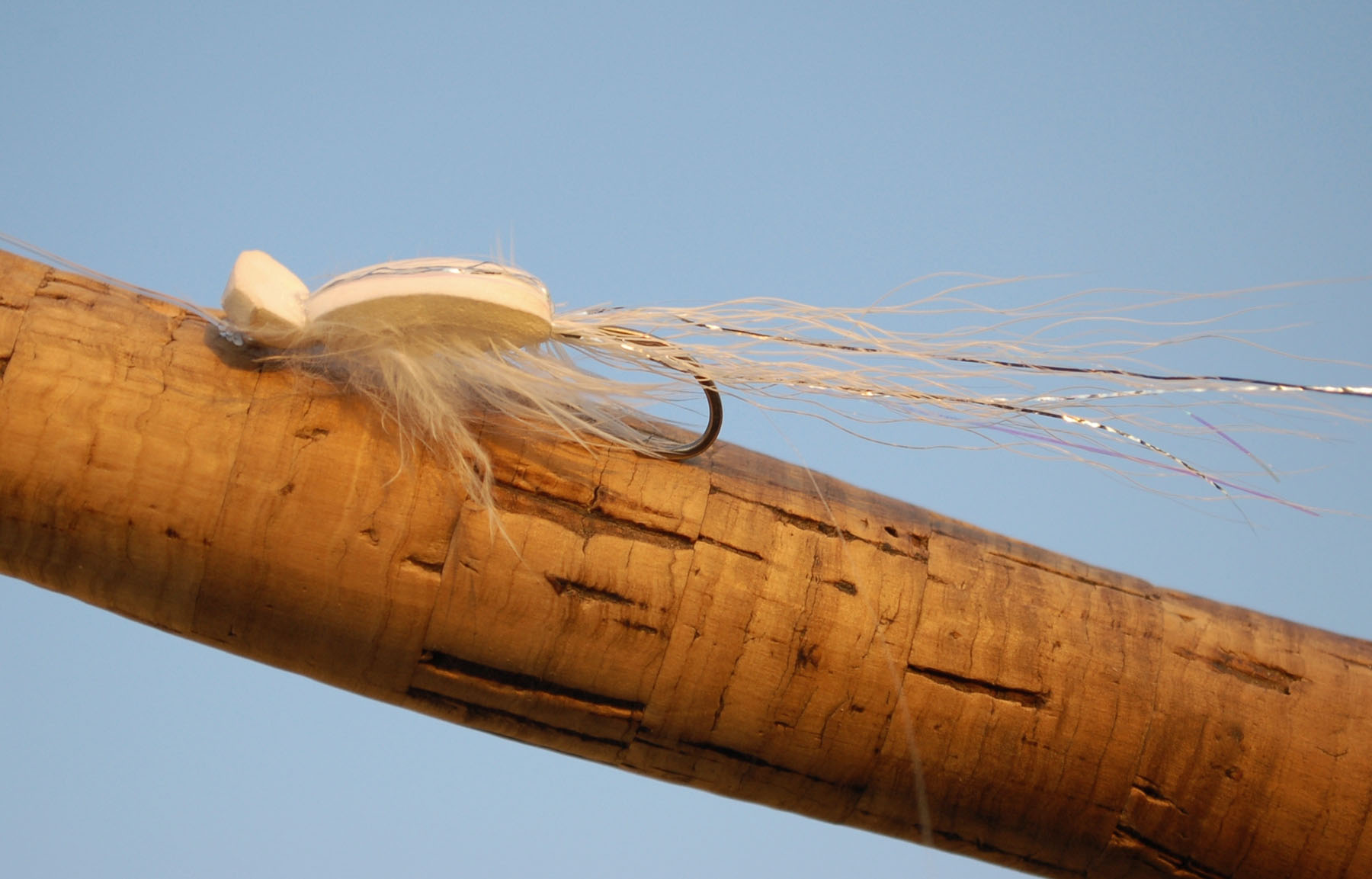 Three months ago, we began a series titled "Simple Flies for Saltwater." The series was designed to showcase effective, simple fly patterns. So far we have covered subsurface flies, including the Bendback, the Seaducer, and the Clouser Deep Minnow. This month we wrap up the series with a topwater pattern- the Gurgler.

The Gurgler was created by East Coast angler and master fly tyer Jack Gartside. It is a strange looking fly and the first time you pick one up you might wonder exactly what it is supposed to imitate. It looks sort of like a June bug with a funky collar and a long tail. But in spite of its odd appearance, the Gurgler is great fly. When tied in small sizes the Gurgler is just right for cautious flats fish. Much larger versions can be tied for open water predators that feed on big prey.

The design of a Gurgler is simple. It is sort of like a Woolly Bugger with a foam strip stretched across its back. A small tag of foam is left extending over the eye to serve as a popping lip. The lip spits water and the sound it makes gives the Gurgler its name.

The foam lip is one key to the Gurgler's effectiveness. Rather than plugging and popping like many surface patterns, the Gurgler is more subdued. It lands lightly on the water and it makes a bubbling sound when snapped forward. This unique "gurgling" sound is irresistible to all kinds of fish large and small.

The second key to the Gurgler's effectiveness is its neutrality. Rather than looking like a specific prey species, the Gurgler's strange features manage to effectively mimic many different types prey. For example, a small tan Gurgler could easily be mistaken for a shrimp, or a baitfish, or even a crab. Large grey/white Gurgler's look like shad or mullet, and tiny yellow or green Gurglers easily pass as insects. Because of its versatility, it is easy to see why the Gurgler has become such a widely popular fly. If the Gurgler has a weak point it is perhaps its light weight, which makes the fly difficult to accurately cast in high winds. But, no fly is perfect for all fish under all conditions.

The materials to tie Gurglers are easy to find and most fly tyers likely already have them. The tail is crafted from bucktail or marabou with a few strips of flash added. The legs are formed from saddle hackles and the Gurgler's foam carapace can be built from either 2mm or 3mm craft foam. The foam is commonly available in the craft section of department stores and hobby shops. The Gurgler will make a great edition to your arsenal of simple flies for the Texas Coast. Learning to tie it correctly only takes a few runs and it is well worth your time.

If you are interested in learning more about fly casting, fly fishing, or fly tying, be sure to attend Fishing Tackle Unlimited's 2008 Fly Fishing Expo. This is a one day event, scheduled for Saturday, December 13, 2008 from 9:00 am to 6:00 pm at Fishing Tackle Unlimited located at 12800 Gulf Freeway in Houston. This year's guests include World Casting Champion Steve Rajeff, and Texas fly fishing legend Chuck Naiser. Other fly fishing gurus will no doubt be roaming the store all day. There will be free seminars, casting and tying demonstrations, and door prizes. Regardless of your level of skill, if you want to learn more about fly fishing this is your chance. For more information, contact FTU at 281-481-6838, or visit them online at www.fishingtackleunlimited.com Hope to see you there!