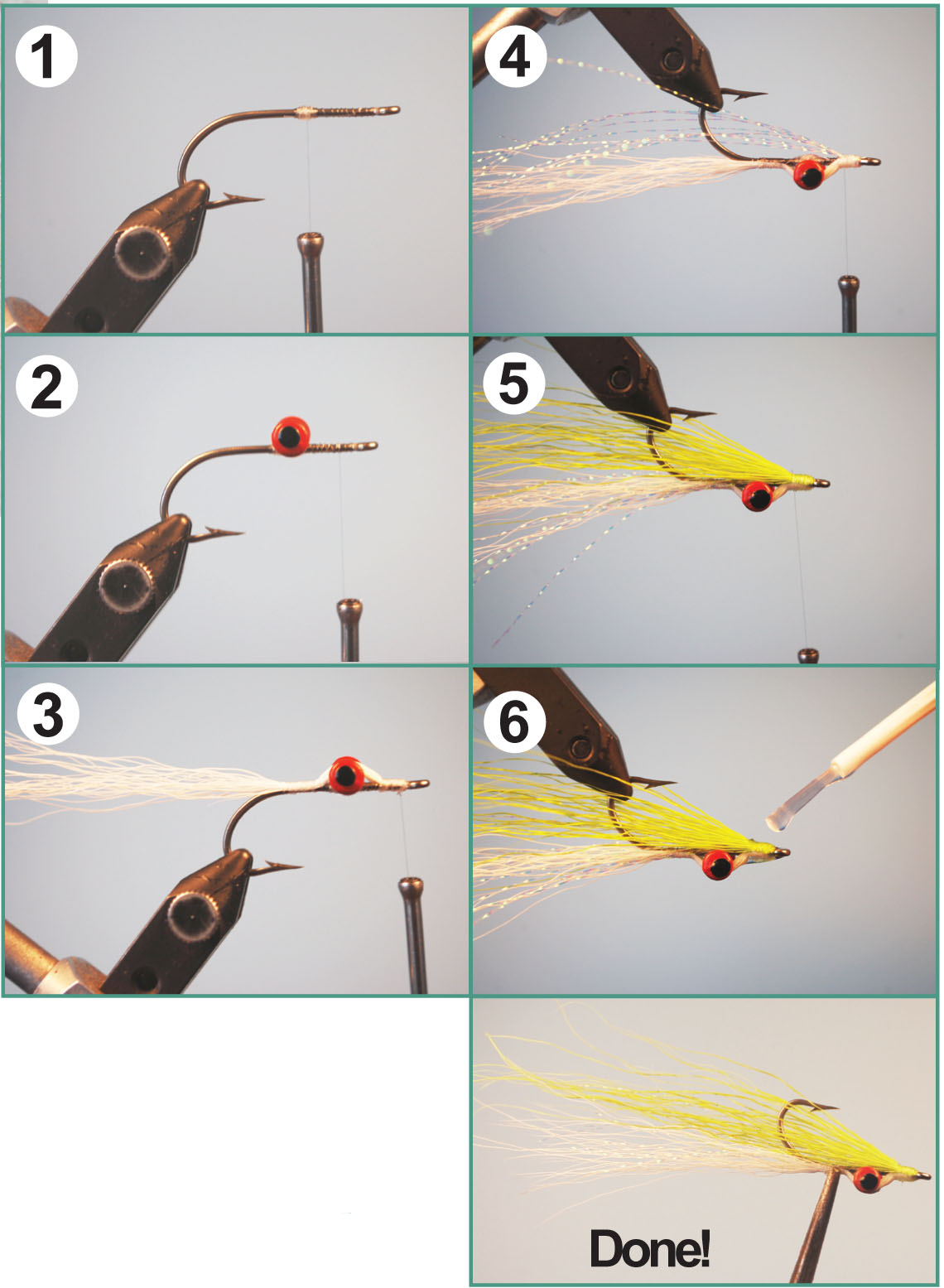 In the last 2 installments of "Simple Saltwater Flies," we covered the tying steps for the Bendback and the Seaducer. This month, we take a look at another simple but legendary fly- the Clouser Minnow. If you have ever cast a fly rod, chances are you have fished some version of a Clouser Minnow. In either fresh or saltwater, it has few equals.

Brainchild of Pennsylvania guide/angler Bob Clouser, the original "Clouser Deep Minnow" as it was called, was designed to catch smallmouth bass. It was a modest-looking fly and didn't resemble much in the vise. When he was first handed a Clouser Minnow, Lefty Kreh reportedly commented that it looked like an incomplete fly. But the Clouser Minnow made up for its strange looks with its fish-catching ability. No one who tried one could deny its prey-like appearance underwater or its effectiveness. Slowly but surely, the Clouser Minnow proved its worth in both fresh and saltwater, and to date, it has perhaps caught more fish in more places than any other pattern in existence.

The "Clouser," as it has come to be known, owes its success to 3 basic characteristics. First, it is a simple and inexpensive fly requiring minimal skills and materials to tie. Second, it's versatile. Clousers can be tied to imitate baitfish, crustaceans, worms, and a variety of insects. By varying the weight of the eyes or the content of the body fibers, Clousers can be tied to fished shallow or deep. Third, Clousers have great "fish-ability' and action in the water. Their inverted design makes them weedless and their jig-like motion is irresistible to predators. All these features combine to make the Clouser a deadly fly pattern.

Perhaps the most popular color combination is chartreuse over white, with red/black eyes. Grey over white with silver flash is also a winner as is tan with brown stripes. To learn more about the design variations of the Clouser Minnow and Bob Clouser's other patterns, I highly suggest you get a copy of Clouser's Flies. It is a great book and will teach you everything you need to know about this legendary pattern.

1. Attach thread and build up a slight ball of thread wraps on the hook as shown. This forms an anchor point for the eyes.
2. Set eyes on thread ball and attach using zig-zag thread wraps. Coat wraps with cement.
3. Attach a slender even clump of bucktail the the top of the hook shank. Anchor with thread wraps in front of, and behind, the barbell eyes. Coat thread wraps with cement.
4. Rotate the fly and attach 6-8 strands of Krystal Flash on top of the hook shank. The flash should extend slightly beyond the tips of the belly fibers.
5. Attach a slender clump of bucktail over the Krystal Flash. Secure it with thread wraps between the barbell eyes and the eye of the hook.
6. Tie off thread and coat the head of the fly with cement. Done.