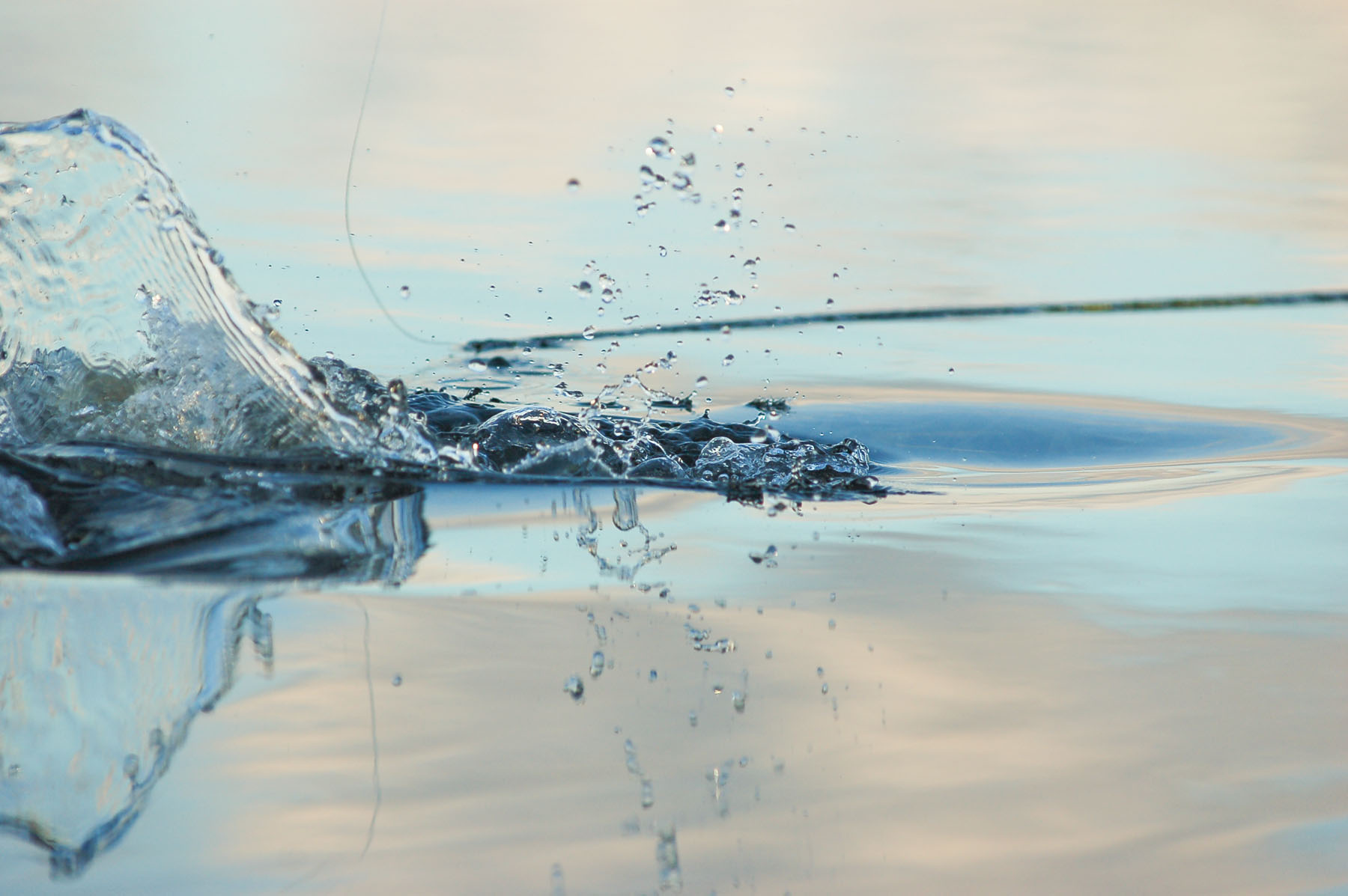 Like many fisherman, I have always carried a camera with me for the purpose of documenting the fish I caught and the flies I used to catch them. Nearly all my photographs were grip and grin although I would occasionally capture an image of a sunrise or sunset or an anecdotal plant or bird. Fishing came first, and photographs second. No fish landed usually meant no photos taken. For years that was the system and although I was tempted a time or two I never seriously considered trying to photograph a fish instead of trying to catch it. And then along came a freakish afternoon of fishing in the spring of 2007 and a chance at something new.

We had paddled our kayaks into a quiet back lake. The crystal clear waters were familiar to us and we knew which shorelines and sandbars would be dead and which would be alive with activity. But this day was different. As we entered the lake it seemed we had unknowingly stumbled into a redfish rally. As far as our eyes could see there were tails, wakes, and eruptions. We drifted across the shallow shoals in nervous disbelief and watched redfish in countless combinations feeding around and even under our boats.

Needless to say, fly lines started flying. But after landing four or five reds and staring toward the distance at dozens more, something seemed different. I had never before seen so many redfish in one location and catching them was almost too easy. I glanced back at my camera and it occurred to me this would be a perfect opportunity to try to photograph some tailing fish. So I put down my fly rod and picked up my camera. I did not realize it at the time but that moment was a quiet turning point for me an off-ramp toward new territory.

A few days later I anxiously downloaded the photos (nearly 600 of them). As I clicked through the images my mind began to race. Looking through dozens of sequential shots, I was disappointed. Many of the shots were of poor resolution, or the subjects weren't clearly visible, or they were overexposed. In short, most of the photos were real yawners and really did not illustrate the visual experience of the afternoon very well. How could this be? I had a pretty darn good camera, plenty of time, and cooperative subjects. It became immediately evident that capturing a good photo of a fish was far more difficult than catching it.

The saving grace was that two of the shots in that first experiment turned out decent. I studied them carefully and tried to understand what made those two images so much better than the rest. I couldn't. The images were what they were, and it was clear I had a lot to learn about the art and science of photography. It gave me a much deeper respect for those who are skilled with a camera and I was challenged to learn more.

Since that first effort I have learned more about cameras and photography. The clearest lesson perhaps is that while I can get a good photo every now and then, I don't yet have the skills or experience to do it consistently. And although modern technology allows us to inexpensively collect thousands of photos and enhance mundane work, good photographs and good photographers still speak for themselves. They are the product of painstaking planning and practice that places everything in the right place at the right time. Occasionally photographers get lucky, but most have devoted untold hours and expense to develop their skills. When I look at the collections of images produced by professional photographers, some of whom are friends, it is humbling because I know how much effort and natural talent have gone into making them.

But I also believe that practicing photography is something we all can enjoy. It is a pastime that gets us into the wild and it's virtually non-consumptive. Modern cameras are relatively inexpensive to operate and they are durable. And although it is true most dedicated photographers have made substantial investments in their equipment, it is certainly possible to capture very nice images with simple and inexpensive cameras. It is a matter of creativity and making the best use of available resources. Many people do it. They understand their subjects, take advantage of good light, and compose wonderful photos.

Regardless of what brand of camera is used, the fundamental joy of photographs is how they are uniquely able to tell us a beautiful version of a story we thought we already knew. This is why we sit and stare and marvel at a compelling photo. We see things we have never seen before. The visual stimulus is powerful and capturing it is an art. It is usually a bit of an experiment and the result is always a surprise.

To me, photography is not a substitute for fishing, or hunting, or anything else. It is an extension of these things and a compliment to them. Photographs are a way we save our memories, express our ideas, and tell our stories. Looking back on that afternoon in the marsh with all those redfish, I am glad I chose to pick up the camera. That choice has led me to something new and challenging - something to look forward to and think about. Maybe even something I can pass on to my kids. It has grown into a very pleasing way to experience and re-visit the natural world.