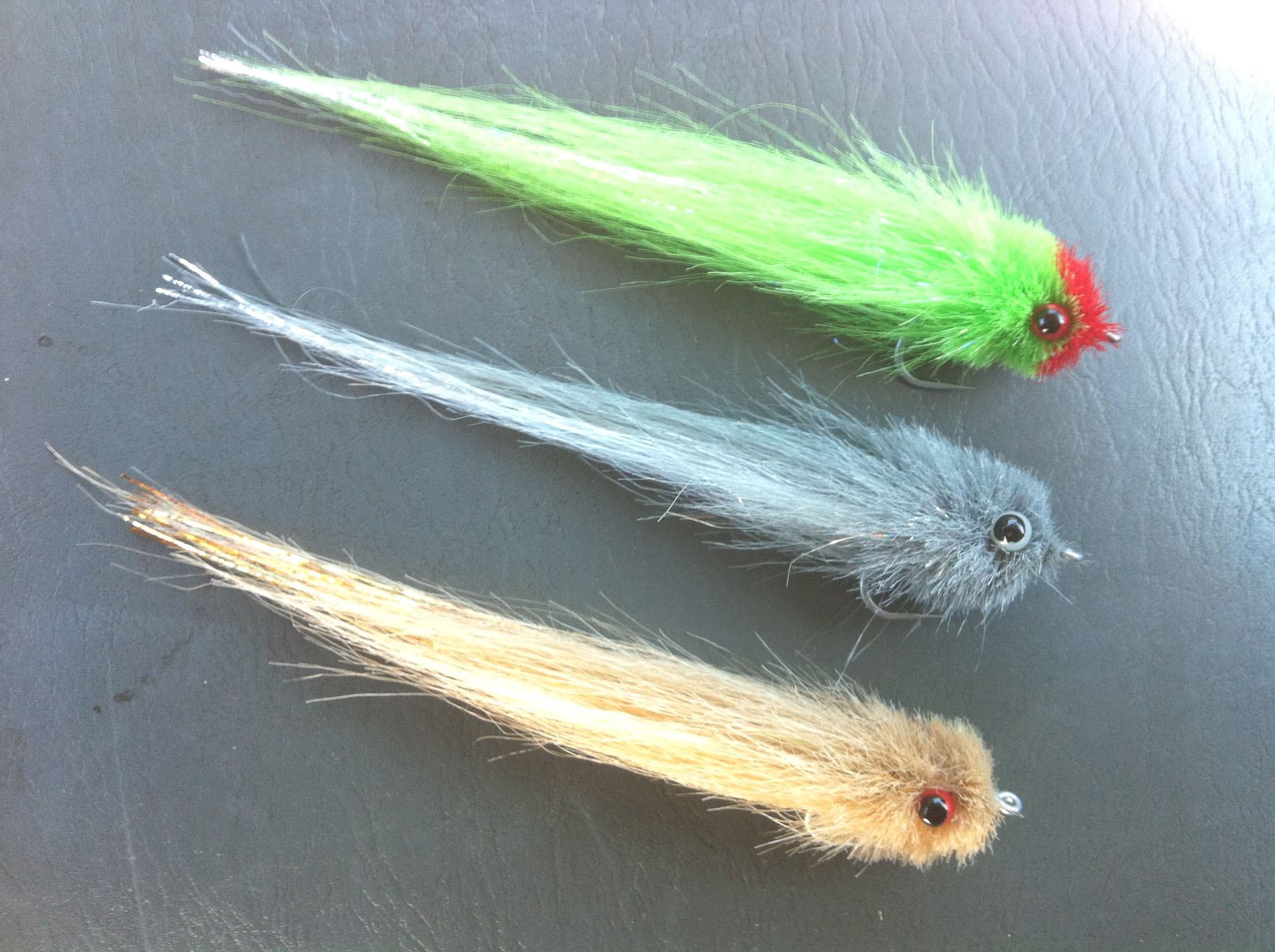 One of the more common requests I receive from Texas Saltwater Fishing Magazine readers is to provide more fly tying articles. Each year it seems the interest grows as more anglers discover the unique and rewarding pastime of fly tying.

This month, we'll walk through the steps required to tie a fly called the Meaty Minnow. It is a moderately difficult fly to tie, but the techniques used to make it can also be used to create other minnow and crustacean patterns.

The Meaty Minnow is a large mullet/baitfish pattern built from craft fur. It is a slow-sinker with a tremendous amount of fluid motion. The Meaty Minnow is a great fly for speckled trout, redfish, striped bass, and a host of other swimming carnivores. Good colors include grey, tan, chartreuse, white and pink.

The Meaty Minnow has several unique design aspects that contribute to its effectiveness. First, the head of the fly is made from craft fur dubbed and trimmed to a traditional "bass bug" shape. It pushes a lot of water and the turbulence causes the supple tail of the fly to "swim." And although it has a high profile in the water column, the non-absorbent craft fur used to make the Meaty Minnow sheds water very well. Even though it is large, it is light and easy to cast.

Attach a set of plastic bead chain eyes to the top of the hook shank near the center. Coat the thread wraps with Sally Hansen's and move the bobbin to the rear of the hook.

Pull the thread down and form a 5-inch loop. Bind the base of the loop to the shank with a few thread wraps. Place a dubbing spinner or small weighted hook into the loop and let it hang. Move the bobbin to the eye of the hook. Cut a 3-inch section of craft fur and insert it into the hanging loop as shown. The butt ends of the craft fur should extend approximately inch from the loop.

Hold the dubbing spinner/hook in one hand and apply steady pressure to the loop while spinning it. Spin the loop until the thread tightens and begins to shorten slightly. Do not over-spin or the thread will break. Use a piece of Velcro hook material to pick out the tangled craft fur fibers until they have a fuzzy shape.

Slowly palmer (wrap) the dubbing loop forward and carefully brush the wrapped fibers back as you move toward the eye of the hook. This keeps them from becoming buried or tangled.

Continue toward the eye of the hook, making sure the wraps seat tightly around the hook and on either side of the plastic eyes. When you reach the eye of the hook, wrap down the tag end of the dubbing loop with the main thread and tie it off. Cut the thread clean and coat the wraps at the eye with Sally Hansen's.

Brush out the fibers so they are smooth and evenly shaped around the hook. Begin shaping the head of the fly by first trimming the top of the head flat with sharp scissors as shown.

Next, trim the bottom of the fly. Leave plenty of "belly," making sure the fibers almost touch the point of the hook. This will keep the tail from swinging around and fouling on the hook when you cast.

Trim both sides of the fly flush with the outside edges of the plastic eyes. Take care not to cut the eyes. Continue trimming until the fly has a smooth cylindrical head. The overall shape of the head should be round, like a classic "bass bug."

Now go fishing! Fish the Meaty Minnow with slow supple twitches. It works fine on both floating and sinking lines. My favorite presentation is on an intermediate line with five foot fluorocarbon leader.