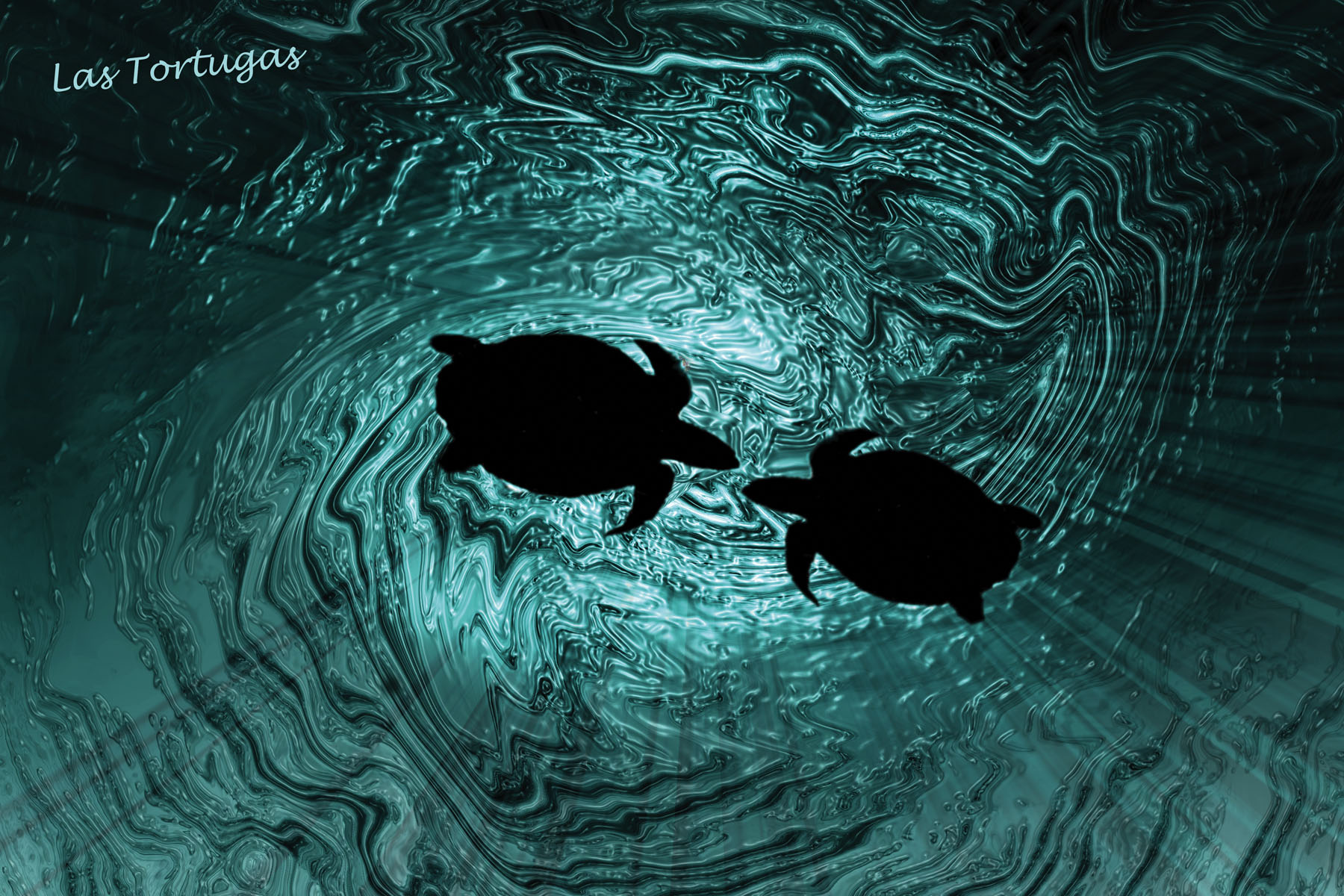 Las Tortugas
Each of us has unique and special memories of time spent in the outdoors. The vivid images of the things we have seen and the places we have been stick with us. They shape our dreams, the decisions we make, and how we see the world. Some of us capture these images in photographs, others create them in art, and some keep them alive through stories. This month, I would like to share with you a few images I have tried to capture in art. Each rose from a vivid memory, vision, or experience that has stayed with me through the years.

Across the planet, creatures large and small embark on vast seasonal migrations. In flocks, herds, swarms and schools they travel unimaginable distances in search of food and brooding areas. On these epic journeys, the weak and the sick will perish. And while we have long understood these principles of natural selection, we don't understand what guides these creatures on their journeys. How do they all know when to leave and where to go? The great migrations remain one of the Earth's many divine and wondrous mysteries.

As summer slips away the Gulf Coast experiences its own migration. Shorter days trigger an exodus from the bays and estuaries, and what begins as a late-summer trickle builds into a massive fall run. Inshore waters come to life as millions of writhing fish and crustaceans pour off the shallow flats, through deep passes and down the beach. Birds from above and predators from below show up to feast on the bounty. It is a compelling sight.

Years ago, I camped at Pass Cavallo on a bright October night. The moonlit water was dimpled with thousands of little bumps and ripples made by countless mullet moving through the pass on their journey to somewhere. It was a quiet night, with the lazy rumbling of the surf barely audible in the distance. But every few minutes the water would erupt as a hungry predator rose from the depths and grabbed an easy meal, abruptly ending the journey of some unlucky baitfish. I sat and wondered what it must look like from below the silhouettes of all those bodies in the inky water of the pass, backlit by the rising moon.

The redfish is one of North America's most prolific and rugged saltwater fish. They thrive in a variety of places ranging from wild pelagic offshore waters to controlled inland reservoirs. But the redfish is perhaps best known for its presence in the shallow flats and marshes along the Gulf Coast and Southern Atlantic Coast. It is here the redfish cruises, roots, tails, and shows us all what he can do. And it is here redfish capture the hearts and souls of fly fishermen.

Sighting and casting to a redfish in clear shallow water is one of Southern fly fishing's pinnacles. And although it is simple in theory, many factors come into play before the redfish makes his presence known. The water temperature and level must be right, food must be present, and the tidal currents must have signaled to him, "time to eat." For these reasons, anglers often discover pursuing redfish in shallow water is a search-and-wait game.

Several years ago, I spent an afternoon standing on an exposed sandbar waiting for the redfish to show up. Low tides had emptied the flats, but a strong incoming tide was near, and I expected it to push waves of baitfish across the flat. The reds would not be far behind. On cue, the tide and baitfish showed. As luck would have it, bands of redfish began to follow them in. At first, they patrolled the deeper water on the edge of the flat, waiting for an opportunity to venture shallower. I watched as the crimson pods of fish formed, broke apart, and reformed. In the clear waist-deep water they zipped left and right. It looked as though an Easter egg hunt was going on below the surface. Some of them cruised right by me with a focused look on their rubbery heads, on the way to shallower feeding grounds. In spite of the fact I had spent all afternoon waiting for these fish to show up, I was so taken with how they looked in that clear water I never made a cast.

Turtles and tortoises have fascinated me since a very early age. As a kid, I raised red-ears, snappers, soft-shells, sliders, and box turtles. We waded eyeball-deep in a particularly unsavory creek near our house to catch the water turtles, and dodged highway traffic to catch the box turtles. Good times...

I still love turtles, and as I write this today there are two juvenile box turtles less than 20 feet from my desk. They are wonderful creatures symbols of patience and perseverance, friendship and kindness.

One memory of turtles has stayed with me vividly for many years. Early one morning I was fishing from the small jetties on Mustang Island. The rocks were empty except for a few gulls and a really rough-looking possum. I walked to the end of the rocks and cast out two large surf rods. The fishing was slow and I almost drifted to sleep, watching the waves build and roll around the end of the jetties one by one, pushing water up between the voids between the rocks. Then something caught my eye. It was a large turtle. The turtle floated on the waves with his head stuck curiously above the surface of the water. He looked around for a minute or two, with his large healthy-looking eyes blinking in the morning sun. His head and shell were chocolate brown on top and creamy tan on the bottom. He looked polished and clean. Moments later a second turtle, nearly identical in size and color, appeared and swam up in front of him. The two turtles drifted and spun in the swells of the waves and then turned their attention to each other. For a few moments it looked almost as though they were telling stories. And then with a few flips they zipped away.