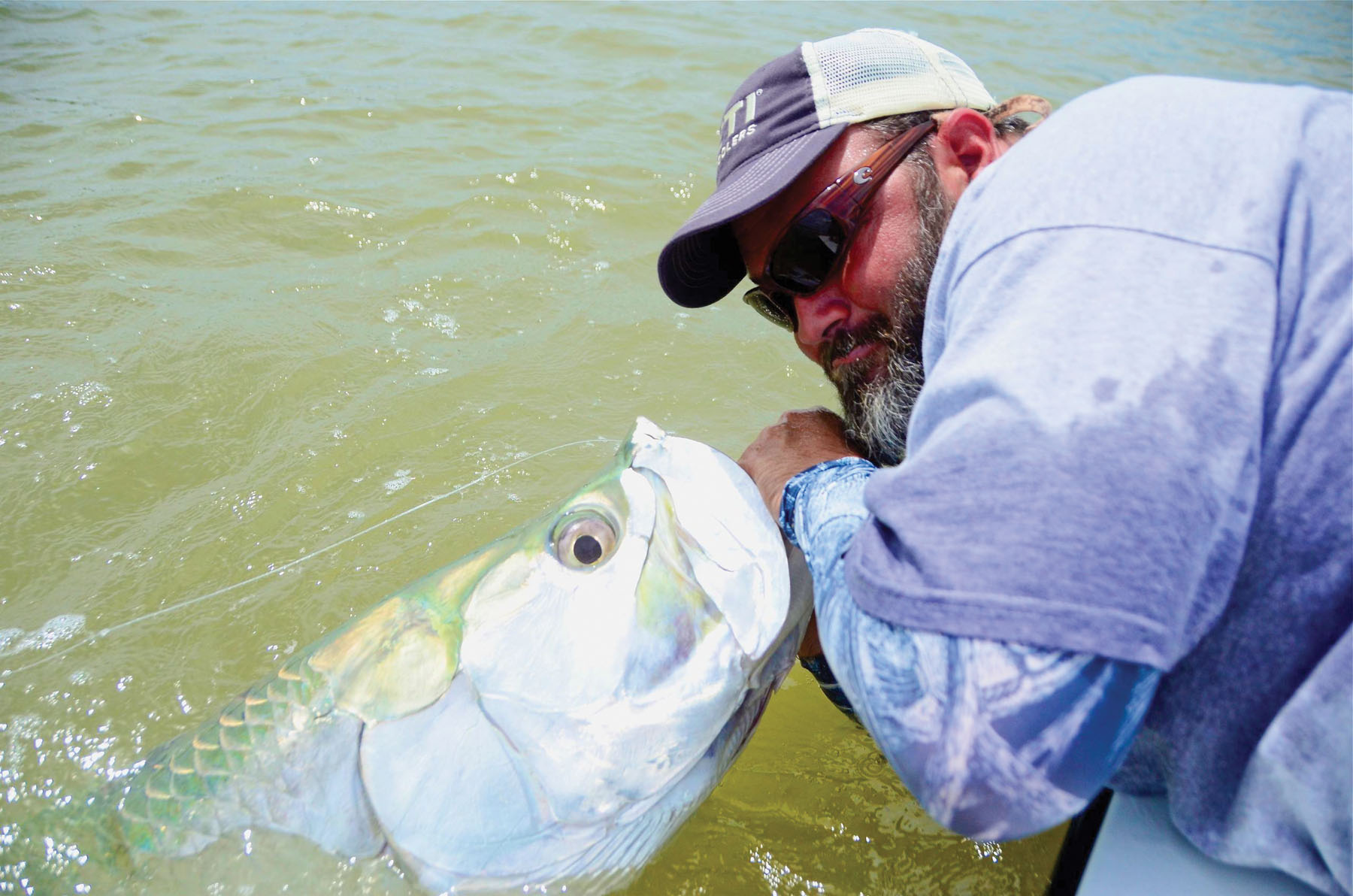 Standing atop my poling platform I am bombarded with questions daily. Of course the question I am probably asked most often is, Why do mullet jump? But that has little to do with fly fishing so I will save that for another time and concentrate my efforts on answering some other more frequently asked questions and they are - How did you get into fly fishing? and my favorite - Why did you start fly fishing?

I still remember a Sunday afternoon television program back in the early-80s where the anglers were pursuing tarpon with fly rods. To say I was mesmerized would be the understatement of the century. I called my father in and he sat down beside me and watched. When the show was over I looked at him and told him in no uncertain terms that someday, I was going to go to catch a tarpon on a fly rod. From that point on I have read every article I could about saltwater fly fishing with one goal in mind going to the Florida Keys and catching a tarpon.

Shortly after seeing that but still long before I ever picked up a fly rod, I was introduced to the art of fly tying which, incidentally helped fuel the fire. In 7th or 8th grade, a teacher by the name of Bill Trussel would sit in his room during what was called the activity class or some would call homeroom and he would tie flies. Along with several other students, I was fascinated by what he was doing, and over the course of the year, he took the time to teach us the basics of fly tying truly one of the best, most useful things that I ever learned in school. Thank you Mr. Trussel!

A year or two later I found a fly rod and reel combo at Oshmans Sporting Goods that I purchased with my hard-earned lawn mowing money. It was a yellow Eagle Claw rod made of fiberglass matched with a Pflueger reel. From there I set out to learn to cast the damn thing. Now mind you, this was no easy task considering the fact that I was 15 years old and was already obsessed with playing football, duck hunting, chunking gold spoons at redfish, riding motorcycles and chasing girls. Add that to the fact that, as far as I knew, there was nobody nearby that new anything about fly fishing to get instruction from. To say the least, it took quite a few years before I got the hang of it and started catching fish. And, by fish, I mean bass and bluegills.

Now mind you, I still had no idea that a redfish could be caught on a fly. Little did I know there were several fly anglers out there already pursuing the gamefish of Texas with the long rod and they had been doing it for quite some time.

People like Brooks Bouldin, Robert McCurdy, Joe Robinson, Jimmy Nix, Carey Marcus, Tom Horbey, Chris Phillips, Dave Hayward and Chuck Scates were not all, but some of the most influential early Texas saltwater fly fisherman that helped introduce many to the sport here in Texas. Bouldin, who not only started the Texas Fly Fishers club in Houston back in 1976 and also the owner of the Anglers Edge, introduced many to the sport as did Robert McCurdy who opened the first fly shop in Texas in 1984- The Austin Angler. Unfortunately, I knew none of this and even if I had, I was too far from Houston or Austin to take advantage and so I had to get started on my own.

Then, in January of 1990 I had the opportunity to guide a gentleman by the name of Sandy Moret and his son Andrew on a goose hunt here in Texas. To put it in perspective, Moret owned the Florida Keys Outfitters and Fly Fishing School and his son, known to many now as Drew Moret, is one of the most sought after guides in the Florida Keys. Looking back, I feel sorry for them. I must have asked a thousand questions in my quest for knowledge about the sport of fly fishing.

However, it was not until 1992 that I lost my frickin mind and became obsessed. I watched a show on television that changed my life forever and it was called The Walkers Cay Chronicles. Through the incredible cinematography and the almost poetic narrative from the host of the show, Flip Pallot, I realized catching fish on a fly rod was exactly what I wanted out of life.

At the time of my revelation, I was in the Coast Guard and had money to spend and immediately drove to Houston where I purchased my first real fly outfit which was a G Loomis 8 weight with a Scientific Anglers System Two reel. Not too long thereafter I ran into Wright Taylor, a long-time friend that I had lost touch with since high school, and learned that he was getting into the sport as well. We started fishing together quite often, and together we started catching redfish and learned the sport that eventually would consume our lives.

Taylor now guides full time in the 10,000 Islands region of Florida and I am here in Texas starting my seventeenth year of guiding full time this month. I am also blessed to have been given the opportunity to travel all over experiencing and sharing through photographs the world of fly fishing.

Wow, it is hard to believe that a couple of television shows could change a persons life but that is what happened to me. And, while this might answer the how I got into it question, it does not address the why.

Fortunately, the why is a much shorter and simpler answer fly fishing is a more sophisticated and certainly more challenging way to fish. Some might even call it hard. And, to quote Tom Hanks character Jimmy Dugan from the movie A League of Their Own, The hard is what makes it great.