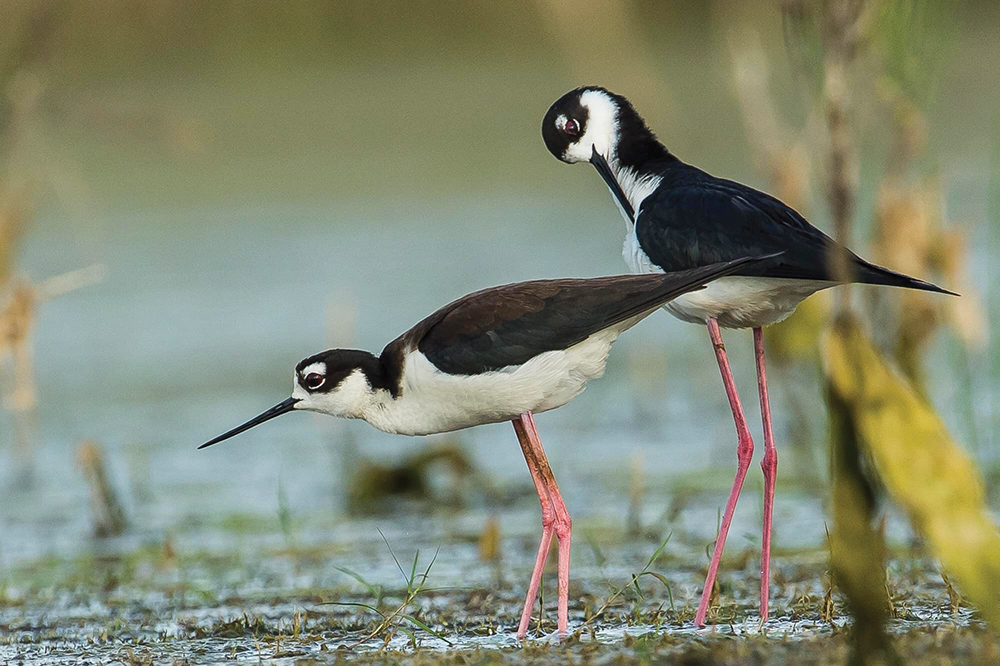 Nothing wrong with doing a little bird watching.

“I have never cared about setting world records, or filling my boat with fish, or, for that matter, even catching fish. I go for the experience of spending six hours in the arms of the ocean, never thinking of a single thing except chasing fish.”
-Jimmy Buffet

Couldn’t have said it any better myself.

What I love about the shallow-water sight-casting game is the hunt.  It’s about patrolling the marsh from high atop my poling platform and trying to figure out what the redfish are doing on this particular day at this moment.  It’s about putting the pieces of the puzzle together; the season, the wind, the tide, the time of day and their food source.  It’s about soaking it all in, processing the thoughts and coming up with answers.

It is about taking a moment to size up the fish’s attitude.  It is about deciding whether he’s aggressively attacking anything that moves, looking for a quick snack or just chilling.  It is about planning the approach and setting up for the shot without alerting the target.  It is about executing the perfect cast and watching as the red is fooled into eating the fake.

Some days I find myself poling around just observing with zero intentions of even making a cast.  The day’s reward might be simply observing how a redfish goes about searching a shoreline for his meal.  It might be following a school of feeding fish through the marsh watching as their prey flies out of the water in a vain attempt to escape.

Often times it isn’t even about the fish.  I can sit and watch some deer over on Matagorda Island.  Or I might stop everything to watch an osprey on the hunt.  In the next few weeks the endangered whooping cranes will arrive and I get a front row seat to their antics.

I fully understand that my way isn’t the only way to enjoy time on the water, but it is where I have arrived after many years of fishing.  I was once the kid trying to catch every fish in the bay.  Later I was the young man trying to string the biggest to feed my growing ego and prove I belonged among the salts I admired.  Then along came the tournament phase where I had to judge my skills against the rest of the crowd.  I wouldn’t change anything about the course of that journey.  I’ve had fun with every step and I certainly don’t begrudge anyone else following their own path, so long as they do so ethically and within the legal boundaries.

Now as I look towards checking off another year on this spinning rock I no longer have the desire to compare myself to others.  I no longer feel the need to catch the most or the biggest.  More and more often I’m finding that just capturing a good photo of a feeding redfish is reward enough.  I only want to fully enjoy what I do every day and make sure my grandkids have the opportunity to experience the cool places and sights I’ve seen.  I want them to see a shower of baby shrimp shooting out of the water as a herd of reds plows down a shoreline.  I want them to watch as a solitary redfish roots a crab out of the mud.  I want them to grin as a reddish egret dances like a fool through the shallows with its wings spread while chasing tiny baitfish in circles.  Most of all I want them to realize that getting out there and seeing these things for themselves instead of looking it up on the internet is possible...and pretty dang cool.