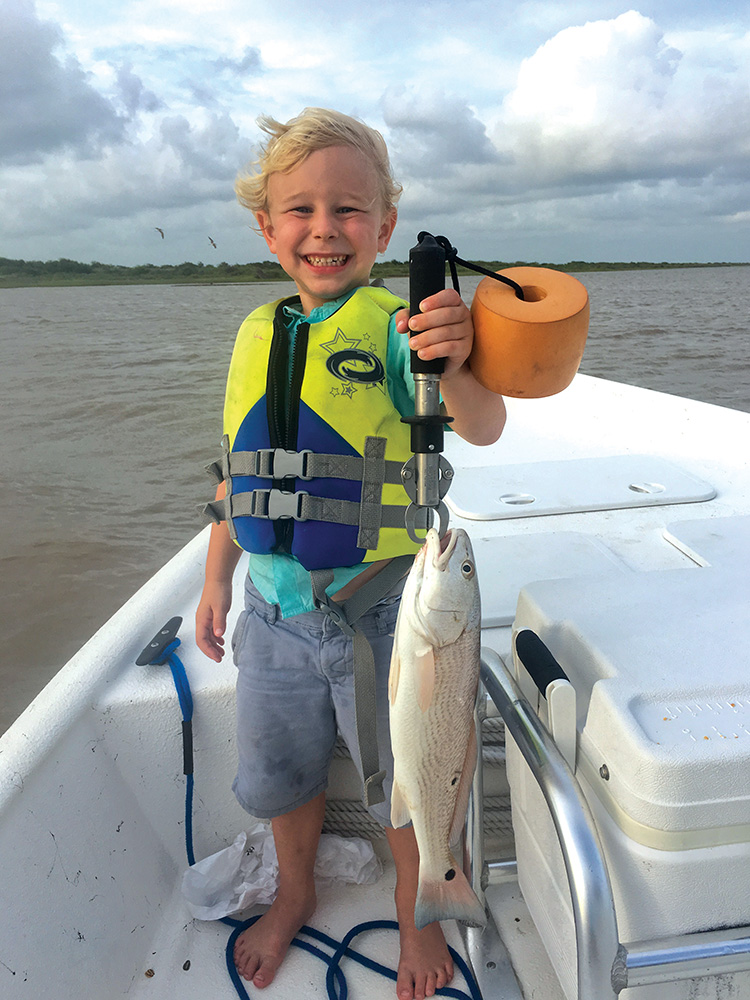 I received that quote on a card included with an order of fly tying supplies the other day.It struck a chord.Given the current level of ticked-off this country seems to be in, maybe if we all went outside and got chin deep in nature for a while we could wash all the nasty away.Well, it’s a thought anyway.

It might not work on some old grown up curmudgeon, but I bet it would work on most youngsters.Take a kid fishing is more than just a slogan, it is an important thing to do for many reasons.Most of us who have developed a lifelong addiction to hunting and fishing started out as youngsters with a parent, grandparent, other family member, or maybe just a neighbor.I was lucky and had all of the above.Some took me fishing because they enjoyed it themselves while others were simply kind enough to indulge my passion.

I believe those many hours and days spent outdoors instilled a great respect for all of nature.I know it stoked a curiosity that still burns.I’m most at peace easing through a marsh or stalking through the brush just to see what’s there.I don’t have to be hunting or fishing, just being outside is enough.

Both of my girls love to hunt, fish and spend time outdoors.Over the years some of the best conversations I’ve had with the girls have been while we were out on the water, sitting in a deer blind or just riding in the truck on the way to some great adventure.The best way to get to know what’s going on in their young heads is to take them away from all the everyday mayhem of life and relax a while.

Now I get to do it all over again with my grandkids.My daughter sent me a video the other day of my granddaughter talking non-stop about coming to visit us.She was going on and on about how she wanted to come find the deer and ride in the buggy and feed the baby chickens and go out on the boat and go catch fish and see the cows and…well…if you’ve been around a three-year-old you get it.Put a big smile on my face.

Relaxing is the key word when it comes to introducing the little ones to the outdoors, particularly fishing.Don’t put too much pressure on the catch.This isn’t about loading the boat with limits of trout and redfish.If it happens that’s cool, but for a kid starting out it’s all about the tug.Who among us does not fondly recall the tap-tap-tap transmitted up the line as some unknown fish showed interest in the dead shrimp impaled on our hook.It didn’t matter if it was a piggy perch or hardhead, it was all about that tug.In many ways it still is, or at least it should be.

The coolest part of saltwater fishing is the potential variety available when you toss out a line baited with a simple dead shrimp. Most everything out there eats shrimp.Keep it simple and fun starting out.If they enjoy those first outings there will be plenty of time to work them up to chasing trophies.But if you try to start them out at the top of the game there’s a very real possibility that they’ll get bored and not catch the bug that infected you.

I can’t put age ranges on what is best for your kids, but mine were just toddlers when they made their first trips out on the boat.I’ve heard a general rule of thumb is to expect an attention span of about thirty minutes per year of age, your mileage may vary.Keep in mind that while the things we see every day on the water can become mundane for us, poking at crabs or watching a heron stalk minnows might be just the thing to flip the switch on a lifetime in the outdoors for your kid.One of my girls’ favorite things to do was to pick up wads of sargassum weed and shake out the critters onto the deck.Their amazement at all of the life within that small handful of floating weeds was cool to watch.

You know your kid better than anyone else.Base your trip on that knowledge.Don’t make big plans for an extended stay on the water if you know they can’t handle it.Whether paddling, boating or just a bank fishing trip; several short fun excursions are worth far more than one long grueling session.As they get older and show interest you can increase the duration.All of this might sound like common sense, but I’ve seen far too many gung-ho parents push their kiddos too far and end up taking all of the fun out of it.What constitutes a good day on the water for the avid fisherman probably isn’t going to be the same for a youngster.

Pre-trip planning is just as important as the actual trip.Make sure they have the proper clothing, footwear and sunscreen.Also pack plenty of drinks and snacks.An uncomfortable, thirsty or hungry kid will end a trip quick-fast.I can easily go all day on a protein bar and a couple bottles of water, my girls couldn’t.Pack extra.

As for the fishing, keep it simple.Like I stated earlier, kids just want something tugging on their line.Find a place with some decent water movement, park it and drop a dead shrimp on the bottom.Better yet, put it under a cork.We can all relate to the thrill of watching that cork dip under the surface.Chances are good something will come along and eat their shrimp.

Keep the gear simple but do yourself a favor and don’t go cheap.The Princess Elsa rigs are cute, but from personal experience don’t fall for it.Nothing spoils the mood of the trip like a cheap balky reel that quits working after a couple fish.There are several good quality closed faced spinning reels available.Pony up and get them something that will last a while.There are also some decent quality kids rods on the market that will work just fine for most anything they’re likely to hook up with.

Once I realized my girls were hooked I took a couple good popping rods, cut them to a shorter length and installed smaller handles that fit their hands.One other tip I’ll pass along from personal experience is to have them practice casting.I made a game out of it with buckets in the yard.Having them familiar with the gear and mechanics of casting prior to the first trip made things go a lot smoother.

As for my grandkids’ trip.We had a blast.They got to ride on the new boat, laughed about jumping some barge wakes, watched a bunch of feeding dolphin and saw some whooping cranes.Oh yeah, we fished for a little while, too.It was a great day.

If you want to get the kids out for a fun day of fishing and exploring, give me a call.I’ve decided to put my money where my mouth is and throughout this summer I’ll offer discounted trips for them.We’ll get out there and have fun catching whatever wants to eat.We might stop and mess with a crab or watch some dolphins.And kids love sharks, so we might go try to catch some of those, too.You can come along, but don’t get too serious on us.