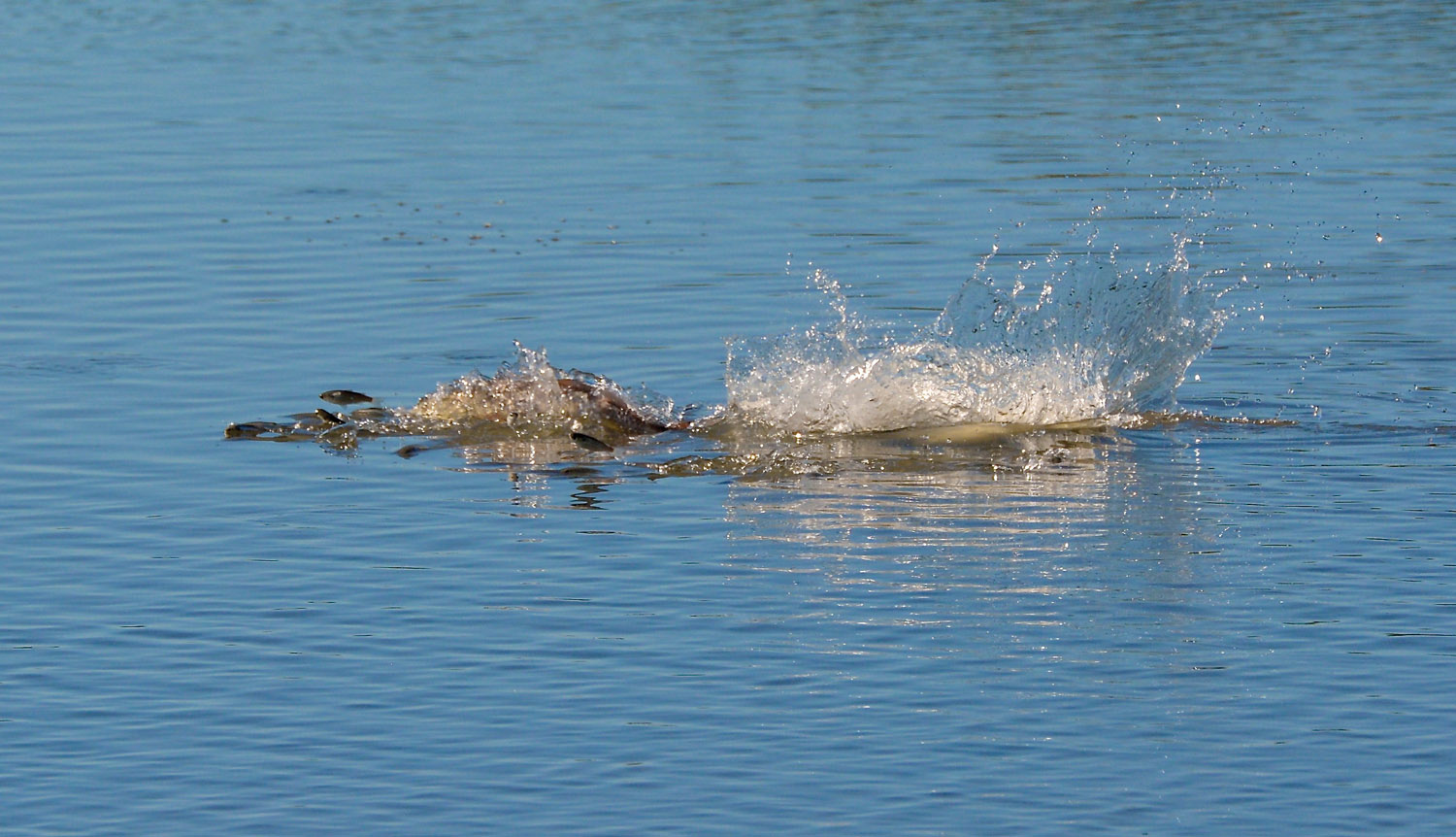 It appears that fall has finally made its way to the Texas coast. Fashionably late, but still quite welcome. Every year we suffer through summer and then get all excited with that first little puff of north wind that tends to arrive sometime around the end of September. It doesn’t really change anything other than our attitudes. The promise of October is like the finish line to the marathon…usually.

As with most of the rest of 2017, October wasn’t even close to normal. It was hot, windy and held some of the craziest high tides I can recall. The water sprawled into boat ramp parking lots at high tide as it would be with a storm in the gulf. I spent my days poling across places that would normally be dry, trying to find the widely scattered redfish. The reds just laughed as they fed way back in the flooded mangroves, completely safe from even the best cast. My favorite month of the year was pretty much a bust right up until it was about time to flip the calendar.

With the clock running out, the sweet northwest wind came howling and pulled the plug. The bays drained, the bait was pulled from the bushes, and the reds followed. As I write this it is now the first week of November and reports up and down the coast indicate that fall fishing arrived with a fury. The flats are alive with schools of feeding trout and redfish and flounder are on the move. And the Astros won the World Series. All is right in my world.

My plan is to take full advantage of the bounty while squeezing in some time in the deer blind. I might tear myself away from the flats for a trip or two to the beachfront for one last jack on the fly before they head to warmer waters. And don’t be surprised if you see some pictures of a few red snapper show up on my Facebook page. State water snapper often get forgotten this time of year, but they’re out there if you can catch a little weather window.

There’s so much to do, I think I’m going to ask Mother Nature for another month. A fall-like December would be awesome. Just enough cold front action to cool the water and keep the tides low. Clear water, low tides and calm winds make the life of a sight-casting redfish guide much easier. Given what we’ve been through the last couple months I don’t think that’s too much to ask for.

However, given the fact I rarely draw into a straight flush, I suspect December will be a typical mix of prefrontal southeast with rising water levels, strong fronts pushing the water back out, followed by a few days of calm and clear. Might even throw in a couple stalled fronts that linger with muggy overcast conditions. So what is a sight-casting guy supposed to do in December?

My best advice is to be flexible, watch the weather, and be ready to roll out when the window presents. Yeah, I know, a bunch of you just read that and rolled your eyes because all you have is Saturday and Sunday each week. I get that to an extent. My trips are generally booked a month or more in advance. That means I’m fishing no matter what the weather is. If it’s safe to go my customers want to fish and I have to deal with the hand that’s dealt. So, let’s take a look at the options.

Prefrontal conditions usually mean overcast with southeast winds and rising water levels. We all know the fish will be feeding, but in this game, it comes down to being able to see those fish for a targeted cast. I’ll get out there and hope they're tailing. Hey, it happens…occasionally.

Absent tailing fish there should be some good schools that will give themselves away with feeding activity. Wakes, shoreline crashes, swirling feeds, etc. On low visibility days, anything that looks suspicious deserves a cast. You might be casting at mullet, but it doesn’t cost anything to give it a shot. Reds love to get shallow so I’ll push into some newly flooded areas hoping to see a few with their backs out. A good day of “backing” redfish beats tails in my book.

Once the rain and/or thunderstorms push through with the front line, the wind will kick in. Fronts vary greatly in strength and direction with each one causing different scenarios on the flats and in the marsh. A northeast won't do much to drop the water levels and might even continue pushing them higher, depending on how much east is in it. These are the worst fronts for me.I’ll be looking for basically the same thing as prefrontal, but with more wind and less feeding.I’m not a fan.

A straight up north wind will at least stall the rise in water and perhaps drop it some, depending on how the timing syncs up with the tide schedule. If the wind stalls an incoming tide we’re pretty much back to just looking for the signs of fish. If the timing hits on a falling tide it has the chance of being pretty good. The falling water should pull some bait out of the flooded grass to the edges and kick off a feed that’ll give you some targets.

Now give me a strong northwest or a west-northwest and I’ll drop whatever I’m doing to get out there – whether I have a trip or not.Some of my most epic days of shallow water redfishing has occurred when most folks won’t even bother hooking up the trailer. When the water is falling hard and sucking everything from the backwaters, the reds will take full advantage. I’ll be prowling the drains looking, or even listening, for feeding schools. Drain days are awesome.

Post-front days are hit and miss. Again, it depends on the kind of front. If it was a really good drain-day feed, the following day tends to be pretty slow. They’re as fat and happy as you are after Thanksgiving. It’ll take a couple days for them to start eating again. A weaker feed on a less desirable front will tend to be more of an average day immediately following. Regardless of the type of front, clear skies and light winds can be really good for sight-casting until the southeast cranks up ahead of the next round. The lower the water, the better.

As for those nasty rain-filled stalled out fronts that linger for days, they’re best for tying flies and tending to long-neglected gear maintenance. Or perhaps sitting in the deer stand.