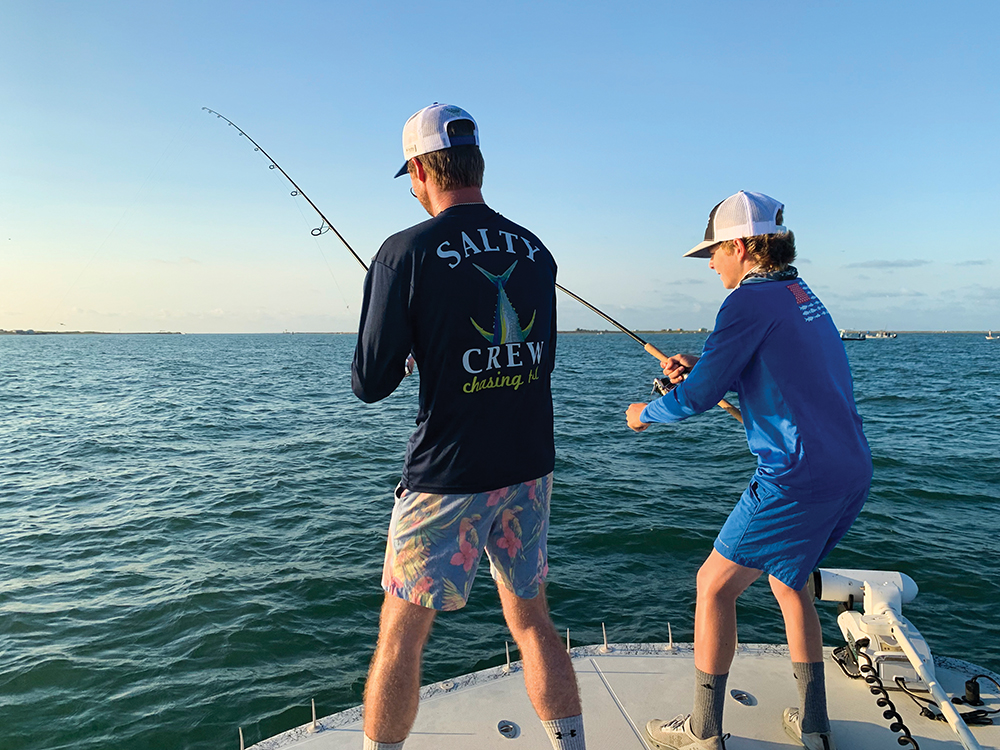 I guess it’s just part of getting older, but it doesn’t mean I have to like it. The rate of losing friends and family accelerates with age and there isn’t anything we can do to stop that. The fishing community has been hit pretty hard over the last year, most recently with the passing of Mike LaRue and Dave Holder. Both were guys I enjoyed being around and talking to. Both were guys where somewhere in the conversation would come, “We need to fish together sometime.”  But we never did.

I think we all have those conversations and we all really do mean it, but life gets in the way and we never get around to it. Surely we’ll have more time to get it done next year, or the year after, or…

Then there are those buddies who you did fish with a good bit. You two spent many hours together on the water or in deer camp. You shared adventures as well as misadventures.  Triumphs of watching each other take that trophy buck or finally land that big trout. Heartbreak when the fish of a lifetime broke off at the net. And now all you have left of them are those fleeting memories.

Guess I’m getting a little more sentimental with age. The past few weeks I catch myself thinking about those friends and family who helped shape my life in the outdoors. While poling around the flats a few days ago all I could think about was how much Steve Hall would’ve enjoyed what I do now. The dude loved to fish and hunt as much as anyone I’ve ever met. He left before I could get him on the bow to experience sightcasting from a poling skiff.

It also got me to thinking about all of the friends and family who are still around. Some I haven’t fished or hunted with in a long time, others I have never been with even though we always say, “we need to fish sometime.” I’m sure you’ve got the same kind of list. Make the phone call, make the time, make sure you won’t be sitting there wishing you’d have done it before it was too late.

And to go along with all of that, take more pictures. It wasn’t as common to have a camera on the boat or at the hunting blind before cell phones. Now we all have quality cameras with us all the time. Use them. I’m not talking about the deer camp shot of the hanging deer or the stringer shot on the dock. Take those too, but I’m more interested in taking photos in the moment. The excitement and joy of the event can be captured and you’ll never regret missing that moment.  Catching that first fish on the fly, walking up on the buck you had to track for hours, putting your hands on the biggest speckled trout you’ve ever touched.

Those photos are must haves, but also get shots of your buddies all together. Posed shots are fine, but candid everyday stuff tells more of the story. Years later they will remind you of the time and place. I can look back on old photos of trips and immediately be taken back there to enjoy it all over again. And when one of those photos has someone in it who is gone from my life I can smile and think about the fun we had instead of dwelling on the fact they’re no longer here.  Memories can fade, but the photos won’t.

I’ve always taken photos of my customers with their catch as soon as they land it. I want them to remember that moment and be able to relive it. Here recently with my melancholy reminiscing came the thought that I want their buddy, husband, wife, kid or parent in the photo with them. At least one shot, more is better, but at least get that one picture of the catch along with whoever you’re with. You shared the moment, share the memory too. I’m trying hard to remember to do this. Many folks don’t want to stop fishing long enough to take that shot. I’ve been suggesting that the “catch photo” have their fishing partner in it as well. Take it from this guy who is getting older and looking at the rearview quite often, it is important.

I truly wish I had a photo of myself fishing with my Grandpa. He didn’t really enjoy fishing, but he enjoyed taking me and watching me catch fish. We never had a camera and I don’t have a single photo from any of those times. My cousins and I fished and hunted together all the time as kids, no photos. Fifty plus years in the outdoors and up until about fifteen years ago there are very few photo memories in my possession. I regret that.