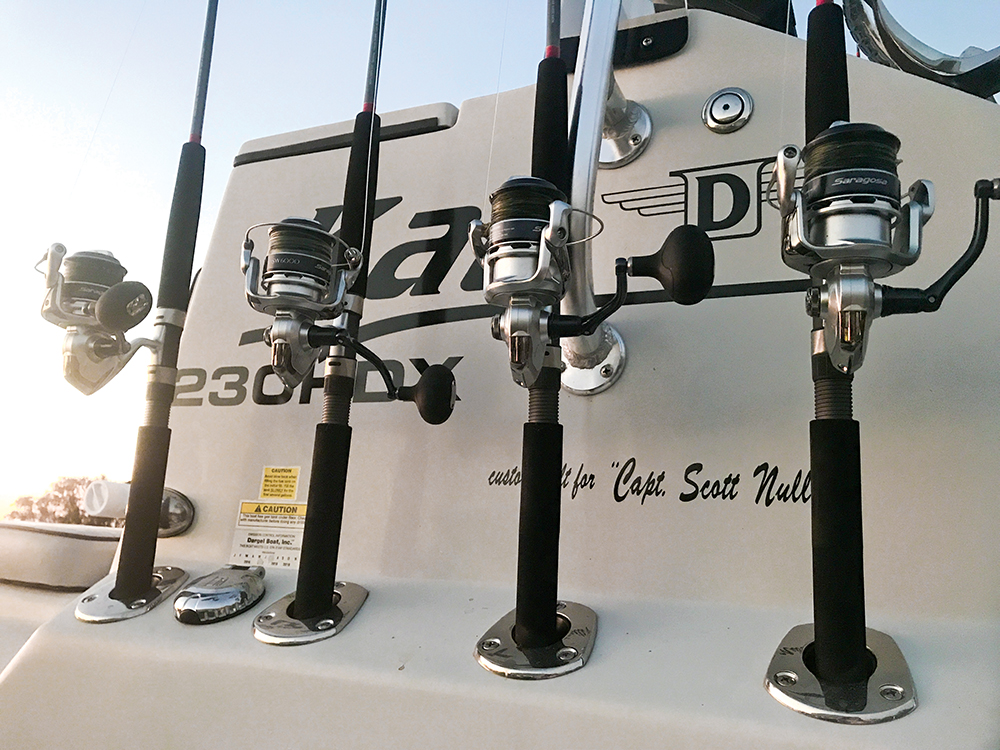 So you want to catch a Texas tarpon? I get a lot of messages and phone calls from people interested in checking tarpon off their bucket list. Most conversations end with something like, “Well, let me know when you get on them and I’ll break free to head down there.”

I wish it were that easy.

Tarpon fishing is never easy no matter where you go, but it is particularly challenging along the Texas coast for a number of reasons. I don’t want to discourage anyone from giving it a shot, but I also wouldn’t want to paint a rosy picture full of high expectations. With this issue of the magazine hitting the racks at the height of our tarpon season I figured I’d go over the hurdles that need jumping in order for you to grab the lip of a silver king.

First off, the season is relatively short. Here along the middle coast they’ll usually show up around late May or early June and leave around the end of September. If the cold fronts are slow in arriving you can still find some fish into October. The upper coast has a slightly smaller window and the lower coast has a much larger time frame. The majority of our Texas tarpon migrate here from Mexico with the occasional Florida fish mixed in.

Given the short season of these migratory fish, weather is the next big obstacle. The fish are here during the above mentioned times, but quite often we just can’t get after them. Weather patterns vary a good bit year to year. So far, this year has been a bit of a bust for June and July.  There have only been a handful of stretches with favorable conditions. What I’m looking for is calm winds of 12 mph or less and seas 2’ or less, at around 6 seconds apart or more. If your boat can handle it you can certainly fish rougher conditions and have success, but locating the schools becomes challenging. Slick-calm conditions with bright sun allow you to spot rolling schools at great distances and definitely tilt the odds in your favor.

So you’ve got a late summer slick-calm day, now what? Go find some fish. There are days when I turn the corner at the jetties and they’re everywhere, then there are also days when I burn 3/4 of a tank of gas searching the entire beachfront. It’s a big game of hide and seek. I’ve found them cruising the third bar on the beach one day and five miles out in 40’ of water the next. Most often we spot them rolling on the surface, but they don't always do that. On those other days we’ll sometimes spot bait balls, mud streaks, or even pick them up on my Hummingbird Solix 12 side-scan.

At every port up and down the coast there are certain general areas known to consistently hold tarpon. Most days, given good conditions, the local tarpon guys can find some fish to chase within those areas. But there are times when they seem to completely disappear. Tarpon are always on the move and just locating them sometimes feels like a victory.

Congratulations! You found some rolling tarpon, now what? First off, don’t spook them with the big motor. I don’t like to get any closer than 75 yards or so if I can help it. Shut down and get on the trolling motor to get in position for the cast. Not all “rolling” tarpon are the same. The ones you want to find are up top as much as they're sounding. Those fish won’t be moving very fast and are fairly easy to set up on. They’re also the most likely ones to take a fly or lure. If your rolling school is outrunning your trolling motor then they’re on the move and will prove quite difficult to catch. You can try circling way out in front of them on the big motor and then use the trolling motor to get lined up with their path. I’ve had success with that method on occasion, but it is definitely a low percentage play.

What to throw? For conventional tackle I use a variety of lures. A lot depends on what the fish are doing. If they’re up top I’ll throw large slow sinking MirrOlure plugs. If they appear to be diving or we’re spotting them on the electronics I’ll throw a faster sinking MirrOlure plug, a large DOA Bait Buster, or a Coon Pop rig. If we’re fly fishing I’ll generally use a 3- to 4-inch baitfish fly.

Sight casting to lazy rolling tarpon that often weigh in excess of 100 lbs will get your heart pumping. You need to take a breath then read the speed and attitude of the fish to know how far to lead them and what retrieve to use. It seems to be different every day and sometimes from one school to the next. I’m not going to kid you, it is hard to get a tarpon to eat a fly or lure.

If you have gotten this far, you have done very well. You’ve caught a nice day, found fish, got in front of them and made a good cast with something they found acceptable to eat. Most folks rarely make it to this point. But you are still a long ways from getting that photo you want so badly.

The inside of a tarpon’s mouth is extremely hard. Getting from the eat to hooked up is a crap shoot. You can have the sharpest hook and best technique yet still pull it right out of their lips.  The best advice I can give is to sweep the rod low and away from the direction the fish was traveling. If using a fly rod, a hard strip set along with using the lower section of the rod low and to the side will get the job done.

Once the hook is set the fight usually begins with a series of the craziest headshaking, twisting, flipping jumps you’ll ever experience. This is where most of them get off and the reason you’ll hear tarpon guys bragging about “jumping” X number of fish. It is certainly an accomplishment to get to this point. And, honestly, those first few minutes are the best part of the whole experience.

Once things settle down you’re in for a battle depending on the size and attitude of your fish.  Size certainly matters, but I’ve had some fairly large fish give in relatively easily while some smaller fish have given us hell. My best advice is to keep as much pressure on the fish as you can. Keep the rod angle low and pull opposite the direction they are heading. They switch, you switch. The most important thing to remember is that if you are resting, so are they. Towards the end of the fight they’ll often try to surface and gulp air. Tarpon can breathe air. And when they do it is like a turbocharger. I tell people it’s a thirty minute penalty if they let him get a gulp. To combat this you can try pushing the rod tip into the water and pulling them downward. It isn’t 100%, but it helps.

Should you make it to the point of actually getting a grip on that big ol lip, please be kind to these majestic fish. It is best to leave them in the water alongside the boat as you take photos and remove the hook. Please don’t drag them up onto the deck. They may swim off fine, but studies have shown that this greatly reduces their survival. Tarpon give everything they have in their fight to get free and they’re exhausted. It is only fair to take some time to properly revive them.

There’s a lot more to tarpon fishing than I have room for here, just know that it is an addiction.  Even though they’re only here for a few months I think about them year ‘round and can't wait for their arrival. A few weeks from now I’ll be saddened as the schools thin out and head back south for the winter. Until then you can bet I’ll be out there chasing them every chance.