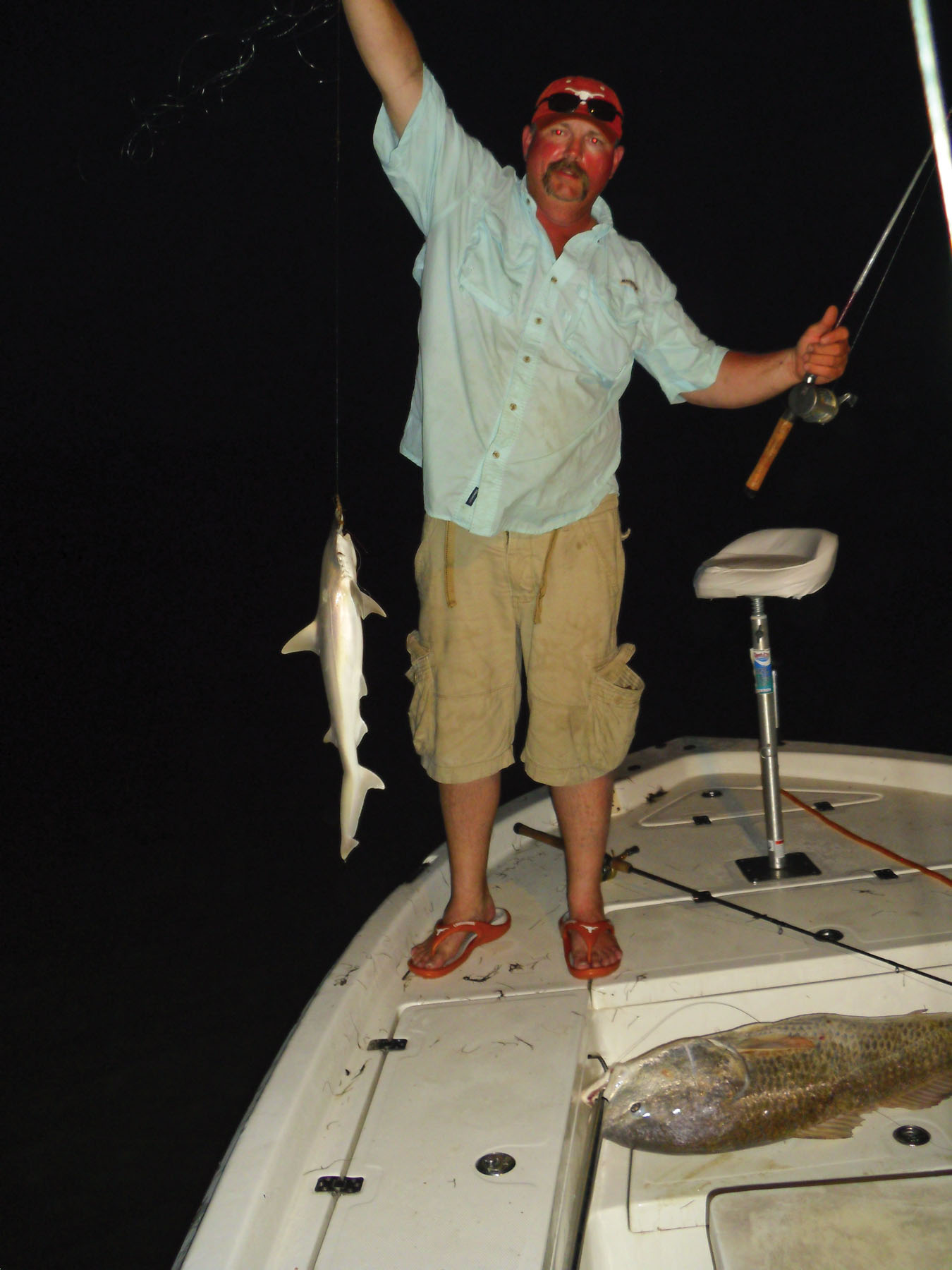 I was fishing with David Bishop and just as we were talking about calling it a day and heading in; David got a bite and set the hook on this beautiful 40-inch, 35-lb bull red.

As David was reeling it in, I noticed what appeared to be another line tangled with his. I knew I had reeled in our other lines but doubled checked anyway just to be sure and didn't think anymore of it.

I saw the other line tangled with David's a couple of times during the fight with the big red and each time I checked the other rods, everything was in and rolled up neatly. After I lip gaffed David's red at the side of the boat (too big for our net), hauled it aboard and handed it over to him, I STILL noticed another fishing line and grabbed it.

David cut the mystery line where it was tangled with his and handed me one end while he took the other. We soon figured out there was something on each end but we were so busy admiring his big redfish that whatever was on there was not important.

At the exact same time, David hauled in a small shark and I hauled in an almost new rod and reel. So, in one catch, David ended up with a beautiful bull red, a shark, and a rod and reel. He'll have to work hard to top this one but we'll definitely have fun trying.

And for any who might be interested; the red and the shark were released but we kept the rod and reel.