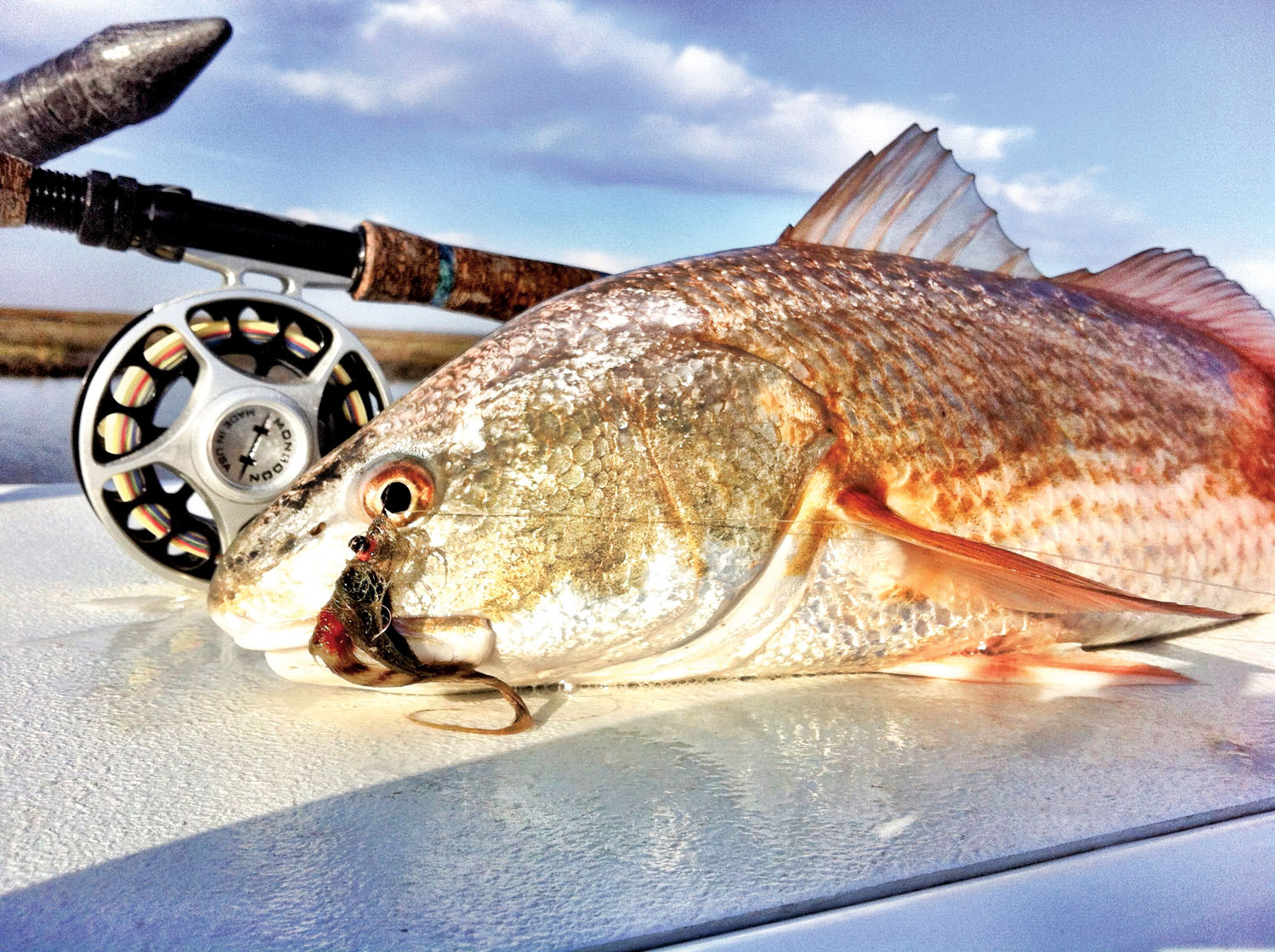 Throughout the year there are many times I wish for a few more hours in the day or perhaps even an extra day during the week. At times it just seems like there isn't enough time to get everything done. And then along comes the most trying month of the year. Who do we need to talk to about getting an extra October? I'll gladly give up February or August to expand the finest month on the calendar along the Texas coast.

First there's the weather. No more sweat-soaked shirts the first hour into poling and smelling like a gym locker by the end of the day. After enduring day after day of heat, humidity and seemingly incessant southwest winds; October will give us the first crisp cool mornings. At some point I'll have to dig into the back of the closet to find the Simms jacket for the predawn run into the marsh before the sun warms things up just right. Sure we'll have a few windy days pre and post front, but they'll be short-lived and more often than not the daily breeze will be light and pleasant.

My main game of chasing shallow water reds is good, and at times great, throughout the year. Our reds on the Texas coast don't really seem to care how hot or cold it gets. I've cast to them in less than a foot of water when it was close to freezing as well as when the temps were pushing triple digits. But the first hints of autumn will send them into some of the best feeding frenzies of the year.

As September comes to a close the reds have started bunching up to terrorize the maturing shrimp along the edges of the marsh cord grass. These little wolf packs move quickly down the marsh shorelines constantly pushing into the grass to dislodge the shrimp. This activity will usually continue into the first week or so of October. Once the first decent fronts start to reach the coast the shrimp will pull off the shorelines getting ready to migrate out of the marsh. The redfish will follow suit and start to gather in larger and larger schools while roaming around in the open lakes looking to root the shrimp out of the mud. Depending on the strength of the fronts, this will often last well into November and it isn't unusual for it to go on into December if the fronts are mild enough.

Speaking of the frontal activity, some of my favorite days are when everyone else stays home. A really strong front can blow a couple of feet of water out of the bay. When these drain days occur you can bet I'll be out there. Knowing which lakes they've been schooling in will tell me where to set up to intercept them as they fall out with the dropping tide. Following these early fronts the schools will head right back into the lakes to continue feasting. This in and out game will play out several times before the first really serious cold front chases the shrimp out of the marsh for good.

As cool as it is to be chasing these shallow schools containing hundreds of reds, my mind will still be wandering off to all of the other things going on. Just outside the marsh the trout will be going crazy as they pick off the migrating schools of shrimp. Chasing the birds can lead to fast limits. It's also a great time for us fly guys to go wear out the trout. A suspending shrimp pattern that lands anywhere near the melee will get thumped hard. If schoolies aren't your thing, the cooler water will pull some bigger trout up into the shallows. The sight of a big sow in a few inches of water is something that'll burn itself into your memory. Everybody always talks about hunting big trout during late winter and early spring, but don't discount this time of year. They may not be carrying as much weight, but a thirty inch trout is still a thirty inch trout.

Along the beachfront hordes of predators will be harassing the various species of migrating baitfish all up and down the coast. Kings, bull reds, tarpon, Spanish mackerel, jacks and sharks are all in the mix. This activity could be happening just off the sand or maybe a mile or two out. Along the upper coast it tends to be best a little further than the middle and lower coast. Quite often the feeding frenzies along South Padre Island push right into the first gut. Sight casting to large rampaging predators while standing on dry sand is hard to beat. Every year I get photos from my buddies taunting me with this incredible fishery.

Then there's the start of the flounder run. It appears the new tighter regulations imposed in 2009 have made a huge difference. I now see more flounder on a daily basis while poling the marsh than I can ever recall. Many folks tend to jump the gun on the flounder run. The first fish caught at the traditional "run" areas tend to be the males which are smaller. The bigger females are usually hanging back in the marsh feasting around the marsh drains until sometime in November. Get set up on the right drain with a good falling tide and you'll get to see big flounder free jumping through wads of bait.

And if all that fishing weren't enough of a distraction, there are all sorts of critters to hunt. Bow season is kicking off and the rut gets going along the middle and upper coast a lot earlier than many people realize. My place near Seadrift will see plenty of scraping, sparring and chasing throughout October with the peak usually occurring around the end of the month. The first fronts will also push fresh flocks of doves into the area that often go overlooked after the season opener in September. Quail and dove season overlap for a couple weeks at the end of the month into November offering up the chance to double your fun. And if you're itching to blow a duck call, the youth-only duck hunt is set for the 29th and 30th. It's a great time to introduce them to the sport while your attention is focused solely on them having some fun. Grab a kiddo and get in a practice run for you and your dog to work the kinks out before the opener the following weekend.

The reality of this month for me is that I'll be thinking about all of that from my office atop the poling platform. October and November are two of my busiest months. I'm certainly not complaining. Putting clients on school after school of reds is always a blast. As of this writing there are still some openings on the calendar if you'd like to go see some of the best redfish action of the year, but I can't guarantee my mind won't occasionally wander off to the sands of South Padre Island or to that awesome little brush blind near my pond where a nice buck always lays down a scrape.

Yeah I know football season has started too, but the DVR will hold the game while you get outside and experience the best month on the calendar.