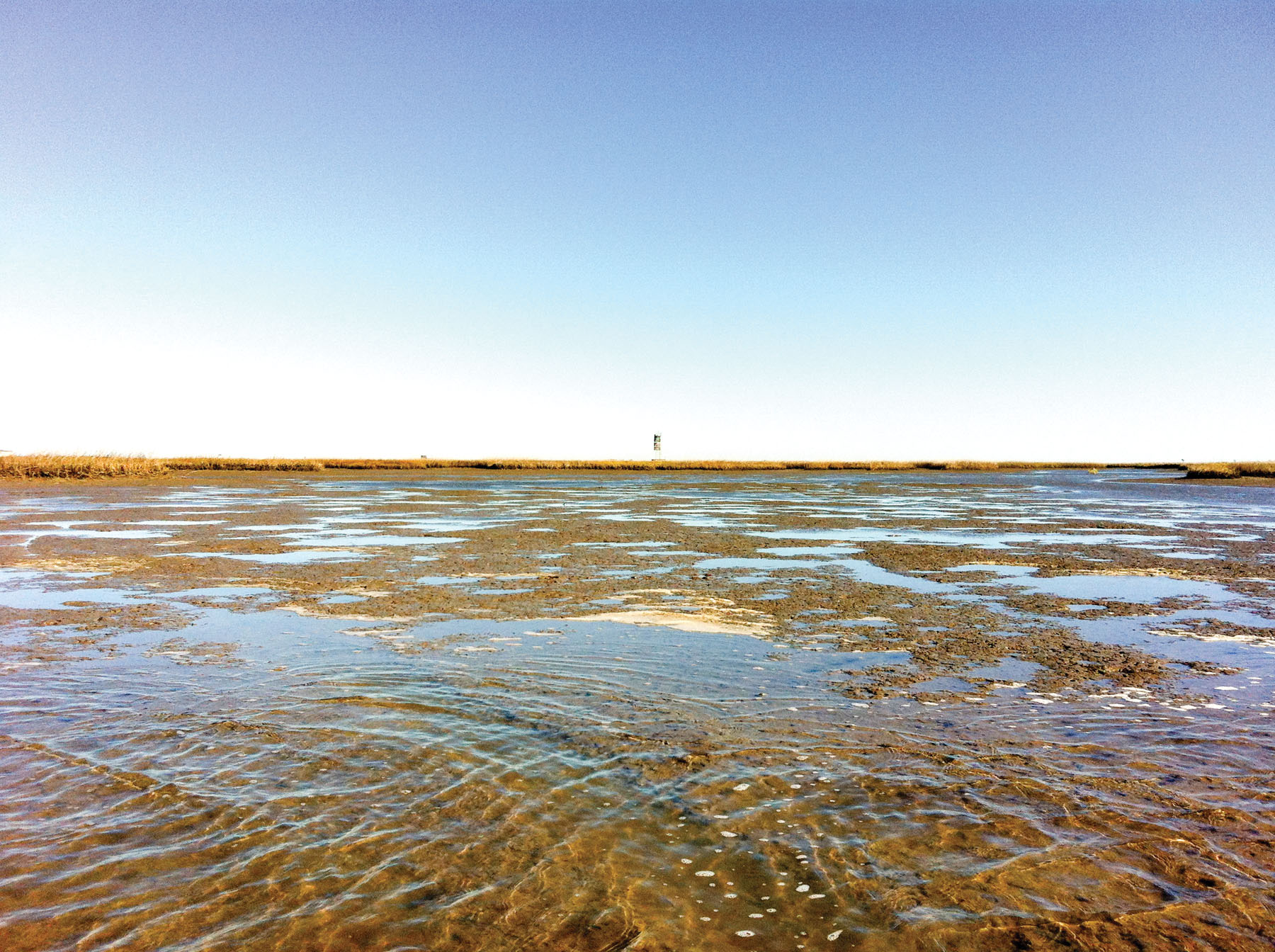 It took a while to get here, but peering out the office window it appears true Texas winter has finally arrived. Dreary mist coupled with a steady cold north wind is not exactly what sightcasting enthusiasts look forward to. Ive had to reschedule more trips in the past few weeks than I did throughout the entire spring, summer and fall.

It isn't a matter of the fish refusing to eat. As I said in a previous article, Fish gotta eat. Rather it is a product of my typical customer who are more interested in seeing their targeted fish than spending the day blindcasting. For the guys throwing conventional gear a day of endless casting isn't too much of a problem, but my fly guys tend to balk at the workout.

Typical of winter, the cooler water temperatures have significantly cleared the water making it much easier to spot cruising reds in the marsh. However, even in the clearest of water you still need some sunshine and light wind to get dialed in. The good news is that the brief periods between the passing fronts often set up perfectly. If you can ditch work when it gets right there is some awesome fishing to be had. And as an added bonus, you'll often have the whole bay to yourself.

So what does a sightcasting addict do during the stretches of poor conditions, besides stay home and catch up on those chores that got ignored during the non-stop fall fishing? For me it depends on which set of poor conditions are at hand. In the pre-frontal periods with the typical southeast winds, overcast and higher tides, Ill just suck it up and go trout fishing with everybody else. Hey, I like sticking a big ol momma trout as much as the next guy even if it does involve mind-numbing hours of blindcasting. This year I plan on pulling out the fly rod more often than in the past. Tossing a big Deceiver into the right water is just as effective as slinging a Corky and at least I can get in some good practice with the buggy whip.

Once the front passes and the north winds are howling, the water levels will drop to their lowest points of the year. These are the days I love to get out there and go exploring. Low water scouting is one of my favorite winter activities. Over the years Ive learned more vital information about the bays and marshes during January and February than the other ten months combined. Take away a couple feet of water and a whole new world is exposed. Add in the extra water clarity of winter and you suddenly start having some serious aha moments.

If you're new to venturing out in extreme low water conditions you'll want to be sure to launch at a ramp that allows you to get where you want to go. There are a few ramps I use under normal conditions that are difficult, if not impossible to use when the water goes low. A couple others are located in places where the routes get sketchy. In addition to the good aha moments, you'll likely have a few oh crap moments when you run across something in one of your favored running lanes that you never knew was there. I had one of those a couple weeks ago when I came across a large hulk of heavy metal in an otherwise wide open mud flat that I run across all the time. Mental note made.

The fun starts once you get through the gauntlet and arrive in your favored fishing area. Reefs, drains, flats, humps, depressions; they're all important pieces to the fishing puzzle for a variety of reasons.

We all know oyster reefs hold fish. You've probably got several that produce on a regular basis and in all likelihood there are certain places on these reefs that seem to hold more fish than others. With the reef exposed you can take a closer look at the shape of the structure. Look for cuts through the reef, odd points that jut out and humps that rise up. Look at the edges. Do they drop off abruptly or slowly taper? Also make note of which way the tides flow over and around it. The next time you start catching fish on a particular spot on that reef youll know why and possibly come up with a pattern that you can repeat on other reefs nearby.

Shoreline flats and open lakes of the marshes will often go completely dry on these winter lows revealing their topography. Stop on the outer edges of the flats or at the mouth of a bayou leading into a marsh lake and take note of the various humps, depressions and drains. Ill often take photos to aid my aging memory. Google Earth is an awesome tool that aids us in checking out new areas, but it fails to show the subtle depth changes that can be important. When you're poling a boat that floats in six inches but not four, this knowledge can save a lot of frustration and work.

It can also lead you to those disappearing fish. How many times have you stalked up to a school of tailing reds only to have them vanish before you got in range? Chances are they've sensed your approach and are using a slightly deeper area to ease out. They're usually not too spooked to catch at that point so knowing the layout of the area can give you an idea of where to look for them.

Poking around the marsh in the skiff is great for checking out the lakes and drains adjacent to the deeper bayous, but there are many areas further into the marsh that aren't accessible due to the low water. If you really want to learn those places its going to require some effort.

My favorite way to go about it is hauling the kayak on the skiff. Not only will the kayak float skinnier than the skiff, its a whole lot easier to deal with when, not if, it gets stuck. When I'm feeling really energetic Ill drag it across some areas if I know there's water deep enough to paddle on the other side. Last winter I packed a lunch and spent the better part of a day learning new things about a place Ive fished for years. That knowledge came in pretty handy this past year when the winds blew and muddied things up.

The other option is to simply slip into your waders and go mud-slogging. It's not for everybody, but if you're in decent shape it can be an interesting way to check out some of those places others seldom venture. And it sure beats the heck out of sitting here watching it rain.