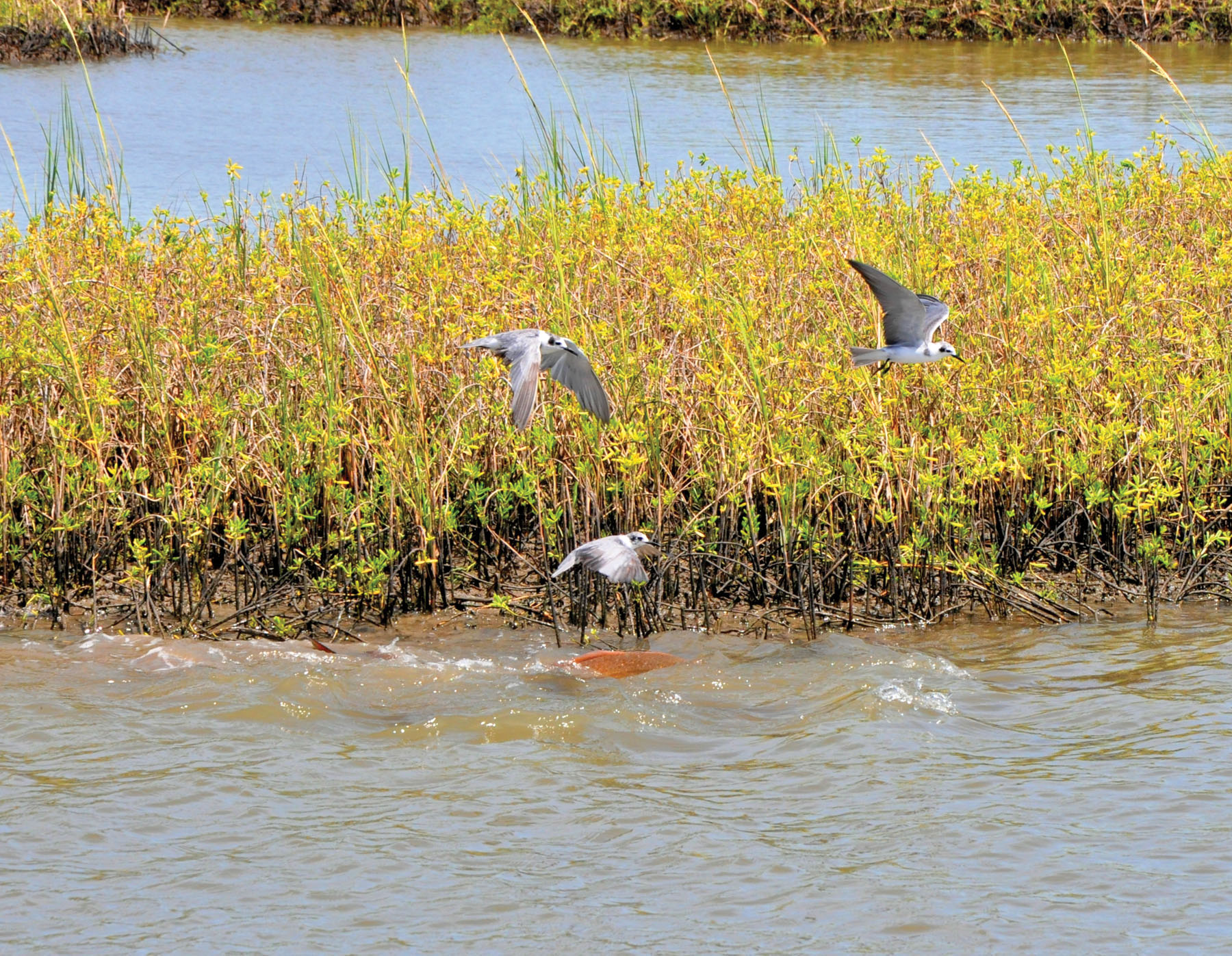 Simple statement, yet something we anglers sometimes forget. When the conditions arent what were hoping for or we just cant put the puzzle pieces together, it is sometimes easy to start buying into the rules about why they shouldnt be feeding.

As I read through the various posts on the internet fishing boards I find myself getting somewhat irritated with the advice being handed out. Many of the questions being asked come from folks who are obviously new to the sport and theyre just trying to figure it all out. I really hate to see these newbies get handed hard and fast "rules" about why and when they shouldn't bother hitting the water. Most often the questions revolve around tides, moon phases, wind direction/strength and water clarity. While all these things will surely affect fishing, none of them are deal breakers in my book.

You have to be careful creating rules for fishing. All of my life I've heard these "rules" regarding too high atmospheric pressure, wrong wind direction, too hot/cold water temperature, full moon is bad, etc. For a good portion of my life I believed a lot of that stuff and it kept me off the water on a lot of days when conditions weren't ideal. If I did buck the rules and go anyway I often had a negative attitude going into it and probably didn't give it my best effort.

As I got older, my opportunities to go fishing became fewer and farther apart. Between working 60+ hrs a week, household maintenance, swim meets, dance recitals, birthday parties and all those other things you get with a young family my free days were limited. I could choose to wait for one of those free days to line up with good conditions or I could just take a swing at it - damn the conditions. I decided I would go no matter the wind, pressure, moon phase or anything else. I might not have always hit the jackpot but, I almost always caught at least a few fish and every once in a while I'd find an insane feeding period happening when every rule in the book said it shouldn't.

Nowadays I'm out there nearly every day. As long as it's safe, I'm going. What I've found is that fish, particularly reds, don't live by our rules. I recently experienced three days that drive this point home.

I had a day off from guiding, but decided to go check out an area I hadnt visited for a while. According to the rules everything was stacked against me. It was a few days following the full moon, tide movement was minimal, winds were WSW at 10-15 mph and gusting to 22, water clarity wasnt good, atmospheric pressure was high and the water temperatures were too high for fish to get shallow. If I were inclined to listen to the internet experts Id have stayed home and mowed the yard.

Instead, I ended up having one of the best days Ive had in the marsh all year. School after school of feeding redfish came down the shorelines crushing shrimp in mere inches of water. Early-on I tossed flies into the melee and had a ball catching feisty slot reds. I was thinking that this feeding frenzy would surely be short-lived so I was taking full advantage, but the opposite occurred. As the day wore on the activity grew more intense. I eventually put down the rod and picked up the camera to capture several of the images that accompany this article. I left them still feeding well into the afternoon having caught a couple dozen and had well over three hundred photos in the bank.

The next occurred as our neighbors to the east got a dose of tropical weather. We were on the west side of Isaac, winds were forecast to be blasting from the northwest and the tides were headed way lower than normal after having been far above normal for several days. I gave my customers the option to reschedule and they asked what my thoughts were. Given the radical change in conditions I knew it was either going to be really good or really bad, I doubted it would be an average day. I gave them the honest answer that I didn't really know what to expect we could hero or zero. I had already made my mind up to go whether they joined me or not. I wanted to see how the fish would react. The guys had taken off work and wanted to give it a shot. The reds responded to the quickly dropping tides by heading for the exits along with every shrimp, crab and baitfish in the marsh. The result was a feeding frenzy you dont often get to experience.

And then there are days when the rules would say youre sure to be in the moneybut you arent. As I arrived in the marsh, the sweet southeast breeze was lightly blowing and the water clarity was better than normal. We were under a new moon, the tide was moving and the barometer was falling. Confidence was high that this was going to be a great morning, it just felt right. The reds apparently hadnt received the memo. I found them, just couldnt get them to eat. I came upon fish after fish just sitting on the bottom sulking. Go figure.

My thoughts on all of this? Go when you can, keep a good positive attitude and try a variety of locations as well as a variety of lure types. When your original plan isnt working dont get stuck in a rut. Go try something you wouldnt normally do. If you do happen to strike out on the fish, salvage the day by going exploring. Work your way into areas you have never been. Check the bottom with your paddle or push pole and see if you can locate holes, guts, soft/hard spots, shell reefs or areas of scattered shell. I spend many days out there just exploring even when the fish are feeding. If I don't have customers I'll often leave feeding fish to go see if I can find more fish doing the same in a different kind of area. Log these things in your brain for use at later times. When you hear a fishing report that says they're catching fish over scattered shell on soft mud you'll have a place to try. Simply put, make the most of your day on the water no matter whether you're catching fish or not.