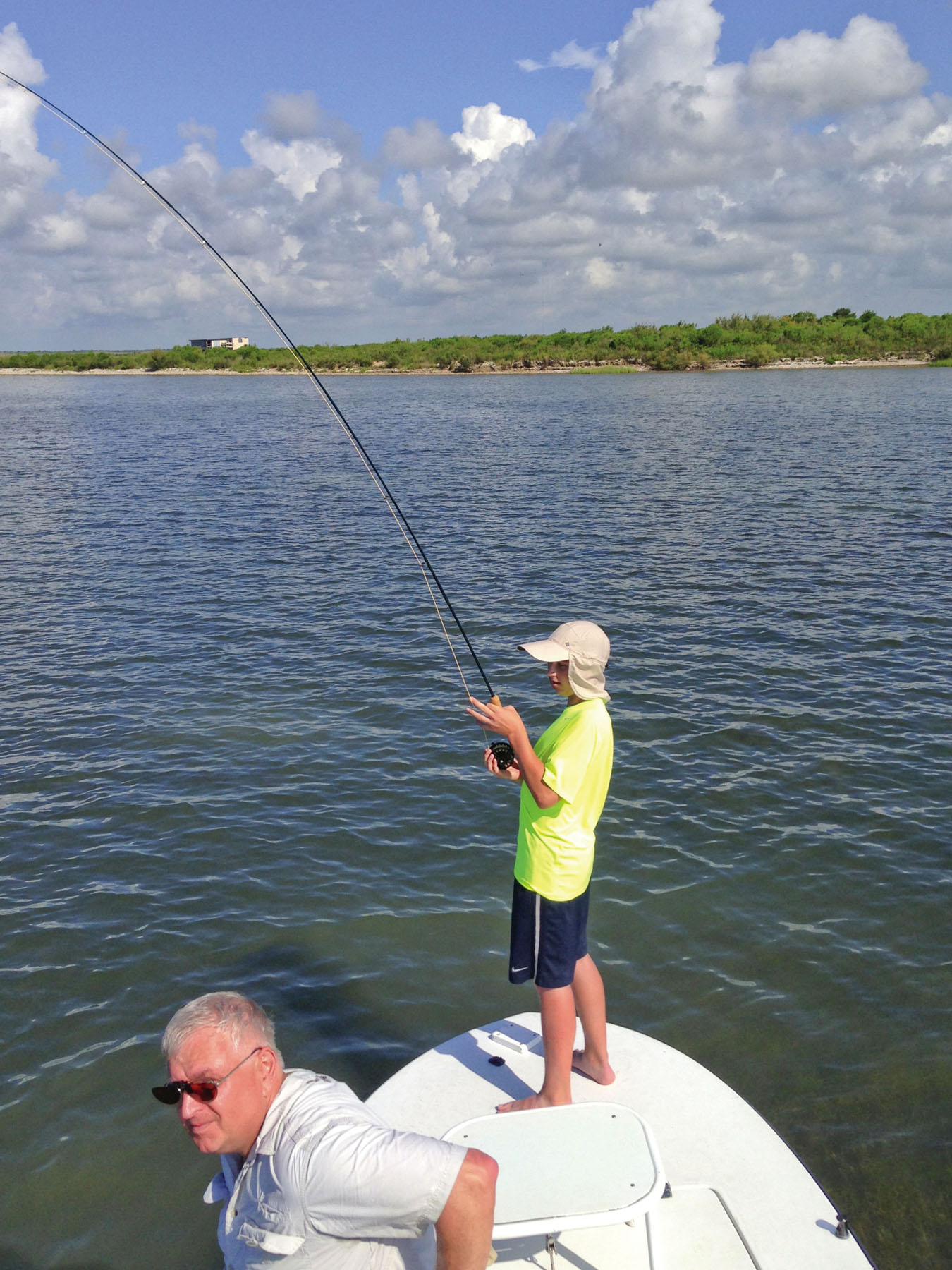 Charlie Dunn working the long rod.
"It's all about the patterns, not the "spots."

That's my response when folks start trying to pry my favorite fishing locations out of me. I don't have fixed honey holes, per se. What I do have are areas of different types of habitat. That may be soft mud, hard mud, sand, grass, shell or a combination of those things. I also have a mental file of those types of habitats adjacent to deeper water, shallow flats or perhaps hidden way back in some marsh.

I often see some rather heated exchanges on message boards and social media regarding fishing reports. Generally the poster has a nice photo of some fish and a vague description of the circumstances and conditions leading to the catch. Then someone asks where, as in they want the GPS coordinates, and it quickly spirals downward. It's really a shame because it doesn't need to be like that.

My humble suggestion is that both sides could do a better job. First off, the person posting the photos could easily provide a lot of information that could help others be successful without compromising their hard earned "spot". A few simple tidbits about the lure used, the retrieve and the type of habitat. Perhaps "slowly working a pink Corky over soft mud and mixed shell." If the poster were feeling really generous they could throw in the weather conditions and a general location, "I was on the south shoreline of West Galveston Bay with a strong southeast wind and an incoming tide." That isn't giving too much away. It's a fairly large bay and I can picture a couple dozen places that might fit the bill.

This is where the other side of the argument needs to work on their game. Take what is given and know that most anglers are going to be somewhat guarded about giving out an exact location. You can't really blame them. They put in their time on the water and are having some success. Chances are they plan on hitting that location again and would rather not arrive to find a dozen of their Facebook "friends" shuffling through the bite.

Those looking for their next good bite via the internet should be thinking more about gleaning the clues for the productive patterns instead of a map with a big X on it. I understand that many of those seeking the honey holes are fairly new to the saltwater fishing game. As such they may not have a clue where to look for that "soft mud with scattered shell". I also get that the bays are big places with lots of water that mostly looks about the same.

I run into this at speaking engagements all the time. I go through the seasonal patterns that I fish and the types of areas I search under different conditions. After the talk a newbie will approach and want to know how or where to find these places. My advice is always the same. Put in some time on the water. That's how most of the really good fishermen get to be really good.

To some folks that may sound a little harsh, but I think it's the best advice I can give. Of course that isn't all I tell them. My suggestion is to pick an area and stick with it. Mentally block out all the other chatter about how good the fishing is on the other side of the bay system. Try to fish there under all sorts of conditions. Hit it on a falling tide, a rising tide, different winds and different seasons. Know what the various tides and winds do to the currents and how the water flows through the area. You also need to learn the bottom structure. This can be done by wading, constantly poking a kayak paddle into the bottom, or my personal favorite; poling. Try to touch every bit of bottom. Some of my favorite places have some really small oyster piles that would be easy to miss. Start small and once you get that figured out expand the area and do it again.

Keeping a journal of conditions and a map with notes is a good idea. Write down your catches as well as your skunks. Sometimes the days I strike out teach me more than the days of easy catching. And speaking of those slow days, don't get discouraged and quit. Sometimes the fish simply won't cooperate. Instead of packing it in, go exploring.

Now that you're armed with a solid working knowledge of one or two general areas those fishing reports become very valuable. You see that people are catching reds in shallow water adjacent to oyster reefs on a falling tide. You've got a spot for that. Give it a shot. I've often found that fish in one part of a bay system are doing the same thing in other areas. Now it's the pattern that you're looking for and not someone's secret spot.

But the best part of having this vault of information is the satisfaction of putting together your own pattern and having it work. Not only did you find the fish, you caught them and you know why. Congratulations. That feeling of satisfaction means you're on your way to becoming one of those really good fishermen.