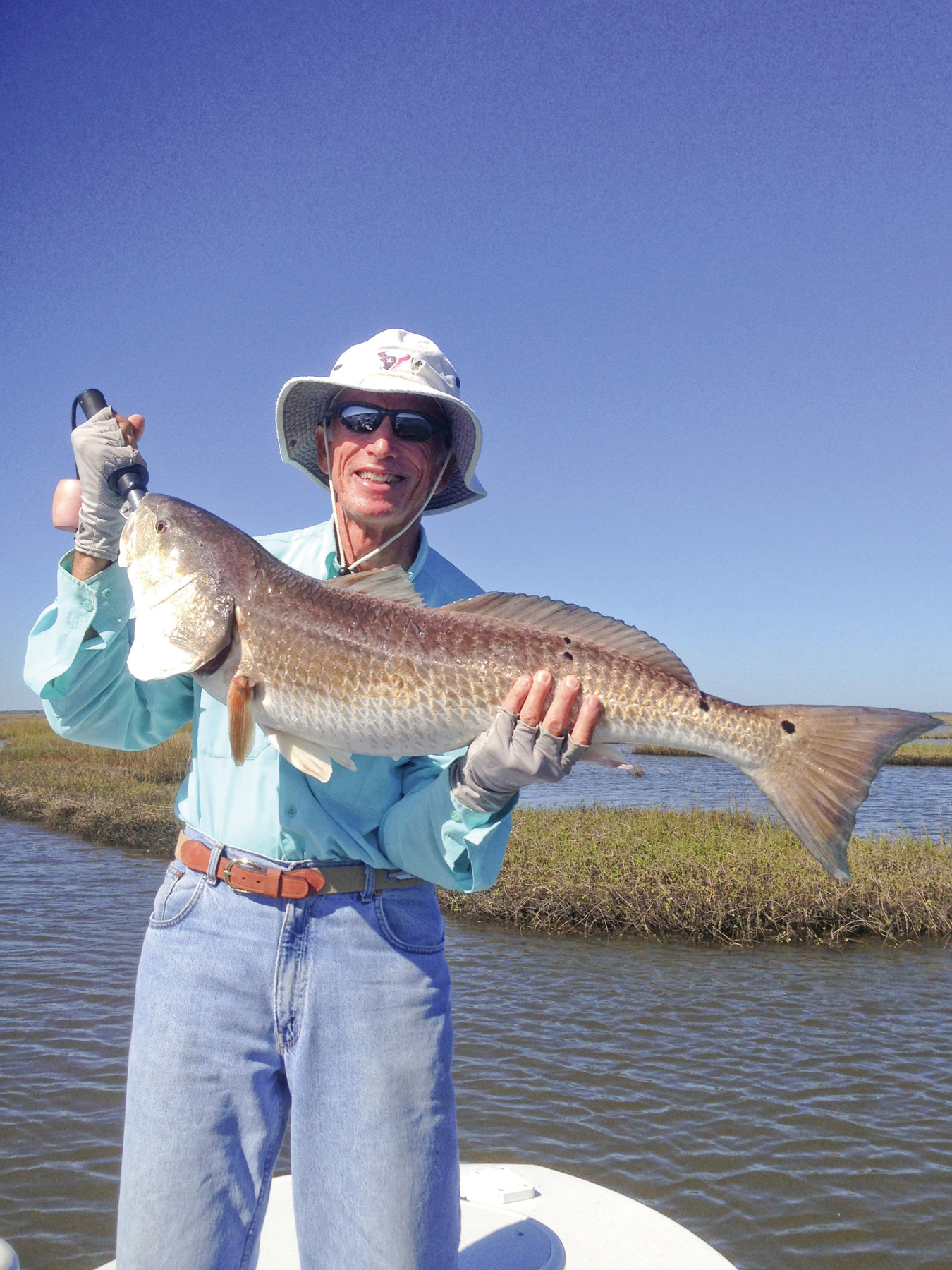 I get a gnawing in the pit of my stomach every time the weatherman mentions an arctic blast. Any lifelong salt with some grey in his beard probably has the same reaction. Its been so long since we've had a fish-killing freeze that every winter seems like a roll of the dice; history showing that sooner or later we're going to come up snake eyes.

The impetus for this month's article came as I was talking with a group of 20-somethings at the Houston Boat Show earlier this evening. Temps outside were dipping into the twenties with a strong north wind, but nothing worth worrying too much about at this point. A true killing freeze is a whole different animal.

I vividly recall the first time I came face to face with the real deal, thirty winters ago. It was Christmas break and my cousin was coming to town from college. I was a hardcore duck hunter back then and he wanted to give marsh hunting a try. The day before had been mild as I sat in the marsh off West Galveston Bay whacking a limit of ducks. I had a can't-miss pond on the old Hall's Bayou Ranch and had total confidence that I could put him on a good shoot. My dad wasn't into duck hunting but decided to join us for his first hunt.

It's hard for today's youngsters to believe but we didn't have live up-to-the-minute weather at our fingertips back then. The TV weather guy was about it. The nightly news said there was a hard cold-front coming but didn't go into the sensationalism so common nowadays. I figured a front was a good thing and would push more ducks into the marsh.

As we got out of the truck and prepared to march through the mud I seem to recall it was pretty mild. I briefly thought about leaving the heavy jacket in the truck and only brought it along because I figured there might be some rain before the front. Slogging through knee-deep muck and thigh-deep water was hard work and I kept telling them "we're almost there" even though we weren't.

We got to the magic pond and tossed the dekes before settling into deep grass to wait for shooting time.

Daylight arrived about the same time as the front with a force like I'd never felt. Pure and biting cold. The rather small pond immediately began to whitecap and every decoy flipped over. We huddled into our waders and donned the heavy jackets. I figured the worst would pass quickly and it would lighten up a bit. Young and stubborn, I was.

Dad was older and wiser, "I'll wait for y'all in the truck." And with that he gathered a sack of decoys and beat feet.

Cousin and I were too tough or too stupid to admit we were cold, maybe some of each. While dad was picking up his share of the decoys I righted the rest of the flock and moved them closer to the sheltered shoreline. We were good to go, again.

After staring at a duckless sky for a while I glanced at the spread to see if they were still upright. They were, but something wasn't right. Even with all the wind they weren't moving much. About that time one flipped and there was an ice ring of several inches. Hmmnot good.

I had no idea what the temperature was but I knew I'd never seen saltwater freeze. I made a little walk through the spread to knock the ice off and warm myself up a bit. I no sooner got back to my hide than the ice was forming again. Neither of us wanted to be first to cry uncle. "Let's give it another hour..."

We shot exactly one duck that morning. When it hit the by then solid surface of the pond and slid to the far-side grass, I knew it was time to go. The walk back was the easiest marsh march I've ever had. The water had blown completely out of most of the lakes and the exposed mud was frozen enough to support our weight.

Having left shortly after the front hit, Dad apparently hadn't had it as easy. There was a boot stuck in the mud, then the other, then a decoy followed by another every few yards. We made it to the truck with a double armload of dekes and a pair of boots. Dad still tells the story and I still laugh every time I hear it.

The water was nearly gone and a crust of ice was forming when he lost the first boot. The next bootless step ripped his waders open and let the cold mud in. He knew he couldn't sit down to put the boot back on and he was too cold to care. The next boot came off a few steps later and the other leg ripped. Then the strap on the decoy bag broke so he started dragging it. The ice ripped through the mesh and decoys started spilling out. He tried to stop and pick the first one up, but it blew away, tumbling across the freezing mud. At that point he made the decision to buy me some new decoys rather than freezing to death chasing plastic ducks all over the marsh.

It was a miserable morning but a memory I wouldn't trade. Being outdoors during extreme weather is an awe-inspiring experience. But back to the point of the story, the aftermath of that front and the cold that lingered was unbelievable. Along the upper coast the temperatures fell to below freezing ten consecutive nights, with a low point of 13F.

A sheet of ice extended several hundred yards from shore on much of Trinity Bay. Other reports included thick sheets of ice piled along the shores of the Upper Laguna Madre. Millions upon millions of fish succumbed to the cold. I was working for Marburger's Sporting Goods at the time and recall the game wardens coming in talking about a ring of dead fish several feet wide on every shoreline of the bay system.

Fishing wasn't the same for several years. The prior summer had been phenomenal; old salts who hung out at the store called it the best they'd ever seen. That next summer was tough to simply catch a fish, let alone a decent trout or red. Trout limits were cut in half while reds went from five to three and the hatcheries were ramped into high gear to restock the bays.

About the time things were getting back to normal, along came double whammy freezes in February and December of '89. I recall a day in the spring of 1990 when I couldn't lose a live shrimp, and we fished every major reef in East Bay. I finally managed a piggy perch soaking dead shrimp on bottom at the jetties. Since that time we've had some minor brushes with localized kills but nothing of the magnitude of '83 or '89.

The moral of this story and what I was stressing to those twenty-somethings at the show; enjoy the bounty we currently have, do your part to conserve the resource, and pray we get to slide through another winter season without getting whacked.