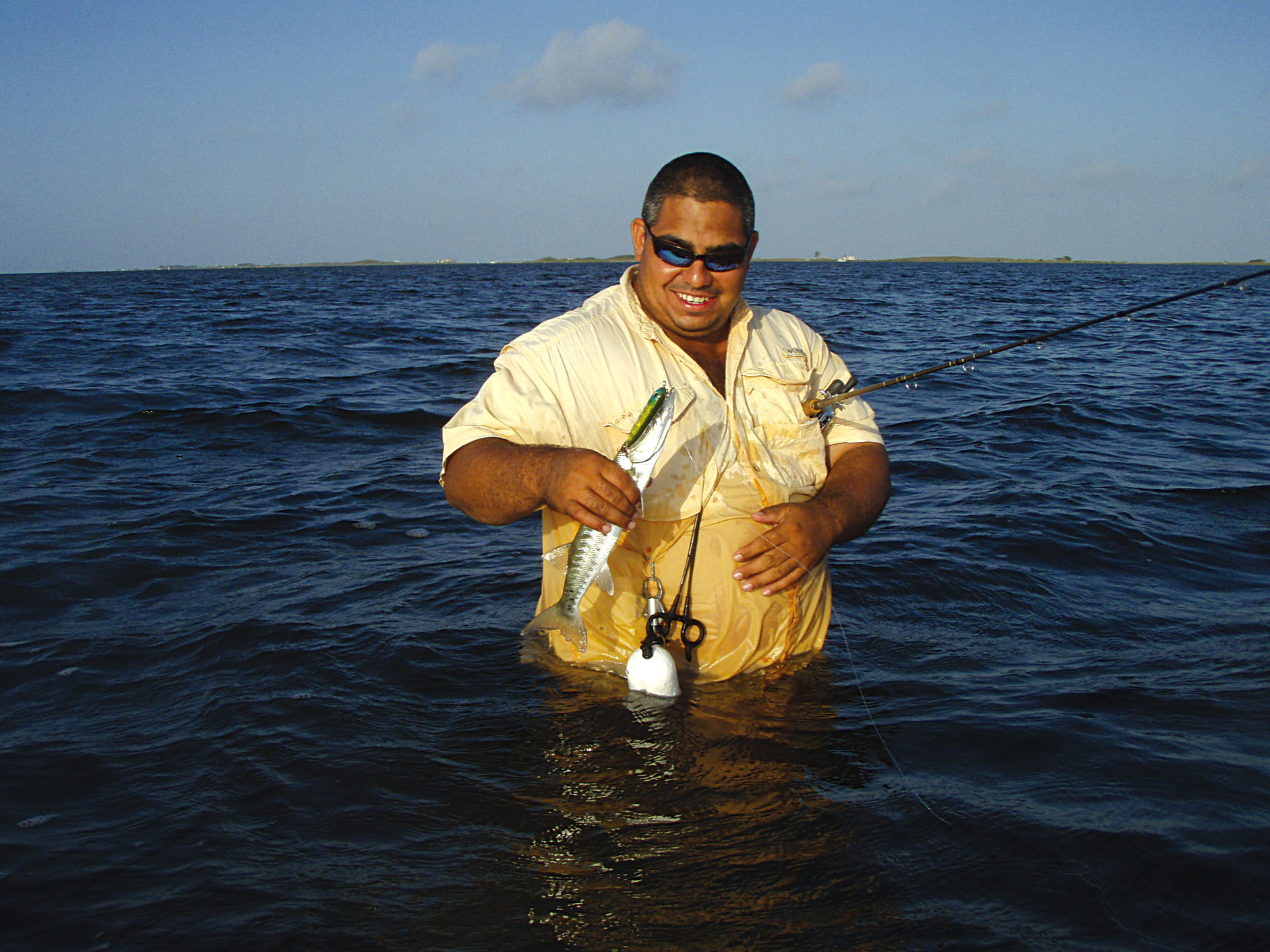 I slipped into Nighthawk Bay during summer 2009 with my buddy, Lupe, for some daybreak trout and redfish action. It was still dark when I started throwing a small topwater and the bite was pretty easy. I caught my first red of the morning five to ten minutes into the wade. Soon we were both catching slot reds and trout ranging from seventeen to twenty-one inches in the trout-green shallows.

The potholes were soon visible and we were targeting them, getting blowups on every other cast, or so it seemed. We could see and cast at the bronze "carp" roaming through the potholes until the wind increased with the rising of the sun. I had already noticed a decline in blowups and was thinking of tying on a Corky Fat Boy but decided to give the topwater five more minutes.

On the next cast something happened that I never expected. To say the least, it was not a normal blowup. The fish hit the lure like a torpedo, exploding out of the water at least five feet. Lupe started yelling, "It's just another poor man's tarpon," (lady fish) and I could almost believe it but it was pulling much harder and thrashing the water on every run.

The fish was as fierce as a pit bull. Once I put the pressure on and regained some line I got a glimpse and could not believe my eyes. Teeth were flashing everywhere. The wild display and teeth and treble hooks was definitely something I am was not prepared for and I knew that grabbing the fish would be a dicey proposition. Finally, the fish calmed down and I got a grip on my prize and realized it was a barracuda. Yes, a barracuda!

Getting it on the Boga; I waded toward Lupe to confirm what I was seeing and to get some pictures. We snapped some photos and released it to fight another day.

I will never forget that blowup or the fight. Most people think I'm crazy when I talk of catching a 'cuda so far inshore, but hey, I've got the pictures!