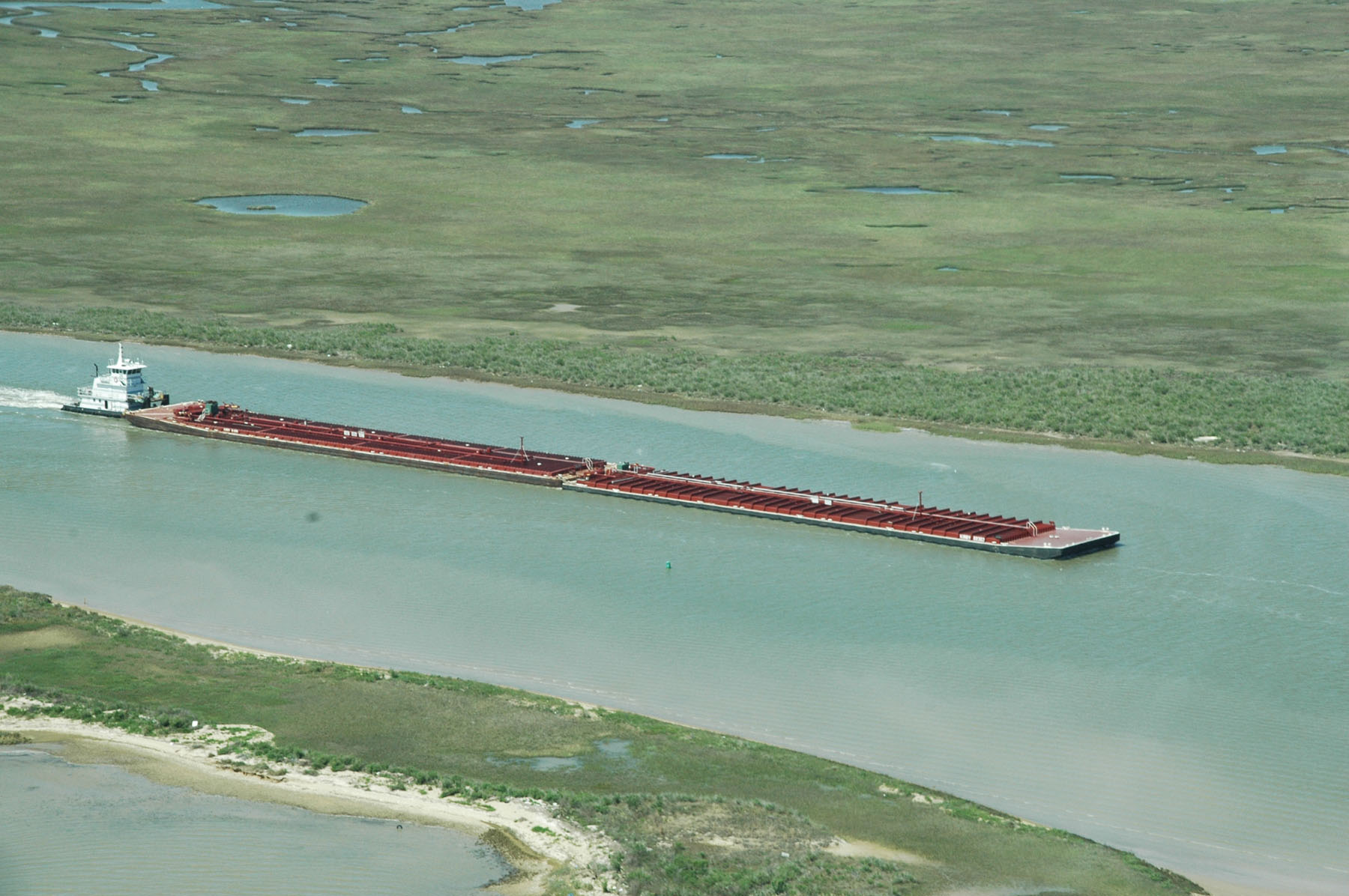 Editor's Note:
During the freezes of 1983 and 1989, towboats operating in the Intracoastal Waterway were thought to worsen an already bad situation as cold-stunned fish were churned in the prop washes. A significant misconception has emerged that TPWD possesses the authority to order a halt to barge traffic; however, this is not true. The following email and article will explain this. TSFMag salutes Gulf Intracoastal Canal Association and its member companies who willingly place conservation of coastal fisheries ahead of profitably during these unusual events. Kudos! E. Johnson-Editor

Email from Raymond Butler:
Hello Mr. Johnson,
As a subscriber and fan of your magazine, I thought your readers might be interested in the event that took place this past weekend. I am also the Executive Director of the Gulf Intracoastal Canal Association (GICA). Our association was formed back in 1905 in Victoria, for the purpose of building the Intracoastal Waterway across the Gulf region. I worked closely with Dr. David McKee of TAMU Corpus Christi and CCA-Texas Corpus Christi Chapter on this initiative several years back and we had an opportunity to try it out this past weekend. I also spoke with Robby Byers, of CCA, on Friday as we were implementing a "simulated drill" of the stoppage. The simulation wound up being the real thing on Saturday afternoon. We had one or two bumps in the road, but for the most part it worked, even starting on a Saturday afternoon.
Sincerely,
Raymond Butler - Gulf Intracoastal Canal Association

The Texas Laguna Madre is a unique and fragile ecosystem. The average water depths of the Laguna are two to three feet, except for the Intracoastal Waterway that is maintained to depths of nine to ten feet. Prior to the construction of the Intracoastal Waterway, especially that portion known as the Land Cut, parts of the Laguna Madre had become hypersaline from lack of freshwater inflow and poor circulation of seawater from the Gulf of Mexico. Though created to stimulate commerce, the Intracoastal Waterway has proven highly beneficial to the ecology of the Laguna Madre and, today, the water in the Laguna is home to the clearest water and one of the most productive gamefish ecosystems anywhere. When strong northers blast into South Texas, we see rare occasions when the water temperature endangers gamefish and the future fish crops they bear. This temperature appears to be around 42 Farenheit.

Biologists have learned that when water temperatures in the shallow expanse of the Laguna fall to these low levels, fish head for the safety of deep and warmer waters such as the Intracoastal Waterway. They also become very lethargic during these times and can not easy escape predators or the wash of our towboat wheels.

As a result of our work several years ago to address certain threats to the GIWW in the Laguna Madre, GICA fostered a relationship with the Coastal Conservation Association, the Gulf Coast's main sportfishing advocacy group.

That partnership began as an adversarial relationship over dredging practices used to maintain the waterway. After many discussions and meetings, we found common ground where both associations could help one another to keep the waterway functioning for both recreation and commerce.

We found that during these rare times of extreme cold, the barge industry might assist in reducing gamefish mortality by voluntarily stopping transits of the Laguna Madre. GICA brokered this idea among our members and most all seemed to favor a brief stoppage of commerce in order to help.

We had the opportunity to try this concept out for the first time ever during the weekend of January 9-10 2009, during an extremely cold period in South Texas. Support for the idea was strong among our members. American Commercial Line, Blessey Marine Service, and Florida Marine Transporters actually stopped or held tows for the requested period from Saturday January 9 through Monday morning January 11. Additionally, AEP, Cenac/Teppco, Brownwater Marine, and Kirby Corporation all responded favorably, indicated they would support a voluntary stoppage of traffic if they had equipment in the area.

We don't foresee this event happening more than once or twice in a year, or for it lasting over 72 hours at most. We thank everyone who actually made economic sacrifices ($7000 per day, per tow) and those who agreed to help in the future. We hope this innovative partnering effort serves to build a stronger bond between our industry and the sportfishing community, with the common goal of keeping the GIWW maintained and productive for us all.