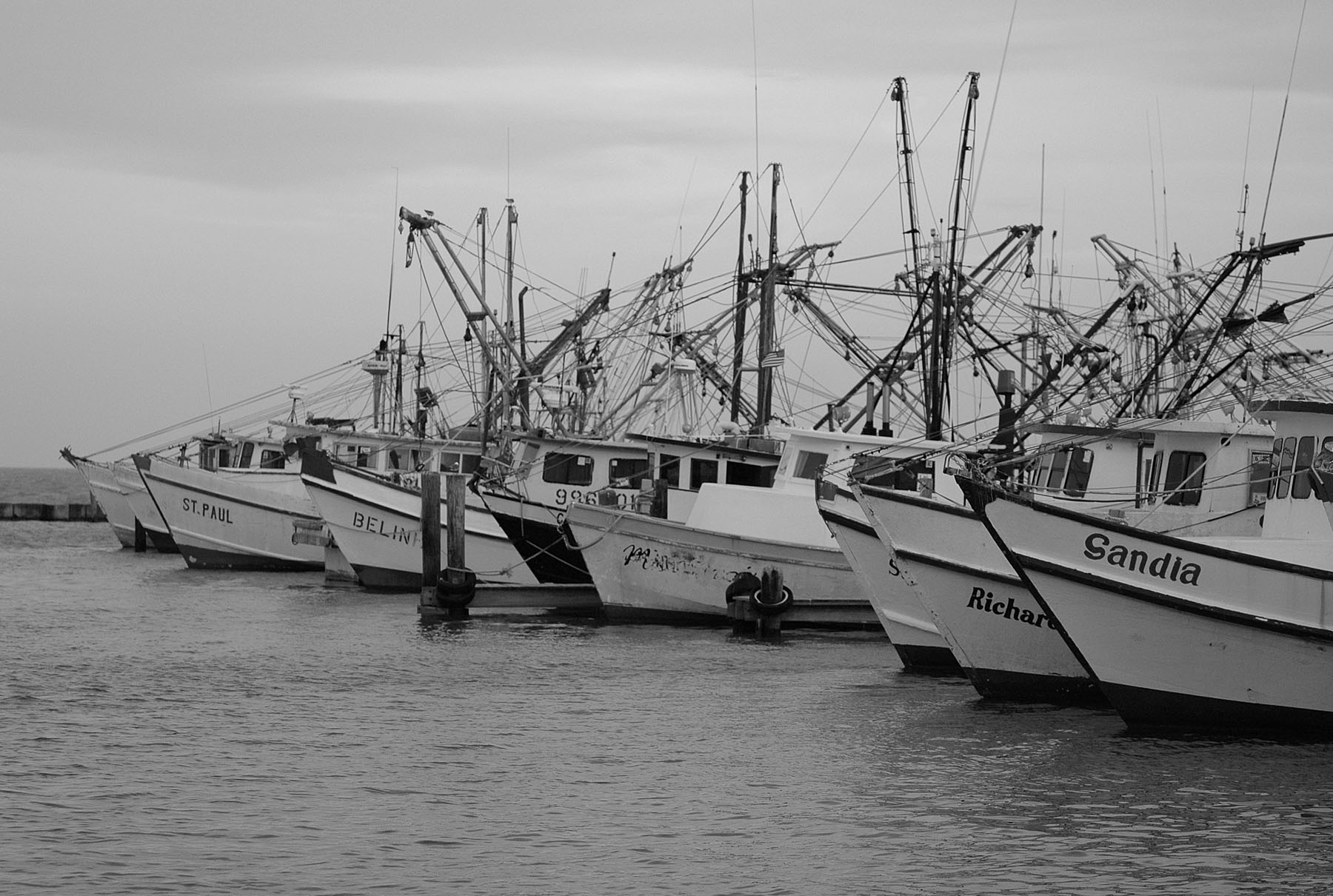 You just never know what you might happen upon out on the water. This shot is being framed to hang in the author’s office.

After reading EJ's editorial last month on doing more releasing and less filleting, I got to thinking about how much my attitude has changed over the years. When I was in my teens and early twenties I was as hard-charging as anybody on the water. I wasn't really happy with a trip unless I had a limit. Sure, I had fun fishing with my buddies, but the goal was a full ice chest. In the beginning it could've been a limit of twenty barely legal keepers. As time went on the bar was set higher. The ideal trip ended with a limit of bigger fish. And when the limit was cut to ten trout I concentrated even harder on a full stringer of solid fish. My old drawer of hero photos shows I was pretty successful, but I'm not all that thrilled with those faded pictures. They really don't tell the story of the adventure, the places we fished, or the memories made on the water with good friends. Several of those friends are wading greener flats now and I truly wish I had taken the time to fully record those special people.

Over time I have come to enjoy the moment. I no longer have the urge to bring home a heavy sack of fillets. A large sow trout blowing up on a topwater; a giant red cruising with his back showing; a good friend getting his personal best fish; dropping a fly into the perfect position to intercept a tailing red; these have become my new goals. I guess I have grown up as a sportsman. These days it's all about the memories being made. And capturing those memories is what this month's article is all about.

Today I get nearly as much enjoyment out of taking photographs as I do catching fish. So much the better if those photographs are of friends and family catching fish. Many of the photos are of the interesting places I get to spend my time. On some trips I find myself expending a good deal of effort trying to get in just the right position to capture a shot of a tailing red or a cool-looking bird feeding on baitfish. I can now look back on these photos and vividly recall every moment of the excursion. The photos really are worth a thousand words.

While getting ready for this article I went searching through a few hundred images stored on my computer. The realization suddenly hit me that I have very few pictures of strung fish over the past five or so years. No, it hasn't been a conscious effort to avoid taking those types of photos. And yes, I still string a few fish for dinner. But now I'd rather get the shot "in the moment." The biggest smiles are those that happen naturally when an angler is busy having fun. I like those so much better than the posed photos of the conqueror and his captured bounty.

There have always been a few cameras capable of withstanding the rigors of the saltwater fishing environment. I carried an old Minolta 35mm dive camera for many years. That camera served me well for the better part of twenty years before it bit the dust. But the vast majority of affordable cameras just weren't suited for wet conditions. There were times that I would take my old 35mm SLR out on a trip, but I was always too worried about ruining the camera to enjoy shooting.

Today we have a variety of easy to use waterproof digital cameras that don't require a bank loan to purchase. These point and shoot models take high quality images and they fit in the pocket of your fishing shirt with room left over for a pack or two of soft plastics. There really isn't much of an excuse not to carry one. I'm constantly amazed at the photographs acquired with these tiny pieces of electronics. And the amount of technology packed into them is simply incredible. The manufactures have gone out of their way to allow even the most techno-challenged among us to take decent and sometimes even great photos.

Pentax and Olympus have been the two major players in the waterproof point and shoot digital market. However, at the recent Outdoor Retailer Show I ran across a new player (at least they're new to me) with an impressive line of products. Sealife has three great looking cameras built for divers. I figure if they can withstand the depths of diving they can surely handle getting dunked by a careless kayak fisherman. All three models are wrapped in rubber armor and are designed to withstand some serious abuse. In their display booth there was an SUV parked with one wheel atop the camera. They each take photos in the 6 mega-pixel range, have built-in flash, and 4X zoom capability. There are also multiple automated modes for taking photos in different situations including several for underwater and more for above the waterline. The company even offers a wide-angle lens that can be attached to the cameras allowing for close-up photography to within one foot. The DC600 model is rated down to 200 feet and retails around $500. The next model is the Reefmaster Mini rated for 130 feet and comes in around $300. I figure we don't really need that sort of depth capabilities on our fishing cameras...if that need ever arises I've got far bigger issues than a ruined camera. Their most affordable model is the Eco Shot at $250. It's still rated for 75 feet which is at least seventy more than I'll probably ever need. You can find more information on these cameras at www.sealife-cameras.com.

The Pentax Optio W20 has been around for a while and I know quite a few people who have been using this camera with great success. It is a 7 mega-pixel camera with a waterproof rating to five feet. Their newer model is the Optio W30 with 7.1 mega-pixels and rated waterproof to 10 feet. In scanning the specs for the two models I haven't found too many differences beyond the depth rating. Both have 3X zoom capability, digital shake reduction, and a price tag around $300. The specifications and details can be found at www.pentaximaging.com.

The Olympus Stylus series has three waterproof models all designated with an "SW" which stands for shockproof and waterproof. Their original offering, the 720SW, is rated for a drop of five feet onto a hard surface and is waterproof to 10 feet. It retails at approximately $380. I'm not certain, but I believe this model is being phased out and replaced by two new cameras. The 790SW has the same drop and depth ratings as the original 720SW, but costs only $300. The 770SW is rated for a five foot drop and is waterproof to 33 feet for around $380. All three models are under an inch thick and about the size of a deck of cards with a weight of approximately five ounces. They also take 7.1 mega-pixel images, have digital image stabilization, and a 3X zoom. Check out www.olympusamerica.com for detailed comparisons between the models.

All of these cameras have several things in common beyond being tough and waterproof. They all have numerous automatic shooting modes to allow anyone to shoot good photos in any situation. And most will allow for some manual tinkering with the settings in order to achieve some level of creativity. A couple of cool features I found in all of the models were the self-timers and movie modes. A self-timer will allow you to set up and shoot photos of yourself with your catch without having to call your buddy over and interrupt his fishing. Having the movie mode opens up the opportunity to capture and share the excitement of the fight or maybe the thrill of watching a school of tailing reds working a flat. With these slick little modern marvels you're only limited by your imagination.

So now you know about the equipment and you don't have to worry about ruining a camera in the saltwater environment. What's next? I've found that the best way to get good images is to keep the camera handy. You are much more likely to reach into your shirt pocket when the moment arises than if you have to dig through a dry bag stored inside your kayak. The second most important advice I can give is to take a bunch of photos. Take as many as you think you need and then snap a few more. I can't tell you the number of times I've taken four or five shots of the same scene and found that one was great while the others were just average. Sometimes it's the person's expression, other times there is a shadow or rod in just the wrong place. While these cameras are great tools, they do have the shortcoming of a slow shutter response so you don't necessarily get exactly what you are looking at when you push the button. The cool thing about digital vs. film is that it doesn't cost you anything to shoot a few extra photos, so fire away.

I'm not an expert photographer by any measure, but I can give you a few tips for making more pleasing images based on much trial and error. The number one problem I see in fishing photos is the dreaded silhouette of the unknown fisherman. Taking outdoor photos in bright light is tough. The water, sand, and bright reflective boats conspire to fool the camera's sensors into under-exposing the fisherman and the fish. Try to put the sun over your shoulder and onto the subject. If that isn't possible try setting the camera to flash. This will fill in the shadows under the brim of a cap and will often light up the wet fish making it look great. The second biggest mistake is standing too far away from your subject. Get close or use your zoom to fill up the frame. Another technique that helps in this regard is to turn the camera to take vertical photos. Since people are more vertically oriented it helps to cut down on those open spaces to either side of your subject. That rule can be bent when there is something of interest nearby. If someone is wading I'll usually try to include at least a portion of their kayak in the background. It helps to tell that story I was talking about in the beginning of the article. And speaking of telling the story, don't forget to shoot some landscape shots. Sunrises, sunsets, and cool clouds reflecting on slick water draw a lot of oohs and aahs when sharing your trip photos.

Lastly, nobody ever captured a great outdoor photo by sitting on the couch. Get out there with your camera and start shooting. In a few years you'll look back and be glad you did.