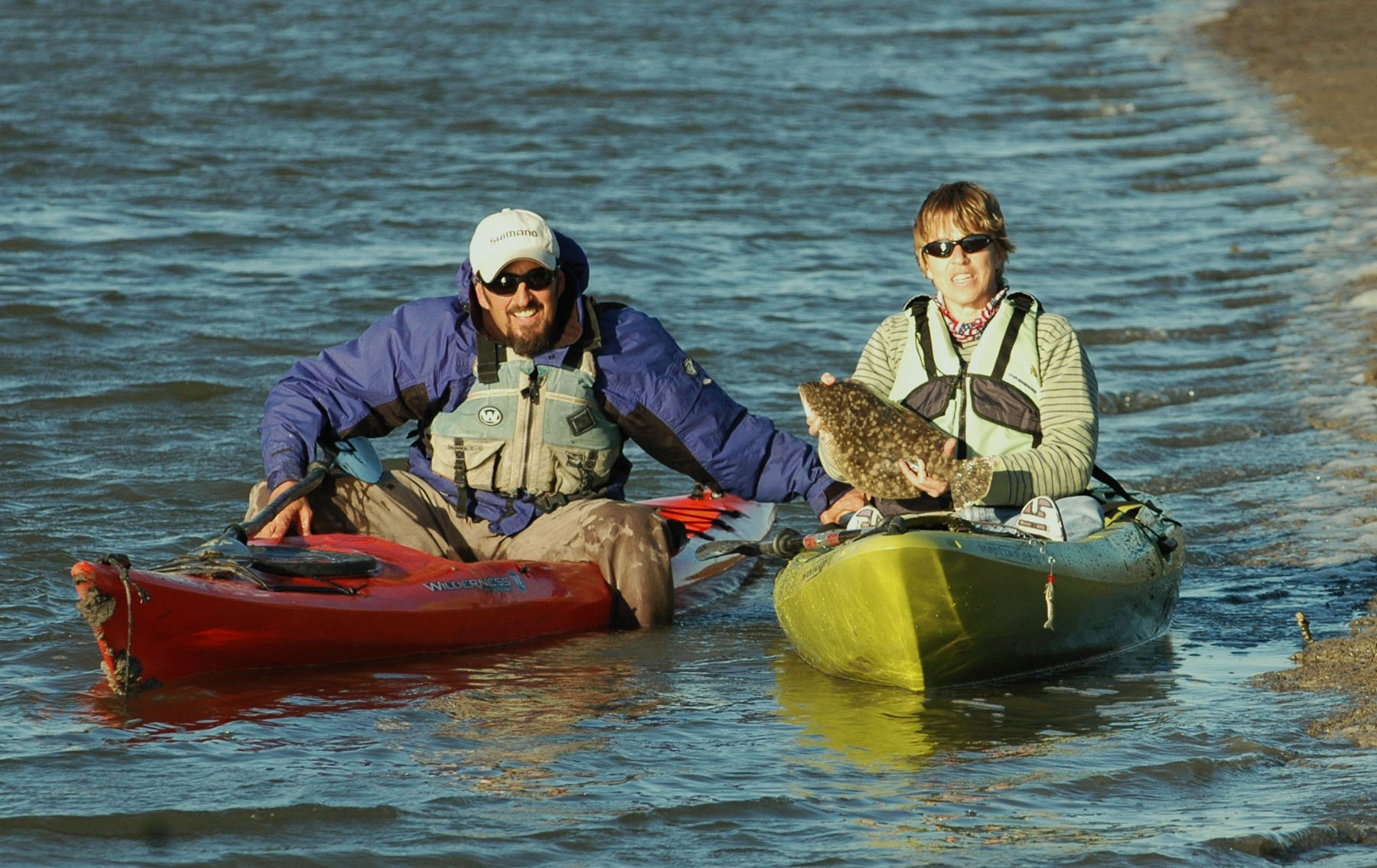 To say kayak fishing has changed my life would be gross understatement. Through kayaking I have changed career paths and become acquainted with hundreds of people I would have likely never known. My circle of close friends has mostly come directly from the sport. It has provided me opportunities such as writing for this great magazine as well as writing a book and traveling all over the country to places I'd only dreamed of fishing. Most of the change has occurred slowly and without me even thinking about it. This past weekend however, brought an immediate and profound effect.

A while back I wrote about the Kayak Anglers Society of America (KASA). Under the care of Jim Dolan, Kendal Larson and Danny Paschal, this organization has gained traction and is doing some wonderful things. KASA's stated goals are protecting access rights for kayakers and introducing new anglers to the sport through high school and collegiate programs. Their ultimate calling has been to help our veterans. Through their Heroes on the Water (HOW) program KASA is making a real difference in the lives of our wounded soldiers.

Jim originally hoped HOW would give the soldiers a break from the rigors of rehabilitation by simply taking them kayak fishing for a day. It has turned out to be much more. In talking with Jim this past weekend it became clear how devoted he is to the program and how his goals for the program have morphed into something much deeper.

Jim is retired military and speaks from experience, "In combat you depend on the guys in your unit. They are your family, the band of brothers. They understand what you are going through and provide support for each other. When it is all over and you go home nobody can fully comprehend the experiences you've had. There is a period of withdrawal. What I hope to provide through these outings is a chance for these guys to feel like they belong to something again. I know it sounds corny, but kayak fishermen are also a band of brothers."

As a retired cop, I fully understand his words. The camaraderie among kayak fishermen is an interesting phenomenon not often discussed. Maybe it is because we have chosen to do things differently, perhaps it is the joy of sharing the sport, but I've noticed kayak anglers are generally a more gregarious group than most other fishermen.

Jim went on to say, "When these soldiers get out on the water they are in control, something many of them have not felt throughout their rehab. They are able to take care of themselves and do pretty much as they please. In talking to the guys after the events they've told me that all of the outside world and their troubles disappear. The world shrinks down to just them, the kayak and fishing. It might not seem like much to you and me, but that's powerful stuff for them."

The six soldiers at the event hosted this past weekend are all suffering the effects of post traumatic stress. They are assigned to the Warrior Transition Brigade at Fort Hood. The Brigade provides primary care and case management for warriors who have suffered injury or illness while serving as a member of the U.S. Army. They ensure that each service member receives the appropriate medical care and counseling that is needed to return to duty units or their community and their families in a timely manner and with respect. I had a chance to talk with Colonel Snider who is in charge of the program and he stated, "We (the Army) learned a lot after Viet Nam. You cannot expect these warriors to go through battle and then just discharge them hoping they'll be alright. It doesn't work. We are there to help them transition back into a normal life."

One young soldier drew attention as he sat rigid and motionless, staring straight ahead with absolutely no expression. It hurt me to see someone who has volunteered to fight on my behalf suffering so greatly. I wondered to myself what horrors he had experienced in his service to our nation and how in the world I could help. As the weekend progressed Jennifer Thomas, the brains behind Slowride Guide Service, took it upon herself to take him under her wing. Her patience and compassion was remarkable.

My life changed on Saturday afternoon as I sat on a pier taking pictures of the soldiers launching into a small bayou. The young man was helped into a kayak and handed his paddle. He sat there with no expression and I was growing apprehensive as to how this would go. As the guys shoved the kayak from the bank I saw something that chokes me up even as I type, he smiled. I cannot express the joy I felt at that moment. And it was then I realized what this simple sport of paddling a plastic boat can produce. From that point on the smiles seemed to come easier and when he caught a fish it turned into an ear to ear grin.

We have since heard back from the unit and, again, I'm choking up. The young man has opened up and is still smiling. They had never seen him smile. He's talking about the trip and the experiences he had kayaking and catching fish. Perhaps now he is able to forget a little bit about the past and see the future. An experienced combat veteran described the stare we observed as a black wall, a wall put up to block the horrors in their memory. He said, "What you guys did is give him something else to see. It's sort of like a screen saver on the computer, but the bad stuff creeps back in when your mind isn't on guard. Now he has something to help replace some of the bad stuff."

A huge thanks is in order for everyone involved, particularly the Manske family who generously opened their ranch to host the event and provided more food than the crew could eat. And of course my unending gratitude to those soldiers who have sacrificed so much on our behalf, thank you.

As much as Jim and the guys would like to, they can't do this all on their own. Event volunteers are standing in line to help out, but what they could really use is financial support. You can help through donations made to www.kayakanglerssa.org. You can also help by offering your bay house to host an event as they are always in need of places to stay to cut costs. And one final thing Jim wanted me to ask; if you know of an injured soldier who has returned home that could benefit from the program, please let him know. He can be contacted by e-mail through [email protected]

A Veteran - whether active duty, retired, national guard or reserve - is someone who at one point in his life, wrote a blank check made payable to the "United States of America", for an amount of "up to and including my life."

That is honor, and there are way too many people in this country who no longer understand it.
--Author Unknown