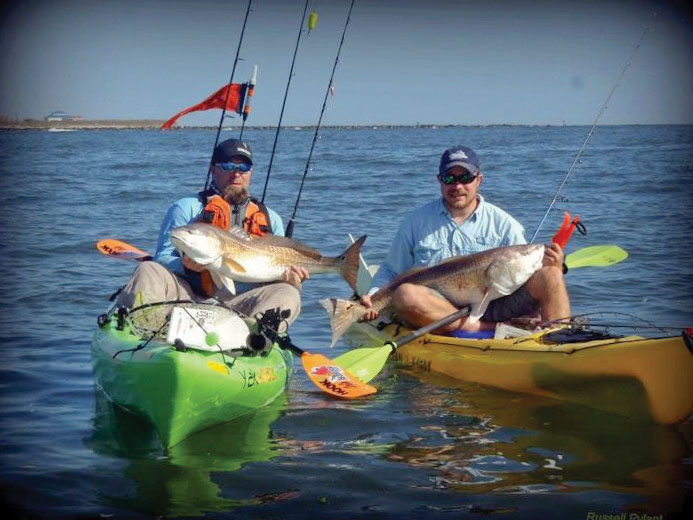 If you are a longtime reader you may recall me writing in the past about Heroes on the Water (HOW). I have a special place in my heart for this organization. Years ago I was privileged to participate in the beginnings of what would become HOW. It all started with a group of paddlers taking wounded soldiers kayak fishing as an escape from their hospital rehab stay in San Antonio. I saw firsthand the benefits of a few hours on the water. Actually, catching fish was secondary to just being in the outdoors away from rehab routine. It did wonders for their attitude. You could see them unwind and relax and it did a lot for me, as well.

Through the leadership of Jim Dolan, HOW has grown into an incredible support group. It has expanded farther than I ever dreamed and has helped thousands upon thousands of veterans and their families.

A couple weeks ago I attended the Texas Music Throwdown, an annual fundraiser benefiting HOW. As the name suggests, it's a night of great Texas music with Scooter Brown and Sean McConnell putting on a fantastic show this year. The event raised $66,000. As good as the music was, it was a soldier who stole the show.

I've known SFC Military Policeman Jason Austin for a couple of years; we met through HOW. I knew Jason had been through rough times but never knew his story until he took the stage, perched on a stool in front of a huge American flag and started talking. You could've heard a pin drop. Powerful. That is the only word I could use to describe his story. His matter-of-fact delivery was amazing to me. It takes one hell of a man to talk about something so deeply personal and traumatic, but Jason believes deeply in Heroes on the Water and is willing to do anything to help them reach others like him. The least I can do is share his story in hope that it moves you as it did me.

"I'm coming up on my nine-year alive day. April 13, 2007 my driver decided to run over two South African 155 rounds and a pile of 80 millimeter Japanese or Chinese mortars. The next 900 days I recovered from a broken neck, back, left frontal brain damage, hearing, some vision loss and some pretty serious head and leg damage. I died eight times on the way to Germany. I stayed there about a week until stabilized and then ended up in a poly–trauma center in Tampa.

For about the next year I was there, I was told I was never going to walk again. My brain may or may not heal. If you ask my wife now, it never did. But, for the most part, I'm better, I think. The physical side of it obviously heals and you start to deal with it. The mental side of it was what I really struggled with. Day to day, trying to remember things, bits and pieces. Friends don't know who you are anymore. Your family really doesn't recognize the face standing in front of them. And you don't either."

So again, you have all this stuff going on. I mean, I was in the Army nineteen years. Now I don't have a career. My wife left about a year into it, couldn't take it anymore, and took my infant daughter with her. So I don't have a career, I don't have a family, I don't have friends. What do you have? A shotgun, a letter apologizing–and you make that decision that I'm just gonna leave and be done with it. And that day came.

I sit up here and tell you about the story and I can taste the metal in my mouth. I can see everything going on that day. And I'll be damned if the phone didn't ring and interrupt me killing myself. A voice on the other side of the phone said, "Hey I don't know what you're doing tomorrow, but you wanna go fishing?

Huh? If you only knew what I was going to be doing tomorrow you'd know that I don't want to go fishing. But something told me, go. You can kill yourself tomorrow if it doesn't work out. So I went. Spent about four or five hours on the water in Sarasota, Florida with a guy I didn't know. I didn't catch a single fish. But my life changed forever.

He was a representative of Heroes on the Water.

I went home and thought about the day. My girlfriend at the time, she comes home from work and says, Boy, you're in a good mood.

Yeah, I went fishing today with some guy I didn't know–and I didn't kill myself. She always worried about that. She figured she was going to come home and find my brains splattered all over the bedroom. And from that day I never looked back.

I sold that shotgun and put the money toward a kayak and some fishing gear. For the next five years I've done nothing but travel the Gulf coast fishing kayak tournaments. I wrapped my truck, some of you might have seen it out there with a redfish on it, because I needed to reach out to guys like me that are sitting at home ready to wash their mouth out with a 12 gauge.

So if you're ever wondering if it's worth coming here tonight listening to the music. Or is it worth bidding on that stuff over there. To me it is. Because everyone in this room basically saved my life. Thank you. I love you for it. My family loves you for it."

If you'd like to watch the video of Jason's talk, go to the Facebook page of Harbor America. They are a great sponsor of Texas Music Throwdown and Heroes on the Water. I dare you to watch that video and not get a lump in your throat.

I was going to add in a bunch of statistics and such proving the program works, but I think Jason said it far better. If you'd like more information on HOW, visit www.heroesonthewater.org.

If you are a vet in need or you know one that could use some help, there are 60 chapters in 32 states as well as chapters in Australia and the U.K. Pretty damn cool from just taking a few guys fishing in Aransas Pass a few short years ago.

And if you see a guy in a truck with the HOW logo plastered all over it, walk up and shake his hand. Thank him. He deserves it.