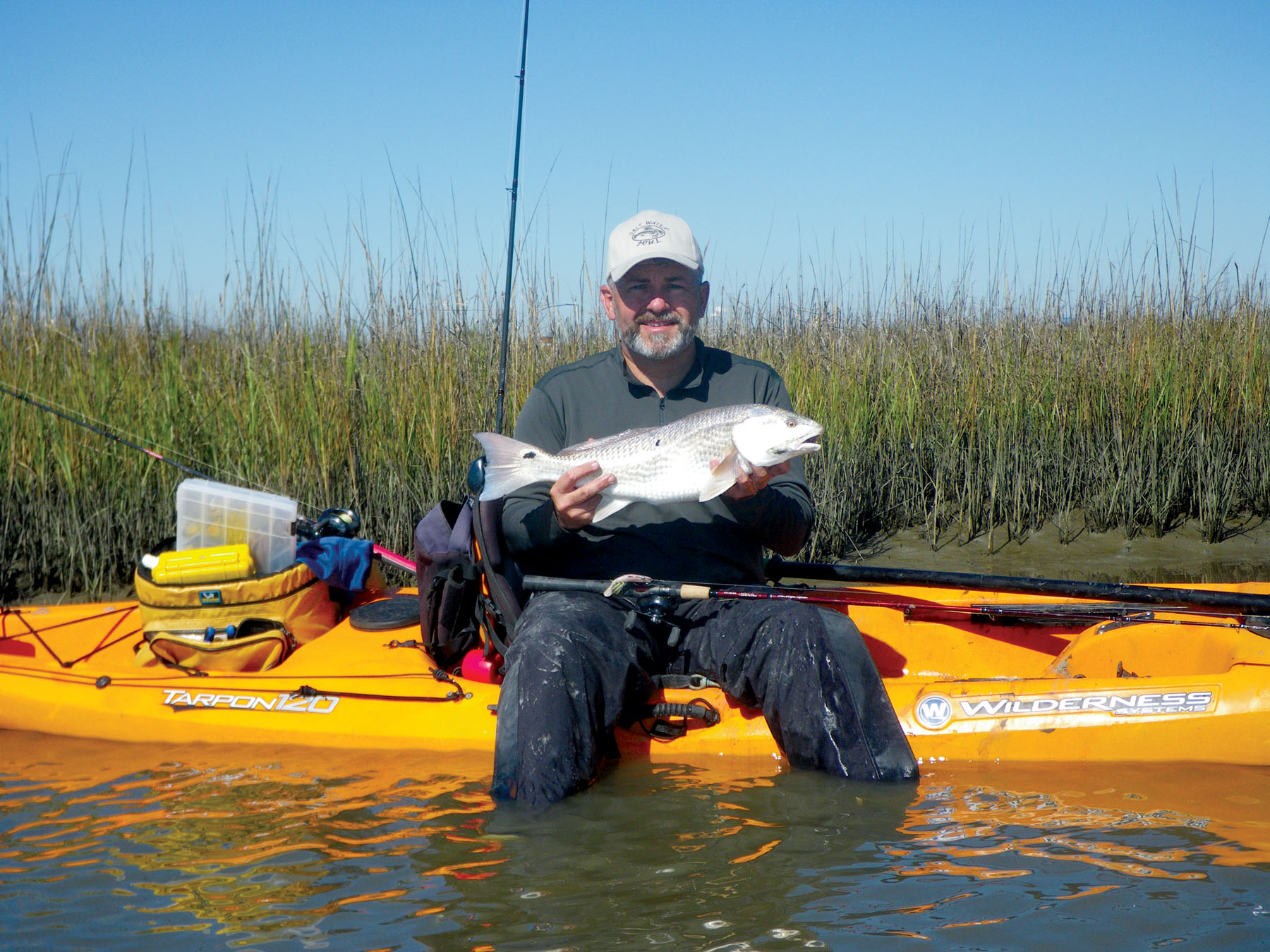 This is turning out to be a great fall season. As I've said many times, one of the biggest advantages of fishing from a kayak is getting into places a boater can't go and it's too muddy to wade. My recent trips have proven this in crystal clear bronze beauty.

I'm no shrimpologist, but locating shrimp in the marsh is key to locating shallow water reds. While redfish are not generally too particular when it comes time to eat, they'll absolutely lose their minds when they discover schools of small shrimp. And over the last couple of weeks, I've been seeing more juvenile shrimp in the marshes and back lakes than normal for this time of year.

Under normal circumstances these shrimp would be grown and ready to migrate with the falling tides following the first few northers. This past summer was anything but normal along the Texas coast. Shrimp larvae thrive in brackish water and with the extreme drought throughout this past spring and summer I think the salinity levels in most places were too high to produce a solid crop. Recent rains have changed all of that and they have apparently responded with a late bumper crop. I'm not sure what all this means for the ultimate survivability of these late bloomers, but for the time being it is a boon for the redfish and the kayakers who pursue them.

Last week in Port O'Connor I ventured to one of my favorite areas. It was the day after a front and the tide had fallen leaving acres of grass and mud flat with only a few inches of water covering it. No way a boat could access it and a wader would have to be desperate or super-human to even attempt it. And even if a wader could somehow make his way onto the flat he'd make so much noise it would defeat the purpose. With the kayak I was able to quietly enter the area and scope it out. The wind that morning was non-existent and the water looked like a mirror as the sun started coloring the horizon. Within moments I saw the first tail poke through the surface followed by a scattering of tiny shrimp. Too cool. The kayak allowed me to take full advantage of the situation and easily pick off reds that had no idea I was there. It was simply a wonderful day to be on the water.

Yesterday I ventured into one of my favorite Galveston area marshes. This place is a true mudhole where stepping out of the kayak is a definite mistake. Do that and you'll quickly empathize with the mastodons that found themselves in the La Brea tar pits. Again, it was the day following a norther and the tides were falling. I love fishing those conditions in the marsh as it tends to concentrate the fish and bait into smaller areas and exposes their movements. It didn't take long to realize that the baby shrimp I had found in POC were present in Galveston as well. Every time my paddle dipped into the mud there was a shower of redfish candy. At that point the water was still high enough for the reds to be in the marsh lakes so I paddled to one of the larger ponds and started watching. Minutes later I saw a big wake along the shoreline that ended it a frothing crash. The reds were there and it was only a matter of putting a light-colored paddletail Assassin in front of them and imitate a fleeing shrimp.

As the day wore on the tide fell further and everything moved to the drains, including me. Fishing the ditches and bayous when the lakes go dry is perhaps one of the most exciting ways to catch marsh reds. The singles and pods that were earlier cruising the ponds tend to team up and feed in aggressive packs that are hard to miss. Often times in a winding bayou you'll hear them coming before you can see them. These fish aren't shy and will jump all over a lure that lands in their path. Under these conditions I like to push the kayak deep into the marsh where the furthest back lakes funnel into fairly narrow and shallow drains. Again, the only possible access to many of these spots is via kayak. Yesterday was a classic example of this plan coming together and resulted in a lot of splashing, crashing mud-filled battles.

Many times anglers will abandon the shallows as the temperatures fall, but the reds can and will tolerate much cooler temps than folks realize. It is the baitfish and shrimp leaving that cause the reds to move deeper. As long as the groceries are present, they'll stay. Given the size of the shrimp in the marsh at present, I fully expect these patterns to continue deep into late fall and early winter as they mature. On the colder days you can go to the softer mud where the shrimp will bury to stay warm and find the reds there trying to root them out. A well-placed lure becomes easy prey and will tempt most every red you come across.

Hopefully we'll have a mild enough season to allow this late crop to complete their lifecycle. But until they migrate or succumb to the falling temperatures, I'll be pushing my kayak deep into the mudholes to take advantage of an unusual year.