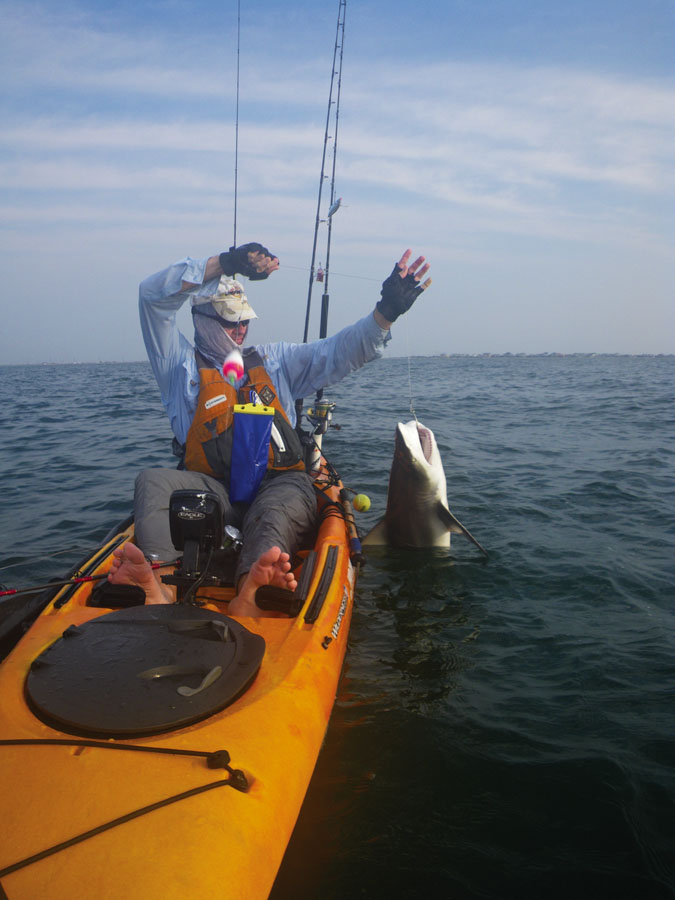 The fishing finally broke wide-open this past week. The weather got right, the tides were favorable and the fishing reports were coming at a steady clip. This was good and bad. Good in that it was nice to receive so many encouraging reports, bad in that I was coming down with a severe case of A.D.D. Every morning that I headed towards the water I couldn't decide where I wanted to go and which species I wanted to target.

The surf was green to the beach and full of trout. Just off the beach was glassy calm and schools of bait were getting massacred by roving bands of Spanish mackerel, jacks and sharks. There were even hushed whispers of the season's first tarpon. A couple buddies were on schools of reds feeding on baby shrimp way back in the marshes under hovering gulls. Another friend sent limit photos of doormat flounder caught during a short session at the mouth of a marsh drain. And of course, the speckled trout in the bays were going off on the reefs and under scattered flocks of birds.

The surf is such a fickle suitor that it is hard to pass up when it gets right. As bad as I wanted to go hit those marsh reds, the sight of limp pre-dawn flags along the Galveston seawall was too much. The kayak would have to stay strapped in the truck on this day. I turned onto one of the many beach access points west of the seawall and waded into the warm water tossing a topwater as the sun turned the horizon pink. The first few casts went unanswered, but out there in the dark I could hear trout slurping. A few more casts and the Top Dog got blasted skyward. Once it touched down the trout was waiting like a defensive back on a tip drill. Sweet the first surf trout of 2010. The fish weren't thick, but there were enough to keep me plugging until the sun got a few feet above the water. The topwater was getting ignored, so I switched to a soft plastic and drew a few half-hearted strikes.

A couple hours in I was daydreaming about what might be happening back in the bay when a huge silver flash took a swipe at the jig just as I was lifting it for another cast. The fish surged forward taking drag for twenty or thirty feet before stopping for a head thrashing shake. Damn, that's a huge trout! Or not. The next move was unmistakably a jackfish tactic, head buried and driving towards the Yucatan. There was a sketchy moment at the start when I thought I might get spooled, but eventually the big jack started circling back. The battle continued for a while but in the end I won, much to the delight of a couple of old snowbirds heckling me from the comfort of their lawn chairs on the sand. I thought they were going to fall out of their chairs when I released the mule to fight another day. Apparently they thought it was some sort of tuna and couldn't figure out why someone wouldn't keep obviously great table fare.

Two days later I found myself struggling with the same decisions. My buddy Billy Ray and I talked it over and decided to launch the kayaks into the surf and patrol the third bar. It sounded right and felt like a good plan. But as the sun rose it became apparent that the light west wind overnight had sanded the surf. Bait was thick, but the predators just weren't in the mood. Other than a few short strikes at the topwaters there wasn't much action. No problem; we loaded up and headed bayside.

The tide was rolling in as we entered a wide bayou that leads to a secluded lake. Riding that tide were rafts of silver dollar sized menhaden. The whole bayou was alive with bait and the predators were obviously taking advantage. Billy Ray struck first with a nice flounder on a swimbait. A few moments later a nice slot red slammed my topwater three times before finding the hooks. We stationed ourselves at a pinch point and proceeded to wear out the trout on just about any color of soft plastic we felt like throwing. The tide eventually slowed and came to a halt and so did the bite. It was a nice session, but could have been epic had we decided to start the morning there.

The next morning found me drawn back to the surf zone. The west wind had turned slightly north clearing the surf and creating a mirror slick surface from the sand out as far as I could see. I cruised the beach from just east of Surfside almost to San Luis Pass before I found what I was looking for. Several flocks of gulls were hovering over bait and the pelicans were dive-bombing. All of the action was taking place on the outside of the third bar. The picket line of waders were giving it their best, but most were coming up a bit short. I slid the kayak into the water and eased out into the action. I was hoping for trout, but it turned out to be Spanish mackerel slashing through thousands of tiny baitfish. With a trace of light wire leader and a clear sparkled soft plastic I had the right combination. It was fun, but after losing more than a few lures it was time to move along. I prowled several miles parallel to the sand with not much to show for it other than a few dink trout.

It was time to go check on the reds. A quick launch into one of my favorite out of the way spots and I found the reds right where I thought they'd be. Singles were pushing deep into the marsh grass thrashing about and making all kinds of commotion. They were tough to catch, but the small pods cruising the edge of the pond were silly easy. I really think that they would've hit any lure in the box.

That night I was drawn to a fishing report posted on the Texas Kayak Fisherman website. The group had been a couple miles offshore where they had run into a bunch of jacks, some sharks and had possibly had a run-in with a king. That report combined with those first hints of tarpon had me pumped for a nearshore trip. The leader of the group was kind enough to invite me along for their follow-up trip. We met on the beach at dawn and headed out. Around the one mile point the smacks showed up and we stopped to play with them for a bit. Steve managed to find a small ladyfish among them and decided to anchor up and free-line her out on his heavier gear. I swear it wasn't thirty seconds before a nice blacktip was cartwheeling across the surface. The shark put on an energetic show before coming alongside the kayak in fake submission. I was lucky enough to be in position to get a photo of the drenching.

As Steve re-rigged, I continued trolling a big silver Russelure through the area. I was thinking kingfish when the drag started screaming. The fish went airborne in a twisting, shaking leap high above the water. Another decent blacktip. Three good jumps later she was off. We moved further offshore hoping to find the kings, but all we could locate were more sharks and some roving schools of Spanish mackerel.

I mention all of these trips as a reminder of the versatility of kayaks. Too many people want to pigeonhole our little plastic boats as being strictly for shallow, protected waters. And while they do shine in those places powerboats can't enter, they are also perfectly capable of taking you on other adventures. Given the right weather and a competent partner or two I have no problem heading into open water chasing bigger prey. Be honest with yourself regarding your personal abilities and experience and don't push it beyond your limits. Wear your PFD, paddle with a buddy, and go have some fun this summer.