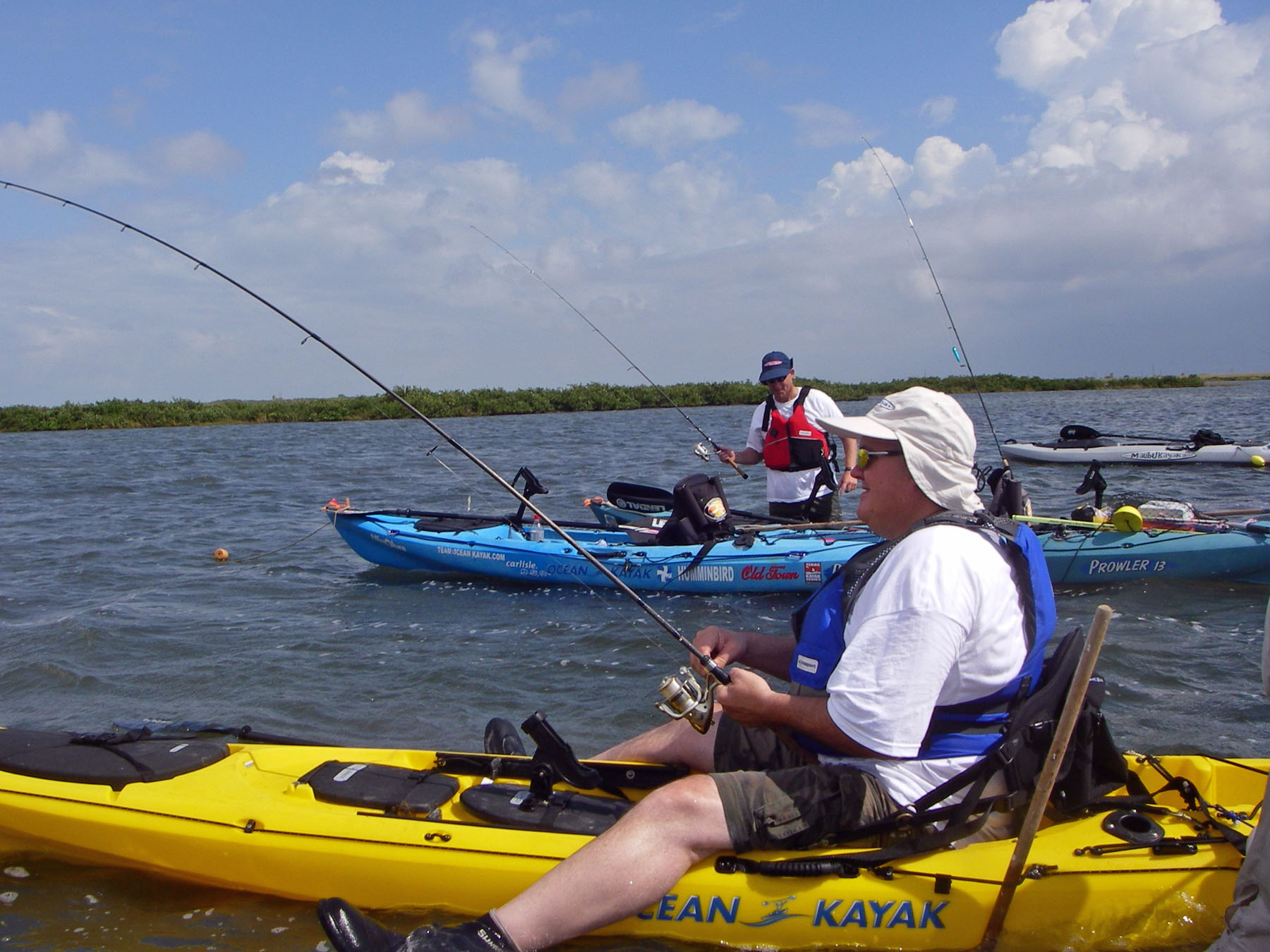 Sgt Metcalf hooked up.
"There are those who speak about you who say, "he lost an arm, he lost a leg, she lost her sight. I object. You gave your arm. You gave your leg. You gave your sight. As gifts to your nation. That we might live in freedom. Thank you. And to your families. Families of the fallen and families of the wounded. You sacrificed in ways that those of us who have not walked in your shoes can only imagine."
Gen. Peter M. Pace

Sobering words indeed. So many of us go through our daily lives without really thinking about what others are dealing with. We go to work, we spend time with our families and yes, we go fishing. All the while there are young men and women who are doing battle on our behalf on foreign soil. They do so willingly and with great honor and bravery. Also while we tend to our daily trials and tribulations there are thousands of these same young people dealing with the life-changing consequences of injuries sustained on the battlefield. I don't care where your thoughts on the war fall, you have got to respect and support the individual soldiers. I certainly do, but I'm afraid I have been guilty of not thinking about them nearly often enough. I plan to change that.

So what does all of this have to do with kayak fishing? Let me explain. A couple of months ago Brad Newman with Malibu Kayaks approached me with an idea. Brad had recently visited with soldiers at Brooke Army Medical Center who are recovering from injuries sustained in Iraq and Afghanistan. His idea was to take some of these guys out kayak fishing. As he spoke, his enthusiasm grew and it became obvious that he had latched on to this project and would see it through. Brad went on to share that his ultimate goal was to set up a program to match volunteers with wounded soldiers to take them on regularly scheduled kayak fishing trips. I asked what I could do to help and he replied, "Just spread the word, Brother." Well that's the very least I could do!

Recently Brad saw the beginning of his dream coming true. A small group of avid kayak fishermen gathered on the banks of Redfish Bay anxiously awaiting the arrival of Sergeant Metcalf and Major Cody Roberson. Sgt Metcalf was seriously injured in a Hum Vee accident while serving in Iraq. He is originally from Minnesota and grew up fishing. During his recovery at Brooke Army Medical Center he became acquainted with Major Roberson who founded a military bass fishing club. The kinship of fishermen is strong. And now Major Roberson had secured the sergeant's release from the hospital and was driving him to Port Aransas as the first soldier to participate in the Heroes on the Water program.

The soldiers arrived without incident and met up with the kayakers. After a brief introduction it was time to hit the water. The weather wasn't the best with high winds and the threat of rain clouds. No matter, Sgt Metcalf was not to be denied his day of fishing. The group set off onto the Brown and Root Flats. Before long the sergeant had gotten the hang of paddling and was leading the pack. It was obvious he was enjoying being away from the confines of the hospital. We all know the feeling of getting out on the water after being stuck in the office all week. Just imagine the exhilaration of hitting the water after months of living in a hospital and dealing with the rigors of painful rehab. That is what this program is all about.
The fishing pretty much matched the weather. Fish were caught, but it wasn't up to the standards of the area. It really didn't matter, though. This trip wasn't about filling a stringer. The guys proved to themselves and the military brass that the program will work and it has great value. Sgt Metcalf enjoyed himself and commented that his initial concern about whether he could handle paddling with his injury had been replaced with confidence in his new-found abilities. Pretty cool to think that something as simple as kayaking could help in the physical and mental recovery of a hero. Oh, and did I mention that the Minnesota Sergeant is now the proud holder of a Texas angling record? After a serious tug-of-war the sergeant reeled in a huge hardhead. The group agreed they'd not seen one larger. So Brad and Capt. Fil Spencer put the tape to it and submitted it as a water-body record. No kidding, look it up.

The storm clouds gathered and the group decided to call it quits. As they paddled downwind back to the launch Jeff Herman, one of the kayak anglers, caught up with Sgt Metcalf and apologized for the rather slow fishing. His response? "Shoot, you can't beat being out here on the water. It's a heck of a lot better than looking at four walls." And that my friends, is why we need to support this effort.

Brad and his good friend Ken Larson have formed the non-profit Kayak Anglers Society of America to facilitate their Heroes on the Water program. Through their organization they plan to take the program nationwide. You can help by donating your time and/or money to this very worthwhile endeavor. This is a 501(c)(3) organization and all donations are tax deductible. Please go to www.kayakanglerssa.org for more information or to contact Brad and Ken.

Prior to banging out this article I talked to Ken to see how things are progressing. As usual Brad talked ninety miles an hour with the enthusiasm of a man on a mission. They have now received initial approval to start up kayak fishing programs at four other military hospitals across the country. With many volunteers already lining up, wounded warriors recovering at Walter Reed, Darnall, Evans, and Womack will soon have the same opportunities to enjoy a great day on the water. As if that weren't enough, they are also working on a project to ship fishing gear and one hundred kayaks to Camp Victory in Iraq with plans to hold a kayak fishing tournament at one of Saddam's former palaces. And I have no doubt that they'll pull it off. Well done guys.

As an aside, I'd like to also direct your attention to the organization that inspired Brad in the beginning, the Warrior and Family Support Center at Fort Sam Houston in San Antonio (formerly known as the Soldier and Family Assistance Center). The WFSC began a little over three years ago when Judith Markelz saw a need for a place that recovering soldiers and their families could go to get away from the hospital environment. She started with a television, a few chairs and a desk within a small 1200 square foot room at the Powless Guesthouse located on the Ft Sam Houston base. She is now "Mom" to hundreds of wounded soldiers and has far outgrown the little room. In addition to caring for the soldiers' needs, the support center also provides an outlet for groups such as Brad's to connect with recovering soldiers and take them on outings.

A project is currently underway to build the Returning Heroes Home, a 12,000 square foot building on land set aside by the military. Mrs. Markelz stated, "Our dream is to have a new building to house a new support center where we can do a better job of providing care to the wounded and burned military personnel and their families." Doctors at Brooke Army Medical Center support the program as an important part of the recovery process. This building will be designed to provide a "living room" environment with a large social gathering area, dining room, and game room. In addition there are plans for private counseling rooms, a computer learning center, and a business center with internet access. Ground was broken on the project this past September with completion expected in the Fall of '08. These folks could really use your help and for a fifty dollar donation you can purchase a paver brick with your family name to be installed at the site. To get more information or to donate go to www.returningheroeshome.org.

Thanks for listening and may God bless our soldiers.