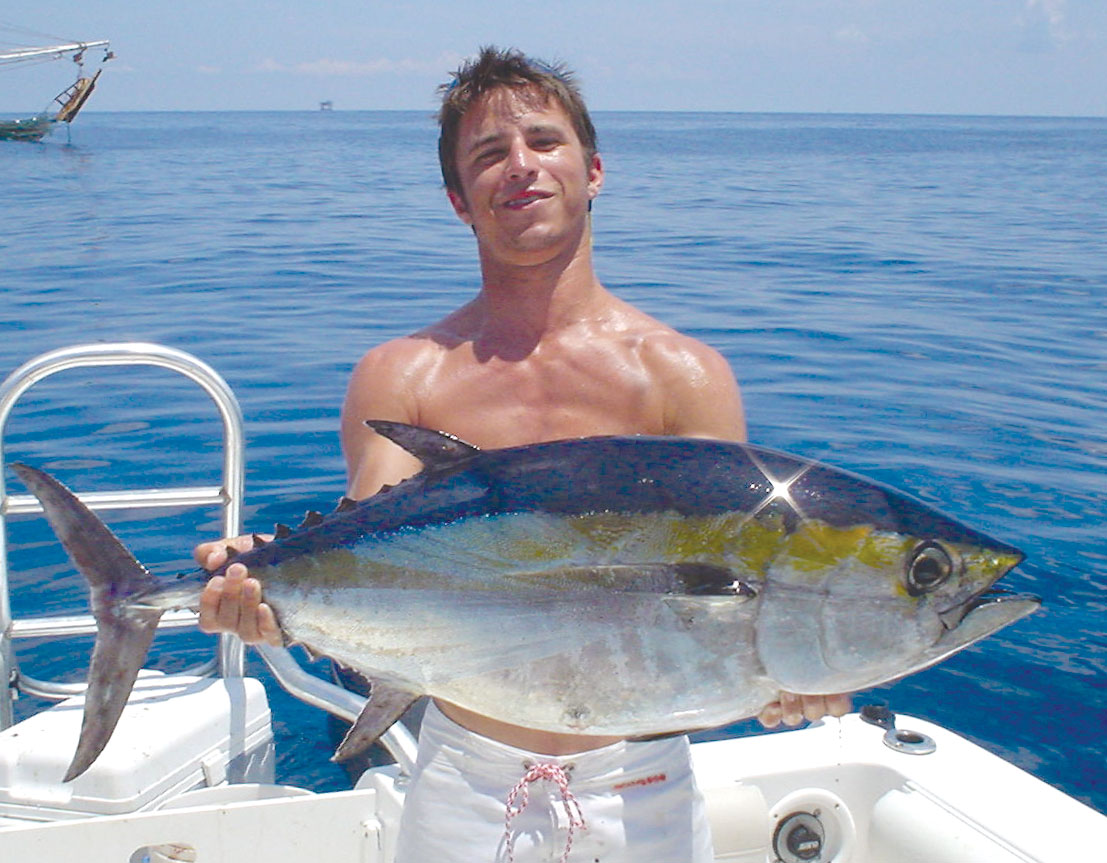 It seems that talking to lots of fishermen on a daily basis is part of my job. Conversations range from topics as simple as recent fishing reports to the more complex issues of how our fisheries have changed and the effects of strict management policies. Just about every day along the dock someone will bring up the subject of regulations, limits, days lost due to our ever-changing weather, etc, etc.

Discussions about fuel prices, smaller limits and closures, not to mention concerns over the number of days we'll get for red snapper seem to make many fishermen want to just throw in the towel and take up golf. One of the most common comments I hear among anglers is that it just isn't worth going out there anymore for only two fish.

While I certainly understand the frustration and share many of the sentiments, I have to take exception to the thought that low bag limits on a single species of snapper, would be a reason to simply abandon a lifelong passion.

While I do understand that their frustrations are a result of many factors that combine to look as if opportunity isn't equal to the overall expense; I take every one of these conversations as an opportunity to practice what I have always preached as a professional fisherman. That is the opportunity to teach.

As a young fishing guide I was once told by someone that had spent more days fishing than I had been alive - "There are lots of good fisherman and anybody can take someone fishing. But a good fishing guide has to do both as well as be a good teacher." I've never forgotten that and I do my very best to keep that in mind as I work with clients on the water.

As I grow older I realize that this isn't limited to the finer aspects on being a successful angler. I realize that the changes I have made in my business to stay successful throughout this ever changing fishery, may well be the best remedy for someone's loss of enthusiasm for our sport.

As our open seasons became shorter I began seeing these same concerns among my clients. They were asking more questions about fishing opportunity and what we could fish for at a given time of year. This made me rethink the way I was approaching a fishing trip outside of the red snapper season, and that I had come accustom to basing a lot of my trips on one fish. I may be growing older but I am far from a dinosaur and I was determined not to share their fate. It made me work to hone my skills on a few fish that I didn't regularly target.

This has all come full circle for me, to the guy standing on the dock concerned if it is worth continuing to spend the money it takes to fish offshore considering the limits on what he can bring home for dinner.

My answer to him is that as our fisheries change we have to change with them. Don't dwell on one species, there are so many more out there to take advantage of. If you like snapper fishing there are the vermillion snapper and gray snapper that can be targeted on a daily basis. Although they are not as easily caught as the Gulf red snapper, they are just as tasty and have liberal bag limits.

Kingfish are another species that is present year round, although they are in larger numbers and closer to shore in the summer - the bonus side of king mackerel being that they can be targeted year round with no seasonal closures.

Amberjack are open (season-wise) right now and even closer to shore than they will be by time most of us are looking for the red snapper opener. These fish may be limited to one per person, but their sheer size makes them a freezer filler. Not to mention that their brute strength and "fight all the way to the boat" reputation makes them a fan favorite.

Right now the wahoo have just moved in off the shelf and can be targeted as shallow at 140 feet or so. This is one fish that most fail to take advantage of, simply from lack of knowledge on their migration patterns and where to target them at any given time of the year.

Cobia are another great fish that we will see showing up within the next month. In the late summer we have dorado and sailfish joining the mix followed by the tuna behind the deepwater shrimp boats.

For the more adventurous anglers who are willing to travel a little further, we are sitting on a great swordfish fishery. Dropping baits on deepwater humps regularly yields multiple species of grouper, tilefish and barrelfish.

There are plenty fish to chase throughout the year so don't get discouraged. Take a day on the water as a challenge. Work on targeting something that you may have minimal experience at. Move out of that comfort zone and past the feeling that you need to target only what is easiest. Go just a little further, fish just a little deeper, think just outside that proverbial box we all hear bout.

I can guarantee that you will experience some failure along the way. You will feel a little regret in passing up something that you felt was a sure thing, to chase a fish that was a maybe. I can also guarantee that you will find some successes in places and times you never expected, and it will make you a better fisherman. It will make you that multi-species fisherman that really doesn't need one single fish to make his day a success. That fisherman equipped with a broad set of skills that would never get discouraged over a closed season on one species of snapper.

I have spent a lifetime tweaking my approach to our ever-changing fishery and have seen more than my fair share of failures along the way, but when I find that tactic that works and a plan that comes together it gives me just one more tool to add to my box of tricks. As I tell people all the time, I would like to claim that it was a result of superior skill and knowledge. Truth of the matter is that it was most likely just a long string of dumb luck. Luck or not I have learned that the western Gulf of Mexico is home to more species than many other areas of the world and I for one am not going to let a short season on one fish discourage me or alter my desire to take advantage of a world-class fishery.