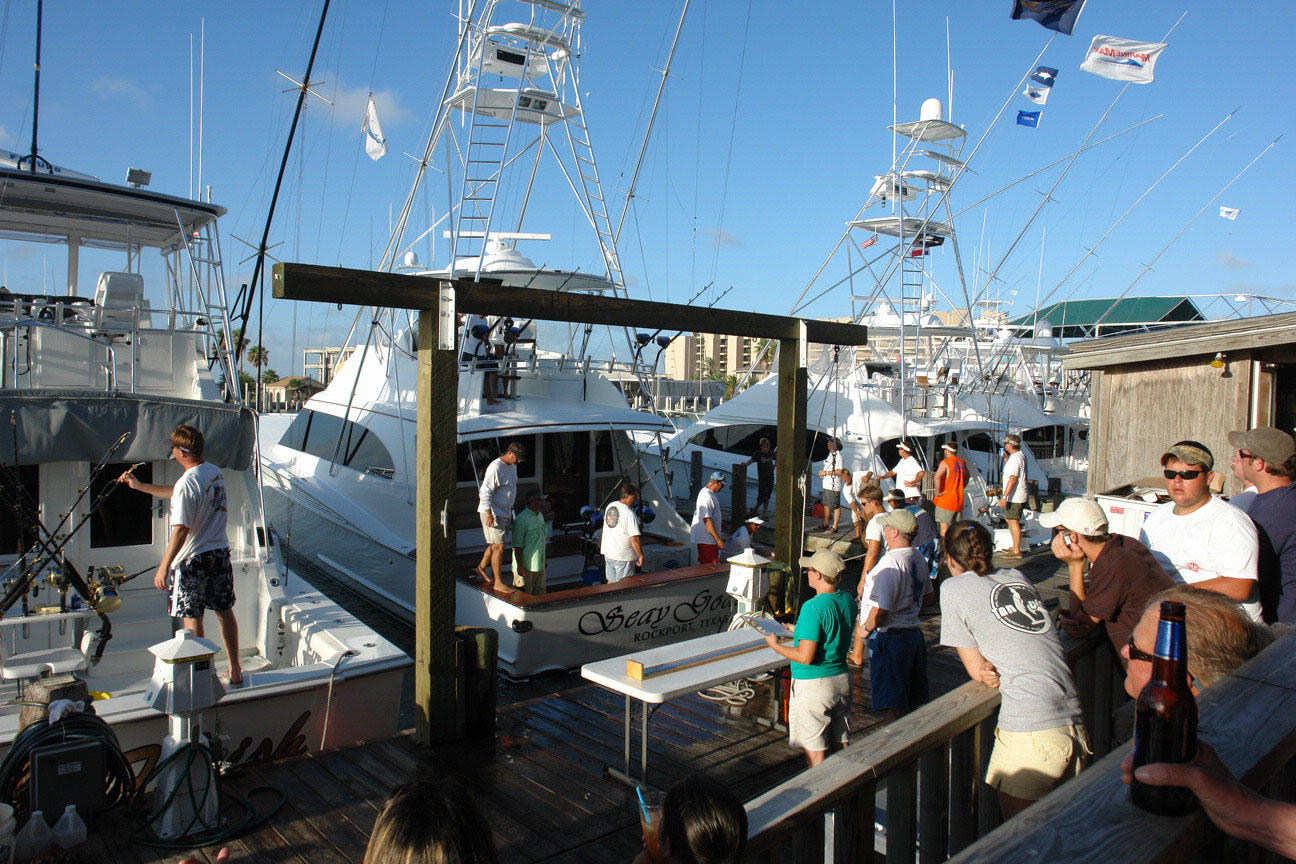 As of this writing the big game fishing in Texas has gotten off to a slow start. So far we've had plenty of rough weather, lots of rain and not a whole lot of fish. Yellowfin tuna have been pretty hard to come by. There are a good number of dolphin and wahoo; however the elusive blue marlin has been pretty elusive.

The weather did not bother Capt. Billy Evans and team on the Adelante who won the 3rd Annual Houston Invitational Billfish Tournament, put on by the Houston Big Game Fishing Club and held out of the Galveston Yacht Basin. Adelante owner Gaile Henry caught 2 blue marlin scoring 2000 points to win the event. A total of 21 boats caught 6 blue marlin and 1 sailfish. The winning yellowfin tuna was 58.1 lbs caught on the Cherry Rose. The winning wahoo was 64.5 lbs. caught on the Legacy and winning dolphin was a whopping 51.7 lbs caught aboard the Nacho Cabo. For more information about the Houston Big Game Fishing Club, go to www.hbgfc.com.

August is a great time of year for big game fishing in the Gulf of Mexico. As long as we don't have any tropical stuff around, the seas are usually flat and the wind calm for much of the month. It's probably the best opportunity for smaller boats to get out to deep water and try their luck with some big fish. With no wind it can get pretty hot out there, but the fishing can be even hotter.

We picked this time of year to hold the Texas Legends Billfish Tournament because of the stable weather. It is held just after the Texas International Fishing Tournament in South Padre and just before the Texas Women Anglers Tournament in Port Aransas. Tournament fishermen can stay plenty busy this month.

The Legends returns to Port Aransas where last year's event was a great success. We are very pleased to have Marinemax/Hatteras as our title sponsor again this year. Last year thirty-two boats caught and released a total of 20 blue marlin, 5 white marlin and 8 sailfish. In addition three swordfish were also caught. Our video release format assures all releases are authentic.

The Legends was created to honor the lives of Texans who have made a difference in Big Game Fishing. The tournament is also an I.G.F.A. Offshore World Championship qualifying event. The winning team will receive an invitation to the I.G.F.A. Offshore World Championship Tournament in Cabo San Lucas, Mexico. $50,000 in prize money goes to the boat that breaks the Texas State Record for blue marlin during the tournament. $15,000 in prize money also goes to the boat breaking the Texas State Record for yellowfin tuna during the tournament. The Port Aransas weigh-in and awards allows fishermen easy access to the nearby rocks and rigs that this area is famous for. The tournament has grown every year and this year should be no exception. The Legends also hosts the Texas Saltwater Fishing Hall of Fame Big Game Awards. Inductees are awarded at the Memorial Dinner, after weigh-in on Saturday night. For more information or to receive a full color brochure on the Texas Legends Billfish Tournament, you may contact tournament headquarters at Tops-N-Towers, 281-474-4000.

We didn't know Capt. Bill Hart as well as a lot of people did, but we can tell you that he was one of the most respected captains to ever fish our waters. When the fishing was tough and no one was having much luck, Capt. Bill would pull one out of his magical hat. The fact that he won more tournaments than just about anybody else was one thing, but his legacy goes a lot further, he taught many of us how to fish. He was always friendly, even to guys from up the coast that he barely knew. When someone asked him about fishing he was glad to help them out. Capt. Bill was a true fisherman, equally at home behind the wheel of a million dollar sportfisherman or in an old johnboat catching redfish. Many of us have fond memories of Capt. Bill and his thick raspy voice on the radio. This year we had to say goodbye to an old friend.

Capt. Bill Hart grew up fishing the coastal bays and surf near Port Aransas, TX. His naval experience in World War II allowed him to get his captain license and he began commercial fishing. In 1968, he started charter fishing, first on his own boat then operating private boats for wealthy owners. He traveled around the Gulf of Mexico and Caribbean fishing many areas with great success. Soon, Capt. Bill was well known as he followed his "tournament trail". His unmistakable hoarse cry "hooked-up!" was recognized from the Bahamas to Belize. Capt. Bill was one of the most successful captains around, winning countless tournaments including two first place wins at the Poco Bueno Invitational - the most expensive tournament in Texas and for many years the most high-priced tournament in the nation. Many of the captains and mates running boats today learned how to fish from Capt. Bill.

This year we have decided to honor the legacy of Captain Bill Hart at the Texas Legends Billfish Tournament. The Top Captain Award will now be known as the Capt. Bill Hart Memorial Trophy. We consider it a privilege to have known Capt. Bill and we feel fortunate to be able to honor him in this way. We hope you will join us for this year's tournament in Port Aransas, August 9-12th, as we honor old friends, catch some great fish and celebrate our big game fishing heritage. For more information please go to www.txlegends.com.