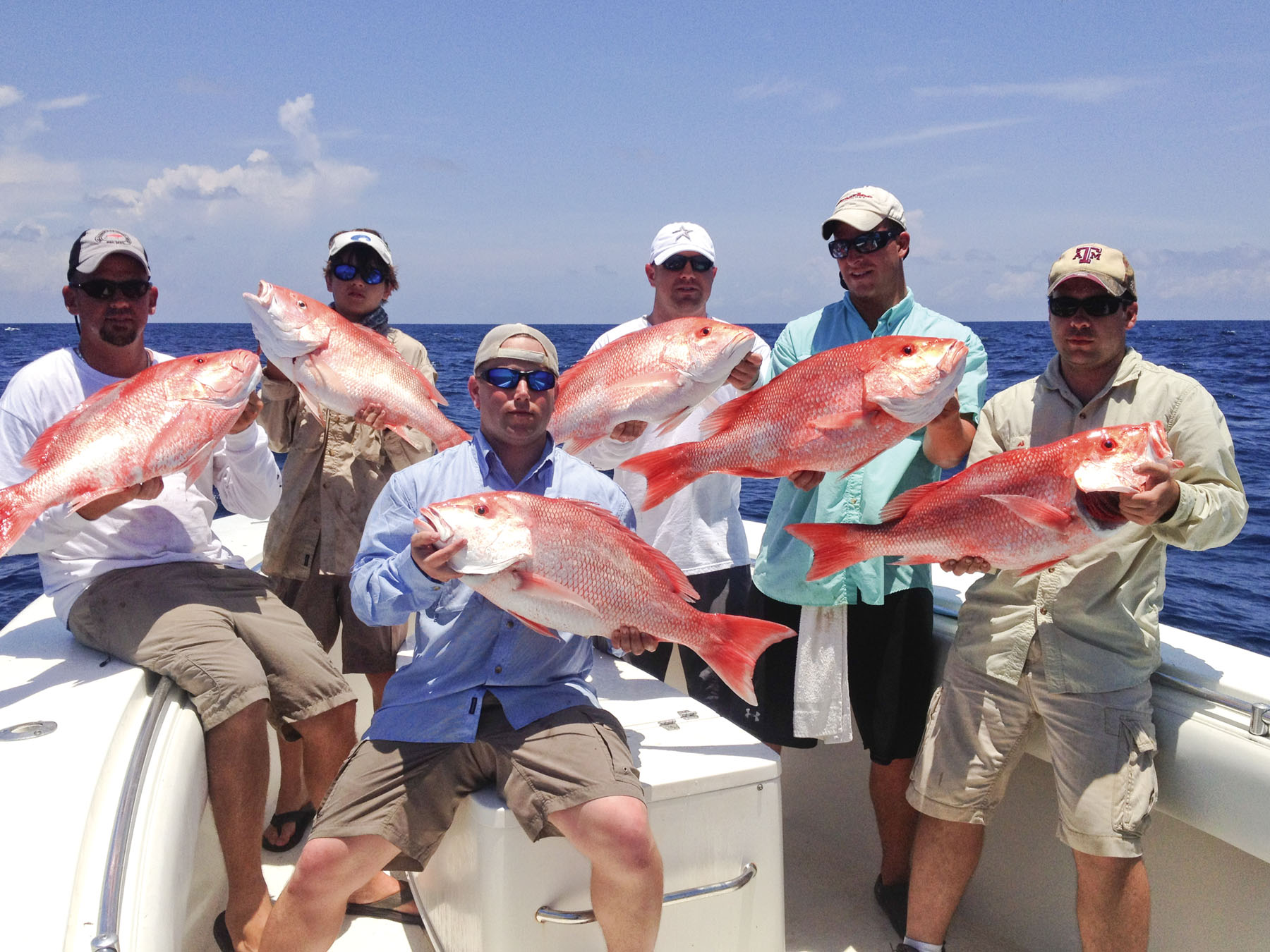 Today's offshore fishing seems to be more about closed seasons and federal mismanagement than it is about enjoying our great resources. Gulf anglers are not only frustrated with the federal management of our fisheries; they are downright angry and have every right to be. The federal management of our fisheries is failing not only the fisherman but is also failing the health of the fishery.
This year's red snapper season was originally projected to be somewhere around 27 days however the feds are now basing it on the premise that recreational angler's somehow overfished red snapper yet again during the 2012 season that lasted less than two months.

All of this is in light of growing scientific and anecdotal evidence that the red snapper population has rebounded in a manner well beyond what was expected just a few short years ago. It has also been documented that they now inhabit places which they have never been known to be found in the past. These fish are basically more abundant and reaching an average size that has never been seen before, yet our seasons grow shorter by the year.

Add to these frustrations, the fact that all these management decisions are made with outdated stock assessments, (official fish counts), no accurate way of knowing how many fish are actually landed, no real-world assessment of how many people are fishing for red snapper, and a multitude of computer models that all seem dubious at best. This lends one to wonder if the Federal management of our fisheries has failed us. Yet one doesn't have to contemplate the issue for long to understand that this fiasco is a miserable failure for all involved.

Even members of congress have taken notice. Congressman Jo Bonner recently wrote in a letter concerning red snapper, "Red snapper has been described as the crown jewel of the Gulf fishing industry from Texas to the Big Bend of Florida. Unfortunately, the government has been overzealous in managing red snapper fishing to the point of effectively shutting it down."

When speaking about the Gulf red snapper, I often refer to them as the signature fish of the Gulf, and that is exactly what they are. As a charter boat captain I get calls daily from people wanting to know when they can fish for red snapper, usually the first question asked. Snapper are by far the single most popular fish that people enjoy catching.

On top of all the recent federal failures in the management of our Gulf fisheries, we now face yet another challenge here in the Great State of Texas, this one as the result of an emergency rule that will restrict even further our ability to fish for snapper.

Texas, unlike the other four Gulf States, has always maintained a year-round red snapper fishing opportunity within state boundary waters. The state water boundary is set at three leagues, (nine nautical miles) from shore. This year-round season has long been a source of heartburn so to speak, not only with the National Marine Fisheries Service, but also with Gulf Council representatives of other states that have structured their red snapper season in line with the federal closures.

The basic idea behind this year-round open season, as far as I see it, is that those nine miles and the fish within belong to the citizens of Texas. TPWD has felt that our landings within that boundary are minimal in the bigger picture and the fishery is healthy enough to withstand the current level of harvest. Even the National Marine Fisheries Service's data shows our state water landing impact to be minimal at best.

Texas' total landings for an entire year, including the federal snapper season, is now projected to be as low as 10% of total Gulf landings. Another way of looking at it is that our state water landings, in the context of a federal season, are equal to about one day of fishing Gulf wide. Basically, if we closed state waters in compliance with the federal requirements, the entire Gulf of Mexico would see one more day of fishing at best. Those stats are based on NMFS own numbers. How's that for minimal impact on a fishery? Taking all that into consideration as well as our state's stellar track record on managing wildlife and fisheries, it's hard to mount much of an argument for a closure on red snapper in our state waters.

In the recent past the Gulf council has taken measures to restrict recreational angler's access to even our state water fishery by passing a rule that all federally permitted charter boats must follow the more restrictive federal season, no matter where and when they fish. Thus, the federal permit requirement on all charter boats is another way to deny a large portion of the fishermen access to fishing in their own state. Now the latest move by Federal managers, even more restrictive than the charter boat permit debacle, is the recent emergency rule passed by the Gulf Council. This rule gives the National Marine Fisheries Service Southeast Regional Administrator the ability to shorten the season off the coast of any state that establishes a season that is less restrictive than the federal season, and reduces that state's federal season in an amount to account for its state water landings. So what this all boils down to is that Texas recreational anglers are looking at a federal red snapper season that will likely last only eleven days.

Carter Smith, TPWD's executive director, was recently quoted in a TPWD media release, "This recommendation is clearly directed at Texas and it strikes me as more punitive and political, rather than biological, because state regulations in Texas waters have not mirrored those set by the Gulf Council in recent years."

When you consider that Texas landings can barely account for a single day of fishing Gulf-wide, added to the fact that this emergency rule will cut our projected season by two thirds, it's hard to see it any other way.

This year is going to be a challenging one for all offshore fishermen and as much as we may distrust the federal managers, it still doesn't take away the fact that we are sitting on a world class fishery. Every day I break that jetty this year I will be wearing a smile. I will be reminding myself that we are still going to bring home plenty for the freezer. The failures in the management of one fishery will just make me chase another and I will take comfort in the thought that this fishery has rebounded to a point where the mismanagement can no longer be overlooked or that major changes can no longer be passed off as undermining its rebuilding.