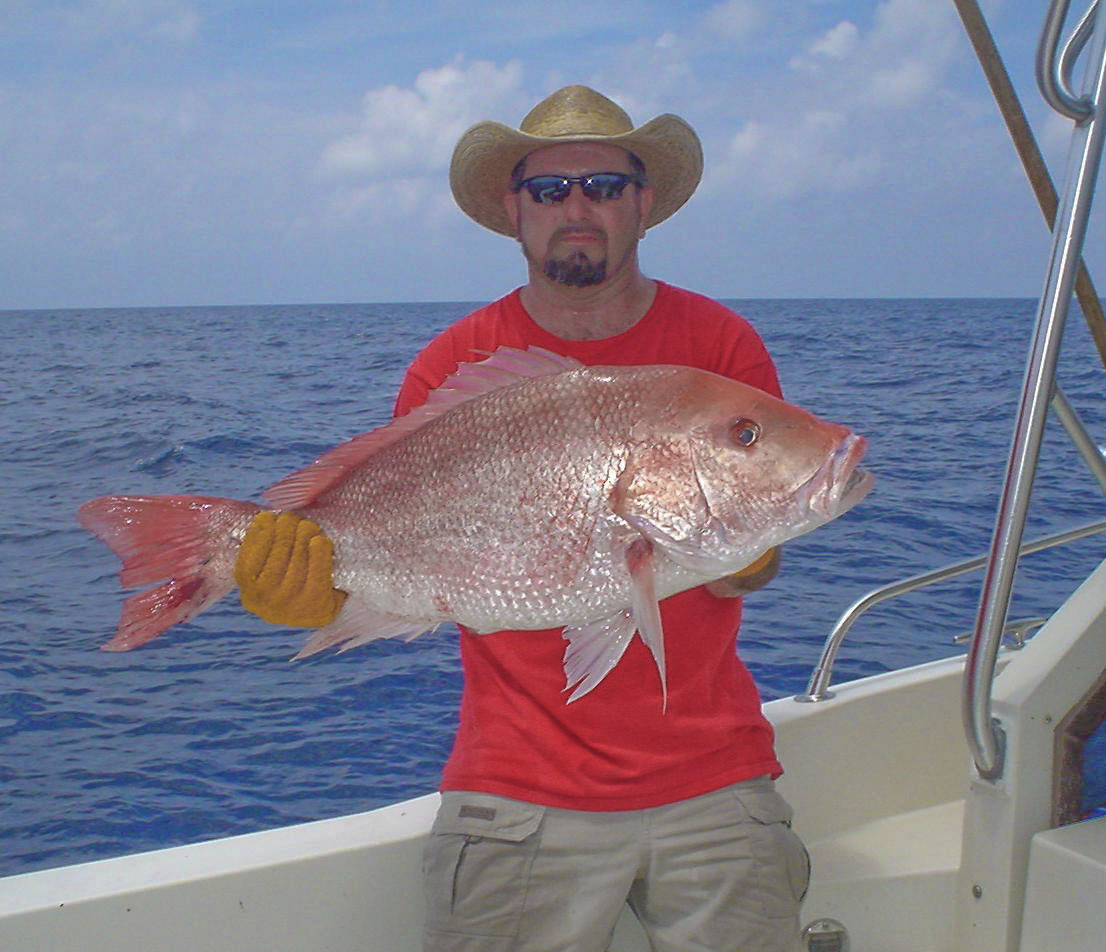 With the shortest-ever red snapper season upon us and weather patterns (wind) that have produced an uncommon number of unfishable days already this year - I can't help but wonder how many days any of us will actually get to fish for red snapper. The season is scheduled to open on June 1 but runs only forty-eight days, with July 18 being our last day to fish for them in federal waters. Most avid offshore fisherman view this as an atrocity, especially in light of the huge increase in the number of fish we are seeing every time we wet a line. The overall feeling among most people I talk to has risen to the point of anger and mistrust of the whole management process that governs our Gulf red snapper fishery.

Seems I spend a lot of time of late writing about fisheries issues and talking about the latest decisions made by our management council. Even at the dock, or when I run into someone in passing, the questions will always turn to fisheries and the frustration that we all feel in the way things are going with our seasons and bag limits. I suppose that I brought this upon myself when I chose to get involved in the process and I have learned some hard lessons along the way.

Most often the topic turns to red snapper and how the anecdotal information shows that the fishing is better than it has been in many years. I personally see this myself and with the numbers of fish that we are seeing it only makes sense to the average fisherman that our seasons should be getting longer. Unfortunately, one of the first lessons I learned was that what you and I see on the water has absolutely no bearing on how our fishery is managed, which leads to our frustrations and the inevitable feelings of mistrust when it comes to our federal management agencies.

Although the most recent red snapper assessment update declared that overfishing ended in 2009, and therefore, the total allowable catch (our quota) could be increased from the existing 6.945 million pounds to 7.185 million pounds, we received a shorter season. Even with this slight increase in the 2011 quota we lost days of fishing, six days off of last year's already short season to be exact. The 48-day season is the shortest season to date since the Gulf of Mexico Fishery Management Council chose to begin the season on June 1, and is, in part, the result of the increasing size of the fish being landed. Since 2007 the data shows that there has been a 17.4 percent increase in the size of the fish being landed. Basically to put it as simply as possible, the data shows that the size of the fish being landed is increasing faster than the overall fishery is recovering thus increasing faster than our yearly quota, leaving many to just down right discount the validity of the data itself.

Our Snapper fishery is managed using an array of information; stock assessments, dockside surveys, extrapolated numbers and, what seems to most of us as just downright finger-in-the-wind guesswork. All of this information is fed into a formula that ultimately determines our season based on a quota set in pounds.
I for one have learned that accurate landings data is indeed one thing that the National Marine Fisheries Service is definitely lacking, and they will admit, to a point, that it needs to be improved. The problem is how we do this?

I use the word WE because it only makes sense that if better landings data is to be had , WE will have to be involved. WE have to come to grips with the premise that taking an active role in the management process is not only good for the fishery, it is also good for us. Providing accurate landing information is going to be essential in showing the National Marine Fisheries Service what you and I are seeing on the water and helping to improve the data that is currently not working to our advantage.

There may just be some improvements in the near future. There are a couple of programs in the works to provide this much-needed information. Just this fall, NOAA implemented a one year pilot program that involves over 300 charter boats. This pilot requires that the chosen boats use an electronic logbook system in the attempt to establish workability for a viable data collection system for the charter boat industry as a whole.

One of my boats is set to begin collecting data on June 1 in a program called "ISnapper." This program was designed to work on either IPhone or IPad . The Harte Research Institute for Gulf of Mexico Studies at Texas A&M University Corpus Christi designed the application. This experimental program, if successful, could be configured for just about any cell phone with internet access. The program is voluntary and for now is targeted at recreational charter boats from Port Aransas, Texas to Destin, Florida. A simple cell phone app holds the potential to open up all sorts of possibilities for better data collection in the future.

We have a very healthy red snapper fishery in the western Gulf and it frustrates all of us to see our seasons reduced to what they are today. With that said, I believe we can all see (no Ph.D. required) that we cannot manage a fishery if we really do not know how many fish are being removed from it. It is up to us to decide just how involved we are willing to be in the process. I for one have such a passion for this fishery that five minutes out of my day to provide a little accurate information is a small price to pay for the privilege of taking part in a fishery that I hold so dear. In part, a better management system may rest in our willingness to get involved and I can only hope that if faced with the decision, we all can find the time.