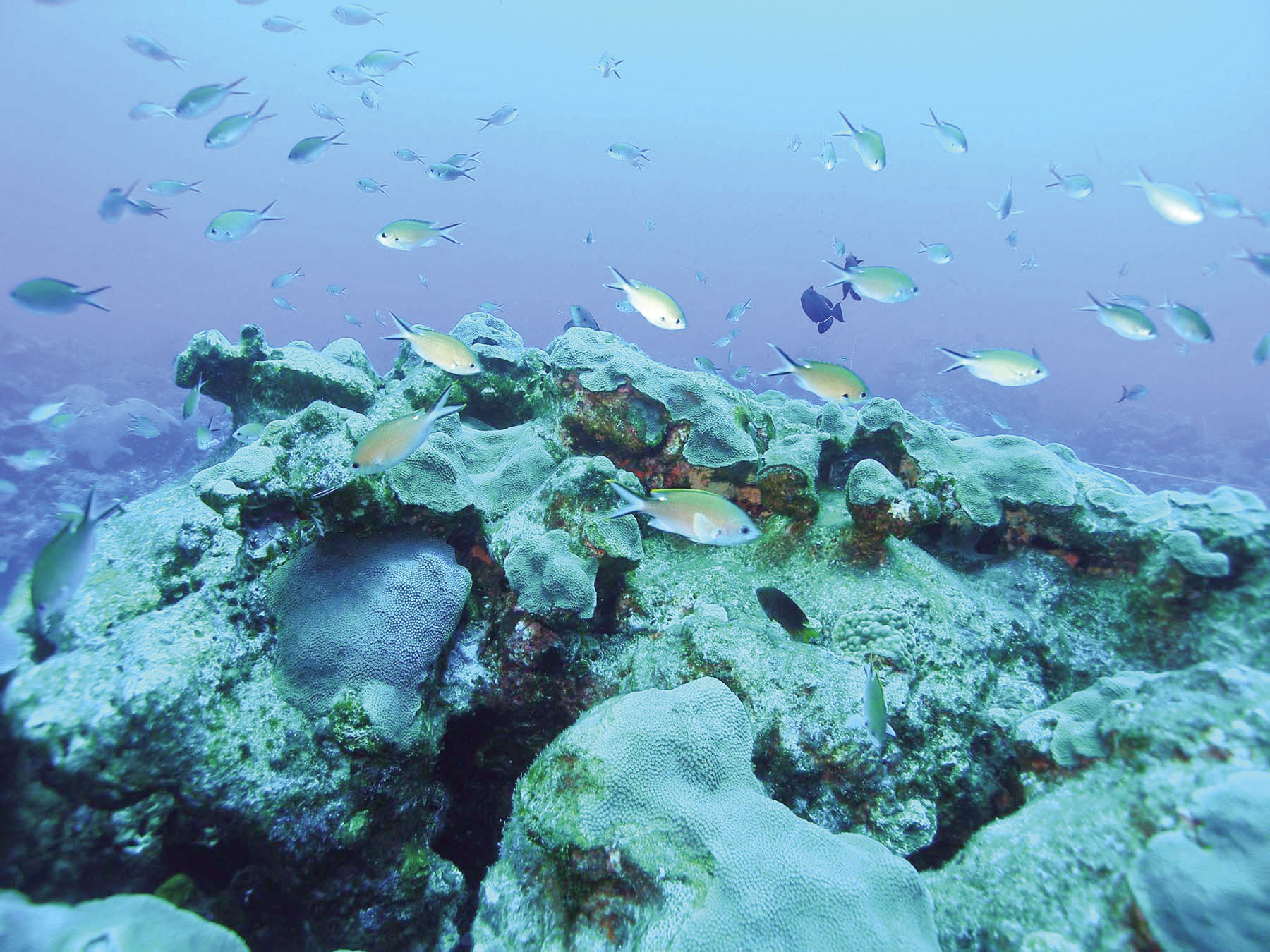 From the earliest recollection of my interest in Gulf offshore fishing I remember the older fisherman that I admired and attempted to emulate, talking of a place called the Flower Gardens. I listened to their tales of the abundance and size of the fish it held. They talked of it being over 100 miles from shore and the two or three day trips to fish the area. At that time it was all but a pipe dream for me to think that I would ever get to see it. With today's equipment we quickly lose perspective and many of us forget the day when 40 miles was going way out there. Now I run twice that on a daily basis, certain times of the year. Mind you I'm really not that old but this was also well before the modern 4-stroke outboard and boats that cruised in excess of 40 knots. The ability to make that kind of trip was just outside my means. None the less, the stories piqued my interest. When I finally got the opportunity to make the trip I jumped at it. I was in my late-20s and as with anything that we see as a milestone, my memories are vivid and will stick with me for life. The trip was in January and one of the best wahoo bites I ever witnessed.

That one trip sparked my love for the Banks and made me want to learn more about them. This set me on a path that would ultimately land me the honor of being appointed to a seat on the Flower Garden Banks Advisory Council with the Office of National Marine Sanctuaries. The purpose of the council is to bring together a diverse group of individuals with expertise in varying fields of interest in the Flower Garden Banks. The group ranges from recreational users to industry interests, researchers and conservation groups to name a few. The council serves as a source of advice to the sanctuary manager regarding the management of Flower Garden Banks National Marine Sanctuary.

From a recreational fishing standpoint, as we move into the fall of the year and these small weather windows between the cold fronts, many avid offshore fishermen start to think of the Flower Garden Banks and its incredible wintertime fishery. These pristine coral banks are located between about 75 to 100 miles offshore of Galveston and offer a long-range fishing destination that few really ever get the opportunity to experience. I am often surprised at just how few people even know that they exist just off our coast.

The Flower Garden Banks are basically comprised of three large natural coral areas, East Flower Gardens, West Flower Gardens and Stetson Bank. These three banks make us a sanctuary that is one of only fourteen areas in the US protected by the US Office of National Marine Sanctuaries. These banks are home to hundreds of fish species and some that are extremely rare and native only to our local area.

The Flower Gardens were said to have been first discovered by commercial fisherman in the late 1800s but the first recorded discovery didn't happen until the late 1930s and because they rise to a depth of about 60 feet , the brightly colored corals and sponges can often be seen from the surface, lending to it being named the Flower Gardens.

It wasn't until the 1960s that scientists and government agencies began to really take a hard look at the geology and ecosystems associated with the banks. Many marine researchers, recreational divers and fisherman, began to see the significance of the Gardens and the need for protecting such a rarity with the passage of the Marine Research and Sanctuaries Act in 1972 and naturally, much discussion took place on having the Banks designated as a Marine Sanctuary.

The Houston Underwater Club, a recreational divers group, is credited with the work and major push that was successful in getting the Flower Gardens nominated as a marine sanctuary in the late 1970s . Several issues delayed the process but in 1992 president George H. Bush signed the document making the Flower Garden Banks the tenth National Marine Sanctuary.

This designation afforded the Banks a level of protection that would help to preserve them to what we know today as one of the healthiest coral areas in the world. Among some of the restrictions are anchoring within the sanctuary boundaries, and taking or harming any sanctuary resources such as coral, plants or rock. The designation offered added protection to marine mammals, rays and whale sharks that frequent the Banks, often coming into contact with fisherman and divers.
The designation as a marine sanctuary also affected fishing activities within the boundaries, basically prohibiting any fishing other than with conventional hook and line gear, and thus removing the possible impact of commercial bandit, long-line fishing, nets and trawls. The regulations even went so far as to prohibit the use of spear guns.

This designation as a sanctuary was just the beginning. Since then it has definitely been and continues to be a work in progress. The research and conservation efforts are never ending. Concerns with oil spill impacts, water quality and coral health present constant challenges. The newest threats are from invasive species such as lion fish threatening the native fish populations. All of these issues offer unique challenges to not only the Advisory Council but also to the sanctuary managers, and especially in light of today's economy and governmental budget cuts.

Each and every one of us that are users of our natural marine resources and especially those of us that are consumptive users (fishermen), owe it not only to ourselves but to generations to come to take a proactive approach at preserving places like the Flower Garden Banks. If these pristine natural coral banks mean half as much to you as they do to me, take a look at the Sanctuary website at www.flowergarden.noaa.gov and look into not only how you could help, but how this group of dedicated individuals are working for you.