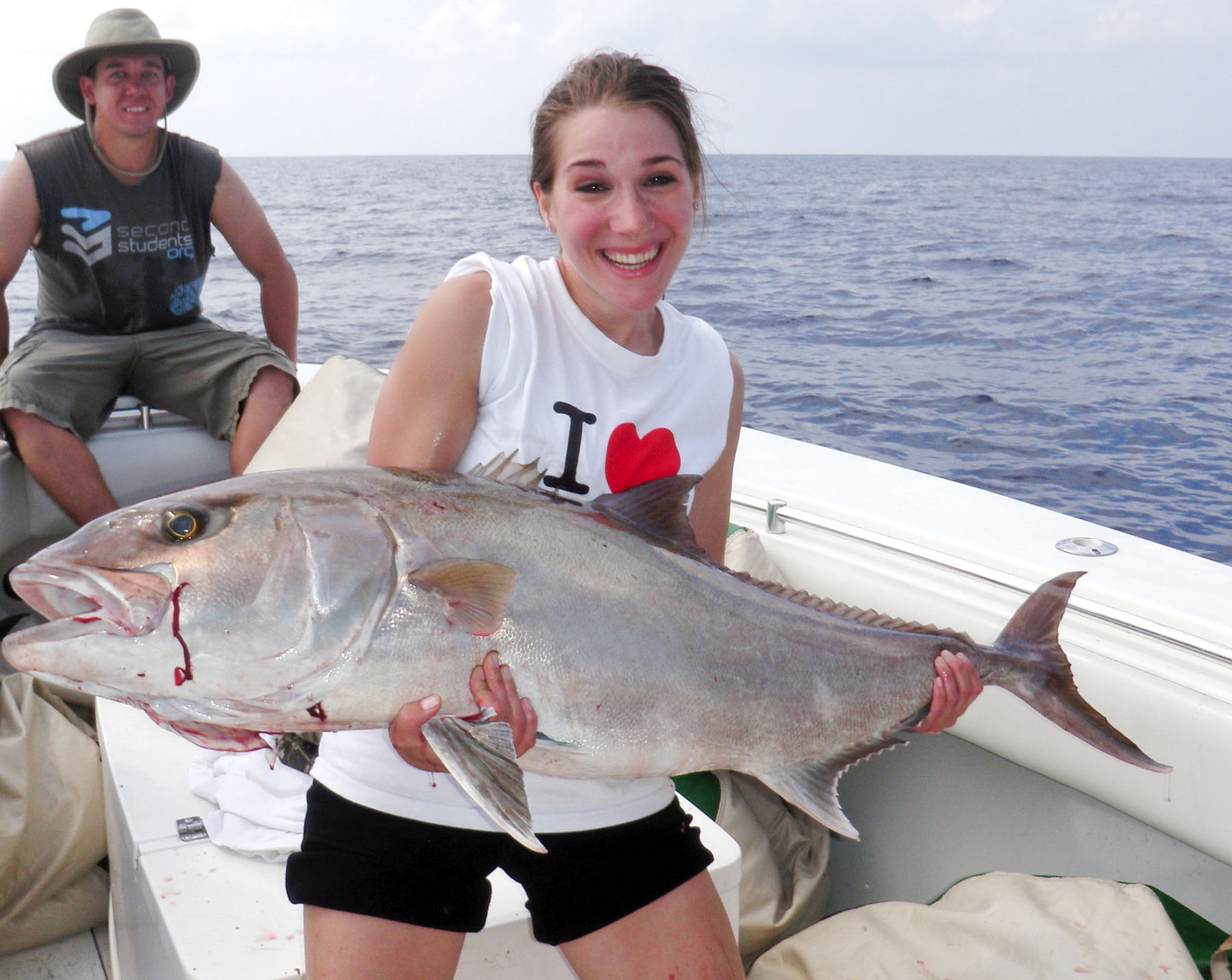 Early this June as I was running out a group of customers for a day of chasing red snapper and kingfish. I was making a whopping 15 knots, riding tall swells in a boat that is designed to cruise at about 30. It was one of those days, not that it would be truly dangerous by any means, but we were just a few minutes into a day that was going to see us earn every fish no gimmes today; with plenty of sore leg and arm muscles tomorrow from the continuous effort to steady ourselves as the decks pitched and rolled on the waves.

On days like this the conversation among the crew aboard usually sounds like a Roy D. Mercer prank telephone skit that ends with, "Just how tough an ole boy are ya anyway?" As all the anxious questions died down and everybody settled in for a longer than normal boat ride, I began to think about our current situation and asked myself - Just exactly what in the world are we doing out here?

Now you may think I'm talking about fishing on a rough day, but that's really not it at all, at least not the entire issue. The thing that was going through my mind is how we have been squeezed into these short seasons. Seasons that make us fish on days when we would normally be happier to drink coffee at the dock and watch the boats go by. These seasons are often referred to as a "derby" fishery kind of like a race get all you can while you can. We now have derby seasons on red snapper, gag grouper, greater amberjack, and even triggerfish. To top it off almost none of these run concurrently.

From my point of view, when making a decision whether to fish or not depending on the weather my foremost consideration has to be the safety of the people aboard my boat. Once I feel we can safely go, I explain the effects of rough water on the fishing. I do my best to be blunt and honest about what to expect out of the day and how it will take away from our ability to be as successful as I would like. The most interesting thing is that people will usually just look at you and say, "Let's go for it."

So what is it that will make fishermen take a beating for a few red snapper or gag grouper? Well, you may think it's because people are just plain crazy about fishing and they'll go any day the captain will take them. You may also think that it's because folks just love fresh snapper and grouper fillets on a dinner plate. But the truth of the matter is, and sadly, something I hear all too often - "The season will be over if we have to reschedule."

All of those are typical thoughts and answers, but not a one of them is the correct one in my opinion. The correct answer to this dilemma we find ourselves in is that we are fishing days we normally wouldn't because of the National Marine Fisheries Service's absolute failure to manage a fishery in a way that not only benefits the fish, but also benefits the angler. And that sports fans, is the root of the reason we make decisions to venture offshore in tough wind to chase a fish that is off-limits all but a few days each year.

Considering that mismanagement has consequences; one of the things that has stuck in my head over the last couple of years is hearing the Southeast Regional Director for the National Marine Fisheries Service state publicly, "Under the current management system I don't see any way that you will ever see a six month season again."
That one statement makes me wonder why this fishery is still being managed in the same fashion that has failed us for more than twenty years. If top individuals involved in managing our fisheries can see the problem, then why is it not getting any better?

Therein lies the $1,000,000 question. Especially when you take into account the many options available to the managers; i.e. fish tags, slot limits, no size limit but with requirement to keep only the first few caught, and possibly even a full catch share fishery that could be publicly traded. The options and schemes could go on forever. All of these have their supporters and their detractors. Some have merit while others would be virtually impossible to implement. It also never ceases to amaze me just how divided people can become over some of these issues.

Now comes the newest approach by the Gulf of Mexico Fisheries Management Council; Gulf Council for short. It's being called Regional Management; wherein the individual states would have limited control in setting seasons and bag limits on federally managed fisheries. This very option is being actively debated among managers at the moment. When one thinks of states controlling their individual seasons, versus federal agency control, it all sounds great on the surface. To most, myself included, the initial reaction is to let the states do it; they can surely do a better job. But as reality sets in it begins to beg a serious question. Can they do a credible job of it or is this just another stall tactic cooked up during a couple of secret backroom meetings?

The major problem with this "state control" approach is that the National Marine Fisheries Service still holds all the cards. They still control the amount of fish that can be caught. Another is that if one state or region abuses the system and severely over-fishes the resource (in NMFS's opinion), it will cost everyone alike in all regions or states in the number of fishing days, regardless where you fish.

Under this approach Texas would be a region all its own. As a region we could do everything right and stay within our allocation, and still lose days because Alabama or Florida over-fished theirs. Regional Management as it is currently being debated seems to absolutely disregard the cries from fishermen for a better system of collecting fisheries data. Basically, when you dig a little deeper into the issue, all it really does is shift the bearer of bad news from the feds to the state or region, while changing absolutely nothing in the grand scheme of how our fishery is managed.

That doesn't sound like much of a fix to me. As a matter of fact, it sounds more like a larger mess that would help shift focus away from achieving any real progress. In short all I see it doing is setting up a system for passing the buck rather than making the necessary hard decisions that would actually benefit the fisherman.

How would it do that you ask? Well, look at it this way. With Regional Management in place, the National Marine Fisheries Service could simply duck their responsibility by pointing fingers at the regions as the problem. The individual regions could and probably would blame each other. No doubt some would immediately point fingers at Texas for holding a year-round state-water red snapper season. Others may point toward Alabama and Florida for overfishing to the tune of a million pounds a year. I have a feeling the Gulf Council would find reasons to point fingers at each other in ways we can't even imagine yet.

The fact that Regional Management does nothing to make any truly beneficial change to the way our fisheries are managed, along with the fact that the current management system has failed the fishermen for decades, lends to my being skeptical of the whole approach. All the while, the Gulf Council can spend yet another year ducking hard decisions and wrangling for reappointment to their seats at the table.

As for you and me, the fishermen, we will just keep pounding out those smooth days offshore and rough ones alike, in pursuit of our favorite fish during ridiculously short derby seasons.