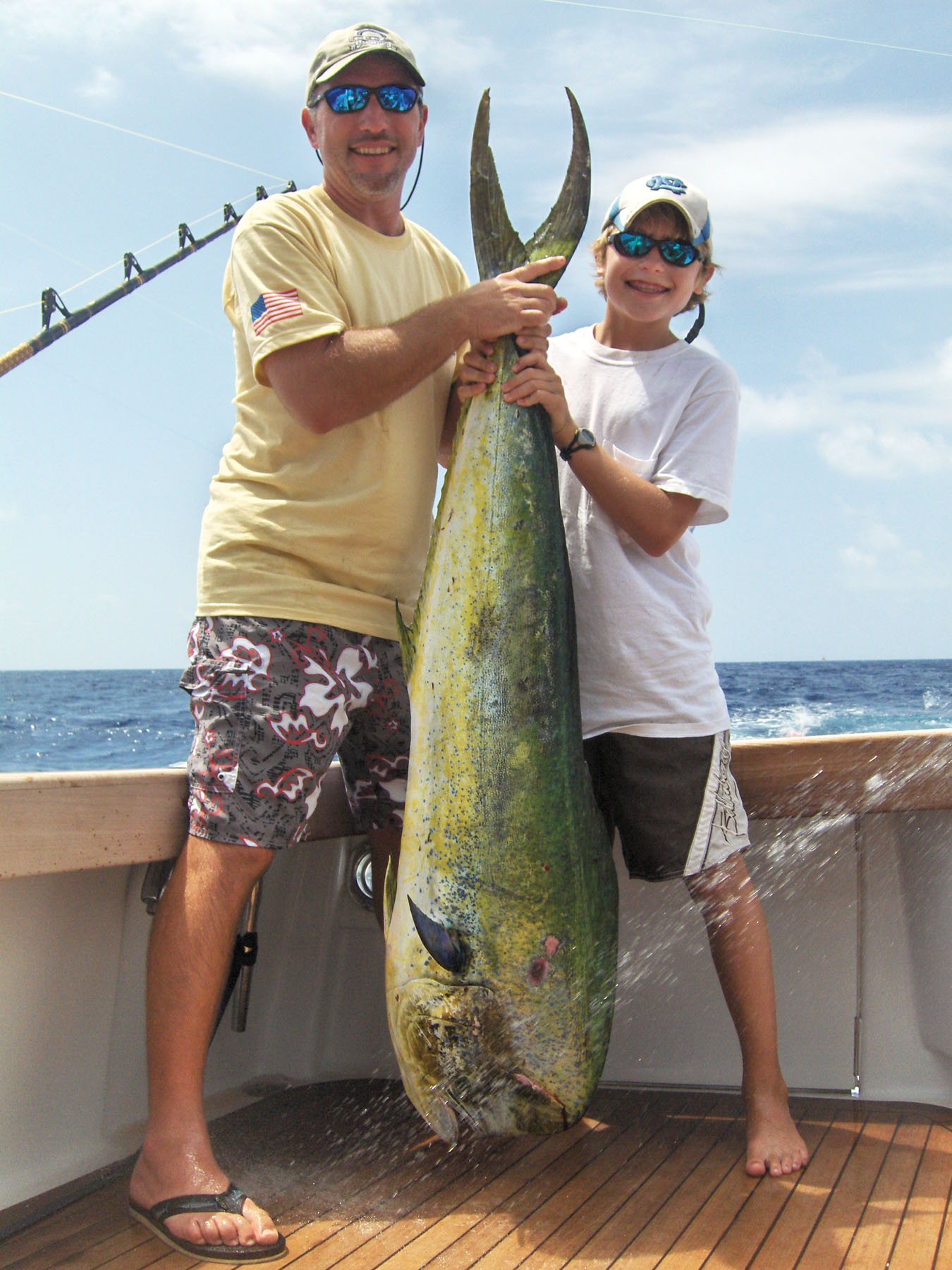 It had been a long day and we were heading in. Our captain decided to troll a spot where he had heard some nice fish had been caught a few days before. We trolled several passes and were about to give up.

"Fish on; right long," I heard the captain yell.

I jumped into the fighting chair and my dad quickly grabbed the rod and placed it in the rod holder in front of me. After a long and slow day of fishing one had finally taken the bait. The excitement that rolled down my spine made me speechless.

I took the rod and started reeling and tugging as hard as I could. I started wondering what was on the other end of the line. I heard my dad cheering me on from behind the fighting chair the whole time. Sometimes during the fight the fish would be too hard to reel in.

"Oh, there it is!" The gigantic body of the fish flopped out of the water and into the air. "It's a bull mahi!"

I thought about what it would be like to catch a big bull dorado all day before that. I said, "Man, I just want to catch a bull mahi-mahi, then I'll be done." That thought made me extremely happy. I've never caught a bull dorado so I couldn't lose this one.

In my mind, the thought of the line breaking made me shiver. If it did, I might have even started to cry. All of the sudden, I saw a glimmer of light in the water.

"Here it is!" the deckhand yelled. He stuck the point of the gaff into the head of the mahi-mahi, and heaved it onto the deck. It gleamed green and yellow as the rays of the sun smacked its five foot body. Only then did I realize how big it was. The fish's head was enormous and seemed to make up half of its weight.

My dad said, "I've never even caught a fish that big, that's got to be at least a forty pounder."

It's hard to even try to explain how proud I was, let alone how proud my dad was for me. They could barely fit it into the ice chest. They slammed the door over it and took a sigh of relief. My dad smiled at me and said, "Nice fish."

At that moment, it seemed like I had just climbed Mt. Everest. From this experience, I've learned that family is important because they're always there to cheer you on and they won't put you down. My dad is the best because he does everything with me.