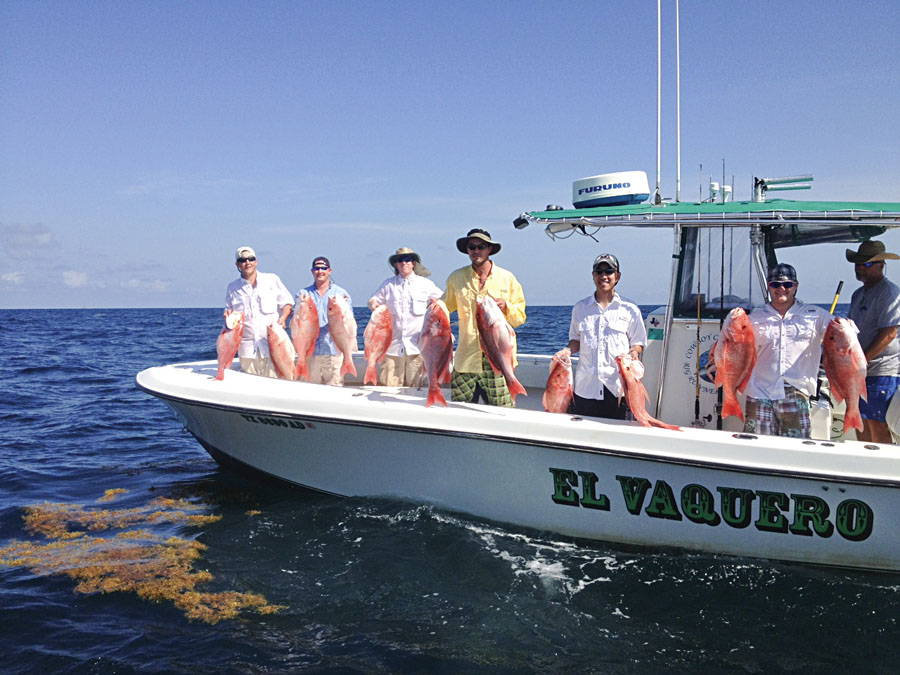 This fishing year has been a whirlwind of late-arriving cold fronts, dirty water, unseasonal wind patterns, strong currents, and last minute season changes. Everything that the avid offshore angler has had to deal with has made for a tough season thus far. Now don't get me wrong, there have been some of those magical days mixed in but, the challenges have been many. July was probably the most challenging considering that we were unable to keep red snapper and greater amberjack for the entire month. Our saving grace was the start of the long-awaited Gulf shrimping season in mid-July that brought with it the blackfin tuna and cobia.

Much of this season has seen many of us scratching our heads in the morning trying to put together a game plan that includes something other than kingfish. I personally raised the bar on vermillion and gray snapper and I spent more time targeting near-shore bull redfish and sharks than I ever have in the middle of the summer.

August brought back the amberjack and better weather that allowed us to make the longer runs necessary to chase them. This reopening of the amberjack season along with more seasonal weather restored some desperately-needed normalcy to our daily routine. Being able to predict conditions and having target species back on the program will make any fishing trip more successful, as well as more enjoyable for everyone on the boat.

As we continue to work our way through the rest of summer I personally enjoy the more stable weather and calmer seas that September brings. Right now, over the next sixty or so days, is absolutely the most enjoyable time of year for me. Everything we have waited for is here. All of the migratory species are here and will stay with us until the first real cold fronts begin to drop our water temperatures.

The fishing pressure on some of the more popular spots is much lower in September and these areas will begin to become more predictable. I begin to see increasingly fewer boats, to the point that I sometimes wonder if I'm the only person on the water. The days are starting to get a little shorter and the mid-day temperatures aren't as brutal as they were just a month ago. About the only thing missing is the ability to enjoy the red snapper fishery that we have sacrificed so much to aid in recovery.

Well not so fast! Just so happens, that in a few short weeks we will be able to do just that. Back in June the Bench Mark Stock Assessment (Fish Count) finally came in and revealed what we had all suspected. The red snapper had recovered well beyond what the prior estimates were telling us. The new assessment allowed for an increase in red snapper harvest for this year. Being that the June season had already started and there was no ability to add it to that underway season, the Gulf Council set a one day meeting for July 17, 2013 to deal with the increase and set another season for early fall to finish out the increased quota. This meeting was still working with a degree of uncertainty on setting the season dates because the estimates on how many fish were landed in the June season were still not available. After much discussion and debating multiple options, the council decided to reopen fishing for red snapper on October 1, 2013.

Now I don't get excited about much these days when it comes to red snapper, but the aspect of fishing for them again in October has me rubbing my hands together and looking forward to the start. The opportunity to chase amberjack and red snapper in the same day is something that we haven't been able to do for a few years now. Even the fishing will be completely different. Unlike June, the fish will not be spawning. This should make a noticeable improvement for targeting the larger fish, for those that are willing to slow down and make the effort.

The best part about this current harvest increase and October season is that it will put fisherman back on the water. This late surge of fishing will greatly benefit not only the fishermen, but all the local business that rely on them. In these difficult financial times you will be hard pressed to find anyone that would complain about a late fall surge in our coastal economy.

Only time will tell how the weather will let us take advantage of the second red snapper season of the year but if it is anything like the first, it's going to be well worth the wait.