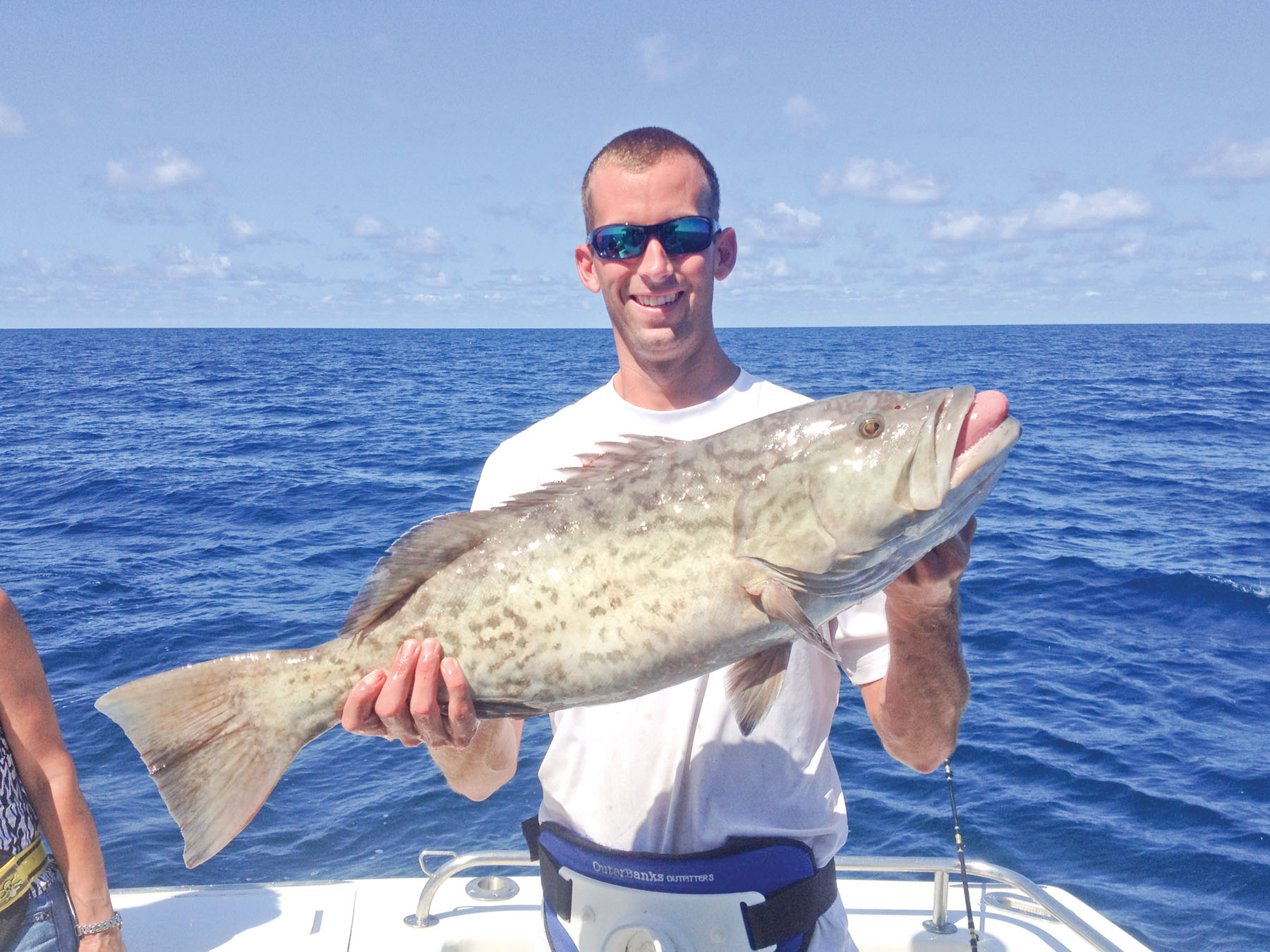 Its been said many times that time flies when youre having fun and I have to agree. As the peak of the summer fishing season is quickly fading, I have to say it has been fun and a bit unusual, to say the least.

Much of this year has been fairly rough even by the standards of seasoned blue water veterans. We have dealt with a 40-day red snapper season that ended up being extended 6-days still earning distinction as shortest on record. We dealt with a couple red tide events that coincided with our tarpon migrations and crushed our nearshore fishery for a few weeks. We are seeing our oil and gas production platforms removed at an alarming rate, which is severely impacting the fishery in the lower half of the western Gulf along the Texas coast. From the perspective of a fishing guide, we are still seeing the effects of a down economy, our corporate charter business not returning as quickly as we had hoped.

Now with all that said, you are probably thinking; I thought he said he was having fun? Well I am. Please read on!

Even with considerable adversity that has been thrown at the Texas offshore angler this year; we are still having a stellar fishing season. After last years lack of cobia, and some speculation that the Deepwater Horizon oil spill may have hurt their numbers, they seemed to be back in decent supply and the landings continue to be fairly consistent. The average red snapper are larger than they have been in three decades. Much of our shallow live-bottom that was damaged by Hurricane Ike is coming back with a vengeance and holding fish with much greater consistency than it has the last two years.

Sailfish numbers this year have been as good as I can remember; even landing one just 4 miles off the Freeport jetty in July. The kingfish bite has been consistent all year with many being caught just off the beach throughout the summer. The one thing that may have been lacking this year was the usual large numbers of dorado but, the ones that have shown seemed to be heavier than average over the past few years.

Even when we can find things that seem to be adverse to either our fishery or our general access to a particular species of fish, the overall experience this season has been just as I stated earlier lots of fun!

To top off the summer we can always look to the shrimping industry and hopping between anchored shrimp boats for everything from sharks to tuna . As my deck hand recently put it, while explaining to a client what it was like fishing the boats, Working shrimp boats is like Christmas morning over and over again. You never know what youre going to get, one may hold a pair of socks and the next may have an X-Box 360. After I stopped laughing I had to admit that I had never heard it put any better.

Fishing the boats this year has also been about as good as it gets with the boats being deep enough to hold blackfin tuna as early as mid-July. With larger than usual numbers of boats working in water over 200 feet we have had a great year on the tuna.

This brings me to my point; I have mentioned fishing around shrimp boats in the past, yet I have been remiss on an important issue. I recently realized that I have never mentioned something I see every day and consider to be a common mistake anglers make when working around anchored shrimpers.

In my opinion, their most common error is spending too little time at any given boat in the quest to hit them all before anyone else can. I was recently fishing from one boat to another, making several drifts at each, when one of my customers spoke up and reminded me that a boat had just left the shrimper we were headed toward. I politely informed him that I had seen the boat leave but, figured he wasn't there long enough to convince me there were no fish present. We then proceeded to catch two very nice cobia off that particular vessel the previous anglers had failed to raise. I think in our nature to be competitive, many get in the habit of trying to beat the next guy and fail to fish thoroughly enough to discover what is in front of them.

In my experience, a short stop and one quick drift is a good way to pick up a couple of easy fish, but leaves many more to the guy that is willing to be thorough. So next time youre working those shrimp boats, if they show any signs of life on the first pass, dont be lulled into thinking that one quick pass is even near good enough. I often catch fish twenty to thirty minutes into chumming and working a single boat. On many occasions I find the fishing gets better with each successive drift.

Never underestimate the power of patience and a long chum slick. Let the other guys race around and barely get their attention while you ease in and clean up what they left swimming. I bet you will find that you become even more successful behind the boats.

This time of year is fun in many ways as we watch this fishery change with the season. And yes we can always dwell on negatives and things that are adversely affecting our sport but I see no need. Nice thing is that our fishery is so diverse and healthy that between the reef fish around our rigs, wrecks and rocks, to the predators on a weed line and the ever-present fall shrimp boats, time will fly and the fun has no foreseeable end.